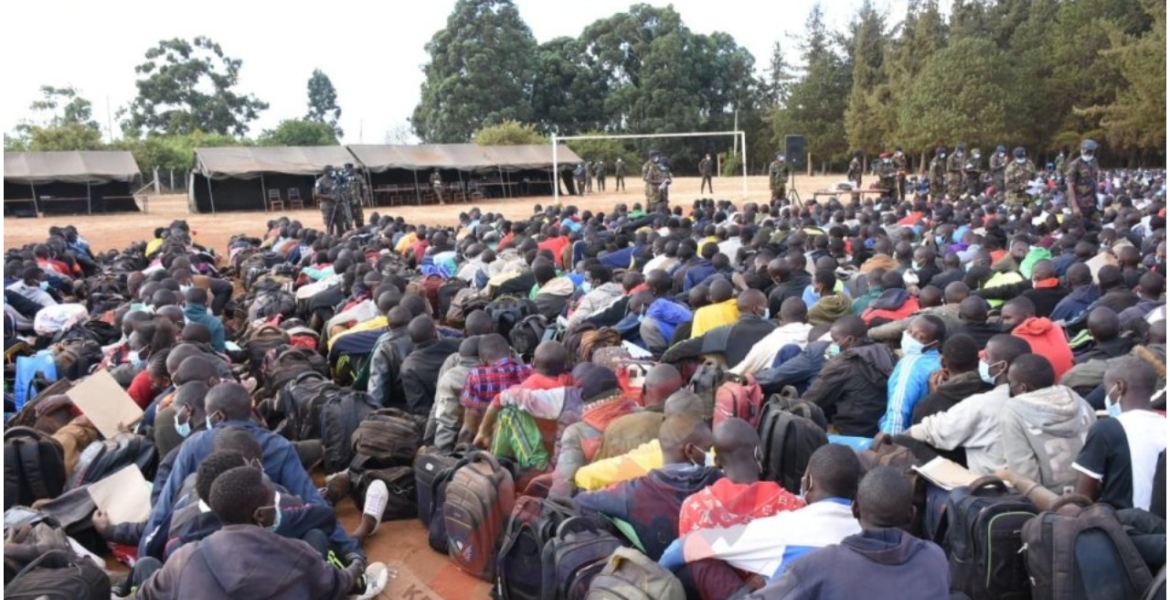 This comes after 57 recruits with counterfeit KDF calling letters were arrested in the recently concluded two-week document verification exercise.

In a statement on Monday, KDF said the arrested recruits were handed over to the National Police Service for further action.

Successful candidates are scheduled to begin their training after they were handed over to the Commandant Recruit Training School (RTS) Brigadier Paul Njema.

The recruits comprise of the General Duty recruits and tradesmen/women drawn from all the 47 counties. They will undergo a six-month foundational military training followed by more specialized training at their respective units upon passing out.

“Successful candidates for the various cadets positions are advised to report to the Kenya Military Academy (KMA) in Lanet-Nakuru, on dates indicated on their respective official calling letters,” KDF said.

That NEGROE land need uprising of poor people as it's rotten from head downward...

Does this mean that prior years were full of unsuccessful candidates? Because we know that fake certificates,and corruption in recruiting candidates,and employees has been going on for along time...
I would like to think that we have now put corrective measures that would nab any crooks attempting to scam the system.Or is this just a faible attempt to show the masses that something is being done?

Why are you arresting the victims of a crime?