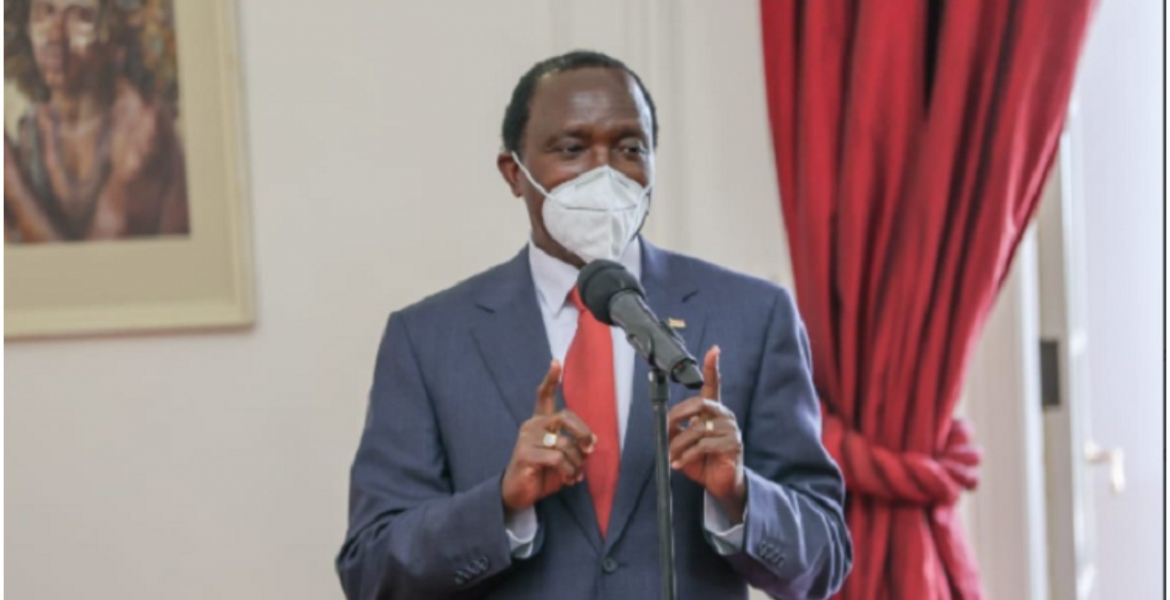 Musyoka clarified that it is impossible for the two parties to work together because they do not share any political ideologies and principles.

He further stated that the Wiper party is a member of the One Kenya Alliance, which believes in the empowerment of devolution.

“The wheelbarrow people believe in the bottom-up economy whose result is the return of harambees and handout economy yet One Kenya Alliance believes in the empowerment of devolution by devolving five percent to the wards,” said Kalonzo.

Musyoka also insisted that he cannot have talks with Ruto as he will be facing him in the 2022 presidential race.

He was speaking in Makueni during the burial of Wiper MCA Harris Ngui Musau, who died in a road accident last week.

Musyoka was responding to claims by Mavoko MP Patrick Makau that Wiper was seeking an alliance with UDA and Ruto ahead of the 2022 elections.

Why is it that the journalists keep talking about other parties reaching out to uDA? This uda is led by the biggest thief in the country but Kenyans do not seem to understand that simple fact! I really feel sorry for those Kenyans who glorify theft of our resources through corruption! Quite strange indeed!

Huyu wa Katikati cannot he trusted! He will negotiate with any body including the devil himself as long as he get a small post in the next government!

What kalonzo is denying will certainly turn out to be true in the end! Yeye atapitia huko katikati no matter how his actions may affect ordinary Kenyans.