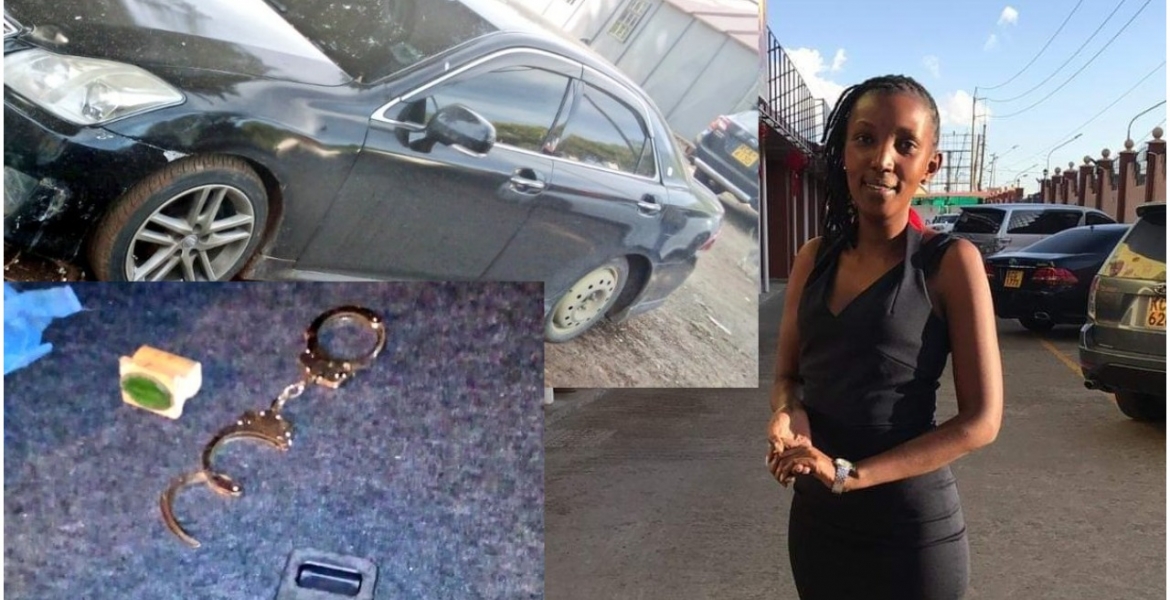 Her body was traced to Kajiado County Referral Hospital mortuary on Friday by detectives from the Directorate of Criminal Investigations (DCI).

Wanjiku disappeared on February 12th, a day before her Toyota Axion vehicle was found abandoned in Kawangware, near Gatina Primary School.

Four suspects, including Edwin Otieno Odiwuor, Samwel Okoth Adinda, Stevenson Oduor Ouma, and Mercy Gitiri Mongo have since been arrested in connection with her disappearance and murder.

Detectives said the deceased had withdrawn Sh350,000 from a Nairobi Cooperative Bank account on the day she went missing. After withdrawing the money, she went to Ngara to meet one of the suspects (Edwin) for a business deal.

The DCI said Wanjiku had called one of her friends to inform her of the meeting with Edwin, who was supposed to guide her in boosting her Stima Sacco shares with the money she had withdrawn.

“Once at Ngara, Wanjiku had been forced into a waiting black KCN 300D Toyota Crown in which Edwin was waiting, before being handcuffed & sandwiched by other suspects,” the DCI said.

Detectives unraveled the abduction and subsequent killing of Wanjiku after receiving a forensic intelligence of the crime scene.

Two of the suspects, Edwin and Samuel, led officers to Paranai area in Kajiado County, where the suspects allegedly dumped her lifeless body after torturing her.

“A pair of handcuffs used to restrain the deceased, her company stamp stolen from her car, and a surgical face mask believed to have been worn by her were recovered,” added DCI.

Wanjiku’s younger sister confirmed that the body at the mortuary was that of her elder sibling. The body had physical injuries on both wrists and other body parts while her eyes were gouged out.

Sleuths also recovered a Mercedes-Benz car at Edwin’s home, which is believed to have been used to dump Wanjiku’s body.

They killed her over 350k ! Fucking loosers!

Sometimes you wonder what got into some people’s heads and hearts. Why kill a prospective woman for a mere 350k? This is sad. Let justice be done.

Why did the police arrest them to be released on bond in court?The DCI should have shot them the moment they confessed.

Rip to family of the victim..kenya has turned out to be evil state.Those suspect should have lethal injection instead this issue of having them in jail not worthy anymore.

We went to the same high school. May her soul rest in eternal peace...

The standard newspaper gave a totally different account of the unfolding event leading up to the unfortunate grisly murder.

@ Jasiri,the account narrated by Standard is more detailed,and gives a somewhat clear turn of events.However, nothing in the account is so sinister as to result in her death,in my opinion.This is just cruel.RIP.

Kenyans are in a rush for shortcuts to get rich quick.Njia za muongo ni Tupi.

You kill my sister like a dog, I do the same to you, slooowwwlly and paaainfullly! This idea of ‘justice’ in courts is a fallacy. They bribe ‘bail’ and out, later case dismissed no evidence and they do the same to someone else...You kill, you also die!

... I think that the people who killed her, just like the people who killed Obado's girlfriend, and killed Msando, together with Ann Ngumbu, were hired professional thugs, who the victims trusted. Otherwise how do you explain the lack of forensic evidence at the scene of crime? A man can be able to smell a fake business con-job a mile away. Ladies don't smell fake business deals, when dealing with men, especially if you don't have a man in your life. I think that is what happened with our sister. May she RiP.