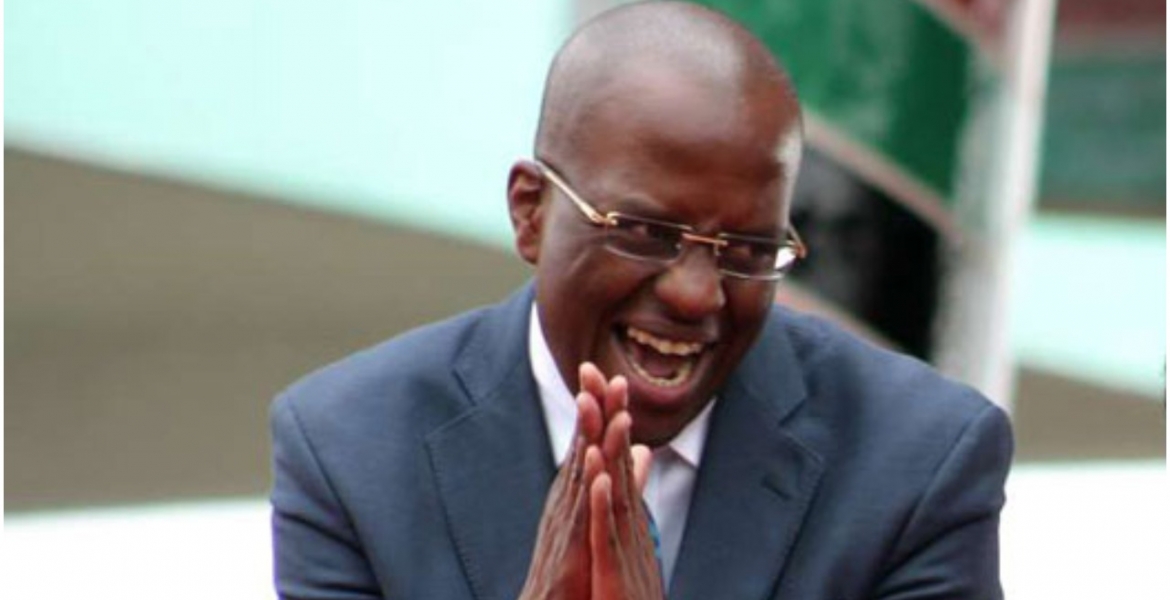 Former Nairobi Deputy Governor, Polycarp Igathe has asked the High Court to determine whether his resignation was formalized.

In documents filed in court, Igathe avers that although he tendered his resignation on January 12th, 2018, he is unsure whether the required legal procedures to formalize his resignation were conducted.

“That the legal effect of the failure to formalize or recognize my resignation and the failure by the Nairobi County or any public institution to conduct any legal formalities to conclude my resignation is a matter to be determined by this honorable court in my humble view,” Igathe says in an affidavit.

Igathe’s move brings a new twist to the ongoing dispute over the Nairobi gubernatorial seat following the impeachment of Mike Sonko in December 2020.

This month, the High Court stopped the swearing-in of Anne Kananu Mwenda as the new Governor for Nairobi.

The temporary injunction was issued pending the hearing of a petition filed by the Kenya Human Rights Commission (KHRC) and Law Society of Kenya (LSK).

The order was issued on the day Kananu, who was sworn-in as the county’s deputy governor on January 15th, took over as the acting Nairobi Governor from County Assembly Speaker Benson Mutura, who was holding the position following Sonko’s ouster.

KHRC and LSK are challenging the legality of the process leading to the installation of Kananu as the deputy governor.

Kananu was nominated to the position by Sonko in January 2020, but her vetting was suspended pending the hearing of a petition filed by voter Peter Agoro, who argued that Sonko violated court orders by making the nomination, given that he was barred from accessing office after he was charged with graft.

Agoro withdrew the petition early this year, paving the way for Kananu’s vetting. Nairobi MCAs vetted and approved her nomination before she was sworn-in in a ceremony held at KICC.

The deputy governor’s position fell vacant in January 2018, following the resignation of Igathe, who cited a frosted relationship with Sonko.

You walked away from the office betraying the trust the Nairobians had in you. What do you mean the court to decide for you whether you really left. You can't have your cake and eat it too. You left a clown {Sonko} in charge of our capital city instead of staying the course and fighting for the integrity of the office and the people. To be a good leader, you need a spine and resolve, honor and accountability. Goodbye, the train already left the station. There is nothing more for you. You look so sissy and confused. No wonder you don't know whether you left office or not. As soon as our judicial dummy A--holes decide you never really left, Nairobians will owe you retroactive salary payments for all those years. Don't try to steal money form Nairobians using our corrupt judges. We can see through you. Be gone already.

Igathe stop the nonsense. You walk out of the job/quit that means you no longer hold the job. You have been working in the private sector for couple of years. Even an idiot knows that you are not Nairobi DG.

There must be a limit to madness/insanity and outright disregard to the constitution/rule of law and good manners. Magathi guy having seen that Kenya is led by mad people now thinks that the courts can deem him "not to have resigned" and hence is still the deputy governor? In Kenya you can walk out at any time and walk back because you are so important- you can even be on the "pipeline of appointment" wait for 1yr and be installed at any time- what happened to us? How did uhuru sink this low that he can be party to this garbage? How can these people accept elections in 2022 if they can "install" their chosen ones?

If he has not turned up to his work place in the last 2 years, and he was not sick, with no approved leave, he probably does not work there.

Attention seeker. Kwani he is the only one who deserves a good pay and high positions amongst all Kenyans. Please stop this

Why did they impeach Sonko?

Thought this guy was a professional with good office and personal etiquette. He wrote a letter of resignation by himself, signed it and made its delivery and now he is doubtful if he did? And now looking for a judge to advise him that he did not? If he has not been in the office for all this time and even if he thinks he didn’t resign, he stands fired.
If we assume a case where he picked a judge to rule that he didn’t resign or at least not properly, how the hell is he going to explain the two year desertion from work?
He behaves like he was whisked away out of a blanket just to realize he was a City deputy governor under Mike Sonko!

Why has the post of deputy governor or even governor suddenly become so popular .Goes to show the greed of these so called applicants.Maybe it is time the government grabbed it back there appears to be lots of money to be “stolen” and NMS should stand their ground.They should insist on running Nairobi until after the 2022 elections those interested in being governors should report to their mashambani constitutuencies and campaign there it is hard to garner votes among your kin they know you best some who only show up during election time looking for votes will find it hard to succeed ask Gideon Moi always in Nairobi has no time for the locals

Igathe is just another educated fool who jambazi Uhuru wants to use to loot everything from Nairobians/Kenyans.Time for bloody revolution is now.Kenya is in a TOTAL MESS thanks to Uhuru being in charge of CORRUPTION(Uhuru loots shs 2b. daily),INSECURITY and importation of CORONA by Uhuru himself.DAWA-RISASI TU