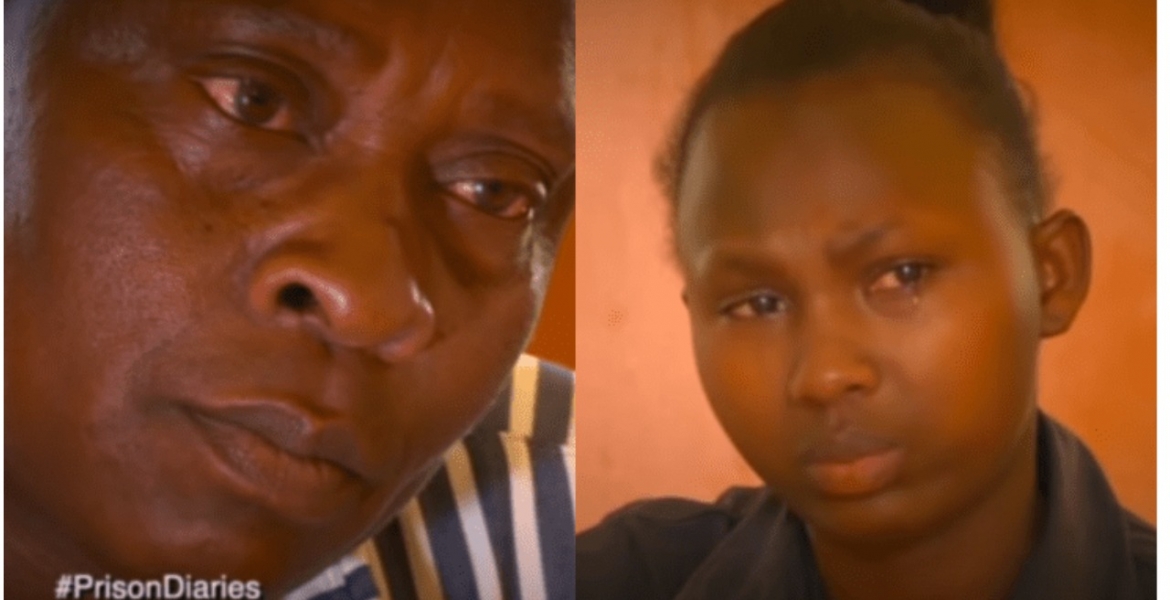 A Kenyan father who was serving a life sentence after his daughter allegedly framed him for rape has been released.

Julius Wambua was freed on Wednesday after Machakos High Court Justice George Odunga quashed his conviction and ordered a retrial if the Director of Public Prosecutions finds it viable based on the amount of public interest the case has generated.

He was freed on a cash bail of Sh30,000 and an alternative bond of Sh200,000 with a surety of a similar amount pending retrial.

“The petitioner’s appeal has been considered and determined that he was accused by someone who was coached and wasn’t her own words, therefore justice must be rendered. Pw2 and Pw3 were coerced and threatened by their mother and police so as to implicate the accused over incest and coached on what to say in court. Justice didn’t happen at the time of trial since Pw2 was a minor and was under coercion by the mother” Justice Odunga noted.

In a story aired by a local TV station, the man’s daughters admitted they were coached and coerced by their mother and police to finger their father of defilement.

In 2012, Kithimani principal magistrate A.W. Mwangi sentenced Wambua to life in jail after finding him guilty of defilement.

Last year, Wambua’s daughter filed submissions at the Machakos High Court recanting her original testimonies, saying she framed her father under instructions from the mother.

This was the second petition to have Wambui released after an appeal against his sentencing was dismissed by the Court of Appeal in May 2019.

A three-judge bench made of judges William Ouko, Wanjiru Karanja, and Jamila Mohamed dismissed the appeal arguing that it was time-barred and that the court-set timelines for filing and producing evidence had already lapsed.

Wambua has been in prison for the past eight years.

Was there any medical report to show the girl was defiled?

That Lazy judge should go to Jail. Bure kabisa.

Change the law.such you njustices should not be limited by law.This just makes the innocent suffer unnecessarily. Certainly it is very unfair to tell the innocent,"we agree with the new evidence that you should be freed,but your witness,and evidence have come too late",as though the prisoner holds the decision.
And the mother should not go unpunished.

Change the law.such you injustices should not be limited by law.This just makes the innocent suffer unnecessarily. Certainly it is very unfair to tell the innocent,"we agree with the new evidence that you should be freed,but your witness,and evidence have come too late",as though the prisoner holds the decision.
And the mother should not go unpunished.

What kind of judges let an innocent man rot in prison because its time barred?
And why aren't the women charged with perjury?

That mother should be jailed for life. She makes genuine defilement cases be doubtable. This is a crime against all women/girls out there who have been defiled but perpetrators are not charged because one believes their story. And this law that gives a timeline for being exonerated is pure nonsense

What evidence was used to Convict in the first place? Can someone just point to a person and say 'he raped me', and because of that, a human being is sentenced to life in prison? It is not difficult to get medical Evidence of defilement. The man was just jailed without any evidence that a Crime was committed. It is not the fault of the Law, because it requires Evidence. The Judge who jailed him should be removed from Office, and he should sue the State for damages and wrongful imprisonment.

This is very sad. Why are some women so wicked and so evil? Seriously you punish your children by making sure their dad is locked up for life nkt. Karma will find you. Let's be realistic for once if you can't sort out your problems with your hubby don't use your children as your weapon. When you met your children were not involved and they should not be involved in your marital problems. Sort yourselves out or make an exit and respect each other decision because that's what mature people do.