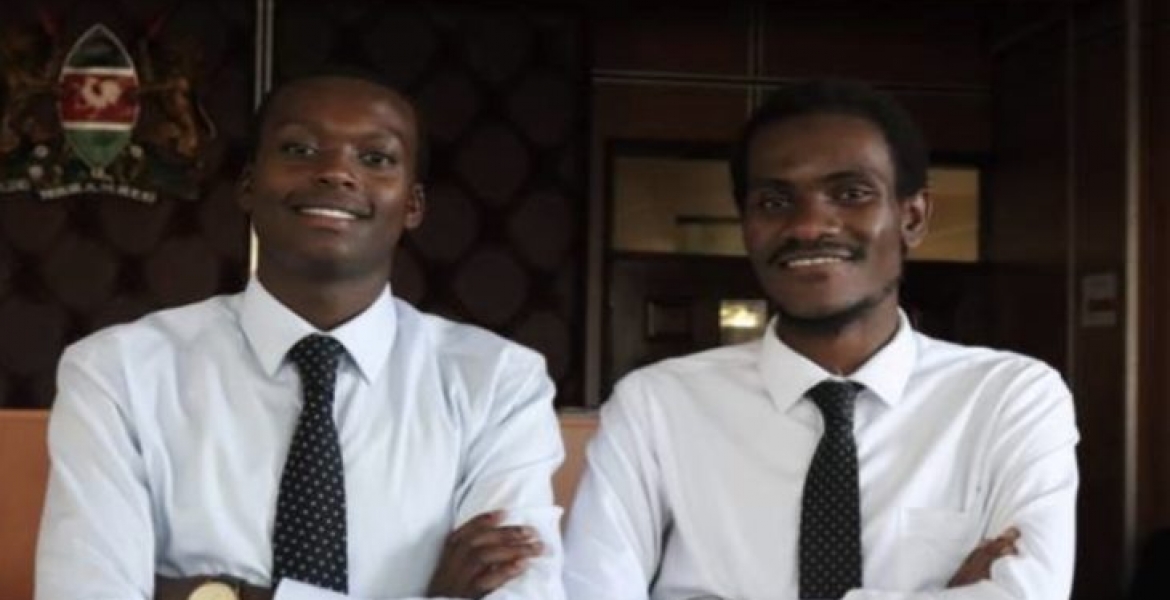 Kenyatta University (KU) has sailed to the finals of a global law competition after defeating UK’s Oxford University in the semi-finals.

Oxford, one of the most prestigious institution of higher learning in the world, was the defending champions in the Nelson Mandela World Human Rights Moot Court Competition.

In the annual contest, law students from various universities across the world are given a hypothetical human rights case to argue. This year’s competition was held virtually due to the Covid-19 pandemic.

“We went into this competition with the determination to elevate the voice against violation of human rights, and to that extent, we are proud of achieving this level of success,” Netya told BBC.

In the other semi-final, Kenya’s Strathmore University trounced Universidad Catolica of Bolivia setting the stage for an all-Kenyan final.

This is the first time an African team (two in this case) has progressed to the finals of the competition since 2009. All the four students who will face-off in the finals are below the age of 23.

The team of three students, namely Mishael Wambua, Kandalla Maleehah, and Catherine Penda, made history after beating Harvard Law School in the final of the competition held in Geneva, Switzerland.

In the competition, participants are required to prepare and analyze a fictive case and present their arguments both for the Complainant and the Respondent in front of a panel which comprises of WTO and trade law experts.

Hii ni kujichocha useless. Hakuna mahali hii sifa ya peni mbili itasaidia. Kenyatta ranks nowhere in the world...I'd like to think that the students who participated (from Oxford) did not care to impress anyone.

The students did great, but unfortunately very first world countries respects the Kenyan school system although it one of the best.

No it is NOT. Too much rote learning...no research activities, an overwhelming intellectual laziness.

Ha, I can only laugh. Who cares whether KU beat even Harvard? What's there to gain?

A venture into human vanity. A test into how one can accurately pronounce the Queen's English. No clue if one can effectively represent a Client, or win a Case, in Court, which is the purpose of having a lawyer in the first place. Just hot air. Bure Kabisa!

They will just be the next group of crooks swindling Kenyans. I say let us have a good start with all lawyers at the bottom of the sea. Is it not Kina Orengo, Mutula who are defending Wako wife from thievery?

I'm thoroughly impressed and proud of our Kenyan students and universities. This goes to show that with titles, prejudice, and privilege aside Kenyan education is the cream of the crop. Harvard and Oxford just cash in on old glory and name recognition. I am over the moon to see my Alma mater blow Harvard out of the water!

Good job to our students.We have many Africans who don’t believe anything good can come out of kenya or Africans juu they r heavily brainwashed with white mentality/yet they worship pope in Catholic Church/worship other churches n Jesus which originated from Europe.They r busy enslaving themselves in the Western world cleaning buttocks/bin watch mama/driving trucks/ yet they have schooled heavily with degrees/masters.They r old fragile working doubles n triples in this modern slavery whitish countries they call heavens yet they r dying inside.Guys our students did good n they will go far so haters should zipppp it or kogratulate our student.

Get over it...Kenyan lawyers cannot practice anywhere else but Kenya. Laws are country specific.
I am waiting for STEM achievements to cheer. Now that is worth praising. These other mouth-bobbing efforts are of little use to a nation that needs scientists, researchers and doers.

Sadly that's not the case in Kenya. The reward people who talk. Comedians, politicians, radio presenters and crooked lawyers whose jobs revolve around blubbering stand a better chance of making it in life than a doctor or a nurse who is working quietly.

@ mkenya halisi, those Africans who you say don't believe that anything good can come our of Africa,is it because they believe that an African is inherently inferior, or is it due to lack of resources?
Not too long ago on this forum, people were making fun of BJ 50 car designated by a Kenyan inventor.I for one was impressed,notwithstanding his academic level.The question I have for you is,when are we going to see our products,and researching being world beater,as we do in track and field?

This goes to show given same resources, our students can excel anywhere. We are just as good. Period. Proud of them. Let these big brains not go to a waste!