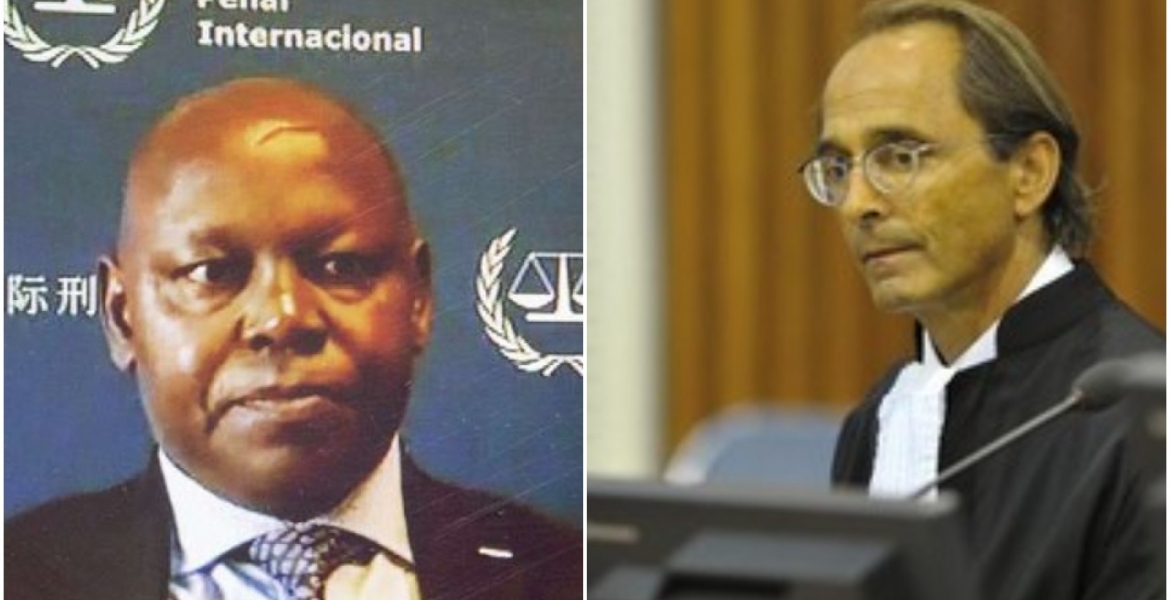 Gicheru is suspected of offenses against the administration of justice consisting of corruptly influencing witnesses.

He is believed to have bribed or attempted to bribe six key prosecution witnesses by offering them bribes and other inducements so they could recant their evidence and withdraw as witnesses.

The withdrawal of the witnesses led to the collapse of the criminal cases against Deputy President William Ruto and radio journalist Joshua Arap Sang, who were being tried over the 2007/2008 post-election skirmishes in Kenya.

Gicheru surrendered himself to the Dutch authorities on November 2nd, five years after The Hague-based court issued a warrant of arrest against him.

On November 6th, the accused appeared before Judge Reine Adélaïde Sophie Alapini-Gansou of Pre-Trial Chamber A where he denied all the six charges leveled against him.

“I do not admit the false allegations leveled against me,” he said.

Gicheru had made a request to represent himself but the prosecution advised him to seek legal counsel instead.

Gicheru is said to have called the ICC’s Counsel Support Section this week and informed them that he had settled on US attorney Karnavas, who has over 33 years of experience in the legal field.

Karnavas, a Cleveland Marshall College of Law and George Washington graduate has represented high profile individuals accused of war crimes at the ICC for the former Yugoslavia (ICTY) and the Extraordinary Chambers in the Courts of Cambodia.

He was the lead counsel for Jadranko Prlic, then Prime Minister of the Croatian Republic of Herzeg Bosnia. Prlic was in 2013 sentenced to 25 years for his role in the Croat-Bosnian war.

You don't need a lawyer. Just go back to our ancestral traditional culture and present the truth as you know it? Just speak the truth Ndugu!

Lying was not part of our cultural values and intrinsic traditions. It was brought to us after Kenya was illegally occupied by alien irrational forces from Europe..

The truth is something Gicheru is not ready and willing to tell! He will die while spinning the truth! The blood of those who died has been haunting him all along!

Gicheru has forgotten why DP Ruto was specifically targeting the Kikuyus in the Rift Valley.

Ruto felt and still feels that the Kikuyus were doing better than his herding kalenjin tribe. So he thought the best alternative to competition was to have all the Kikuyus displaced and sent back to central Kenya!

No wonder he has secured a top lawyer to spin the truth for him.

You thought it was going to be a walk in the park @ Gicheru! Didn’t you? Stay where you are currently locked up! You bribed on behalf of Ruto to make sure evidence and the administration of justice was blocked! I hope ICC keep you there for the rest of your life!

This lawyer has never won a case for the Yugoslavian murders! Gicheru might not be too lucky here!

Gicheru is being fed very well at The Hague! His face was looking dull and grim the day he turned himself in. Now his face is beginning to shine!

So it is better for you Gicheru to have a permanent residence at The Hague after all!!