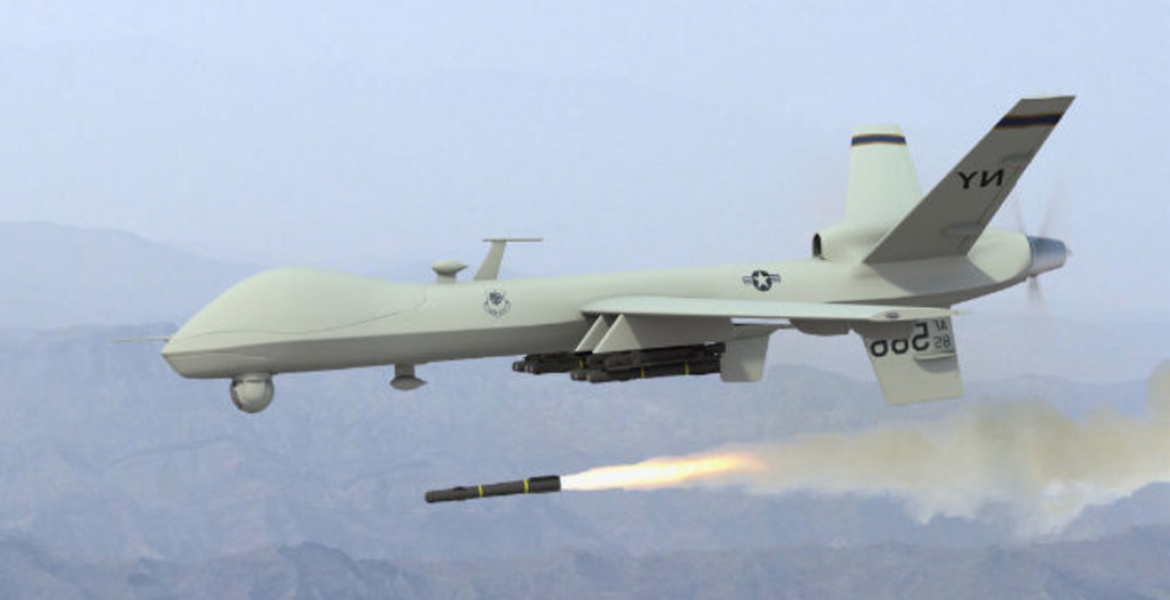 The US military Africa Command (Africom) is seeking approval to carry out armed drone attacks in some parts of Kenya.

The move is part of its efforts in the ongoing fight against the Somalia-based Islamist terrorist group Al-Shabaab, according to The New York Times.

The US military has come up with draft rules to guide drone strikes in Kenya which need to be approved by the US Defense Secretary Mark T. Esper and then President Trump.

The push for authorization to use armed drone strikes is informed by the January 5th, 2020 Al-Shabaab attack on Camp Simba, a military base in Manda Bay, Lamu County which hosts both US and Kenyan troops.

Two US military contractors and a soldier were killed in the attack while property worth millions of dollars was destroyed.

US officials said Africom requested permission to conduct a drone strike while the attackers were still on Kenya territory but the insurgents had already retreated to Somalia.

This is when Africom realized they lacked rules to carry out drone strikes in Kenya, leading to the drafting of the guidelines to be used to counter future attacks by the militants.

Africom, which already has permission to carry out drone airstrikes in Somalia, will also seek Kenya’s authority to stage such attacks.

“Africom certainly recognizes the need to apply consistent international pressure on Al-Shabab and to monitor their activity, presence, and actively confront them in order to prevent their spread. This can take several forms,” Africom spokesman Col. Christopher P. Karns told The New York Times.

Sounds good to me! The terrorists need to be nuked while they least expect it! Very good deal! You will never regret going with the best force!

I have to disagree with you Mr. Mutai...this is just a disguise for Modern day slavery...

Kenya must say No!. We are a sovereign nation and once US comes in, they will never leave. They begin with drones and before you know it, the F35. This is not about terrorists. It is about countering the Chinese in Africa. Read between the lines wise people.

No no no no the last time the Some African Union approved its skies they killed Gaddafi n destroyed livelihood destroyed Libya which was doing so well economically n it’s currency was stronger than the us$.So mr president don’t allow those strikes.Let our kdf pull out n man our borders.Who trust USA anymore???

Think of communities in areas where they send lethal drones. innocent people, including children will die. They have been doing it in Somalia and they haven't succeeded. Instead, they have displaced, maimed and killed families. Kenya should say no to this tyranny. You can't win the young generation joining al-shabaab by bombing their communities. you need to win their hearts and minds.

Buyer be ware. When land called America today was taken over from the natives, how many natives were killed while the rest were taken to reserves to this day.
Before our leaders sign anything, they should research "'The trail of tears".
These are nations at war ( China and USA) but when it comes to the black nation, they always unite against it.
They will request just to put in their head ( the drones) next they will put their body in and throw out the owner of the house. Let everyone be awake and watch our leaders. We are not slaves anymore. 400 years are over!!

My dear fellow Kenyans and the M-Pigs that we collectively voted for to lead us...Not the Chinese nor the Americans have the best at heart for Kenya...It's time for our leaders to put Kenya first...Say NO to modern day slavery..