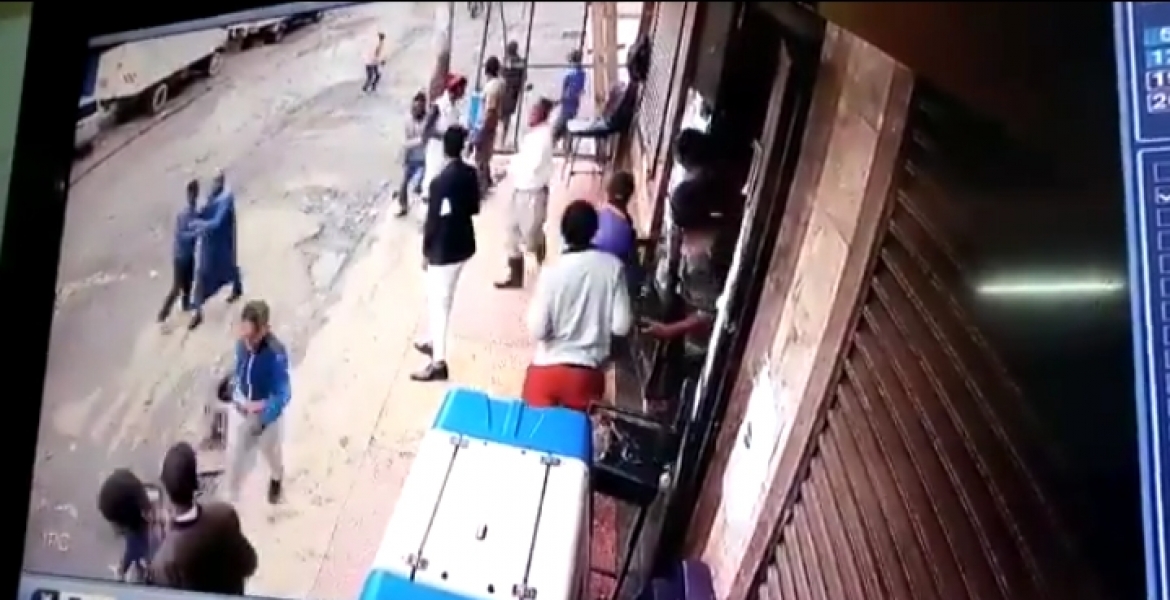 Police have launched a search for two armed robbers caught on tape shooting a civilian in Nairobi’s Eastleigh area on Tuesday.

In a clip shared on social media, one of the two men is seen firing at a man after a botched robbery incident in Eastleigh’s 14th Street before escaping on a motorcycle.

Robbers shot someone in a botched robbery in Eastleigh 14th street. Theee guys must be brought to book. @DCI_Kenya pic.twitter.com/M9LlYVd8hK

The victim, a man wearing a black jacket and white trousers, was among bystanders watching the suspected robbers flee the scene of crime.

Through Twitter, the Directorate of Criminal Investigations (DCI) said detectives based in Buruburu are pursuing the suspects. The agency added that the victim was rushed to the hospital and was in stable condition.

“…Detectives based at Buruburu have commenced investigations into this unfortunate incident with the aim of bringing the culprits to book. The victim was taken to hospital and is in stable condition,” the DCI said.

The DCI further urged anyone with information that may lead to the arrest of the suspects to report to the nearest police station.

On day light??? This is getting out of hand but who to blame the poor Governance. Look Waiguru steal Millions at NYS, Kirinyaga. Rutto and his cronies milk the Dams & Uhuru and family steal Mobile Clinic and SGR leaving the country poor. What will the youths do