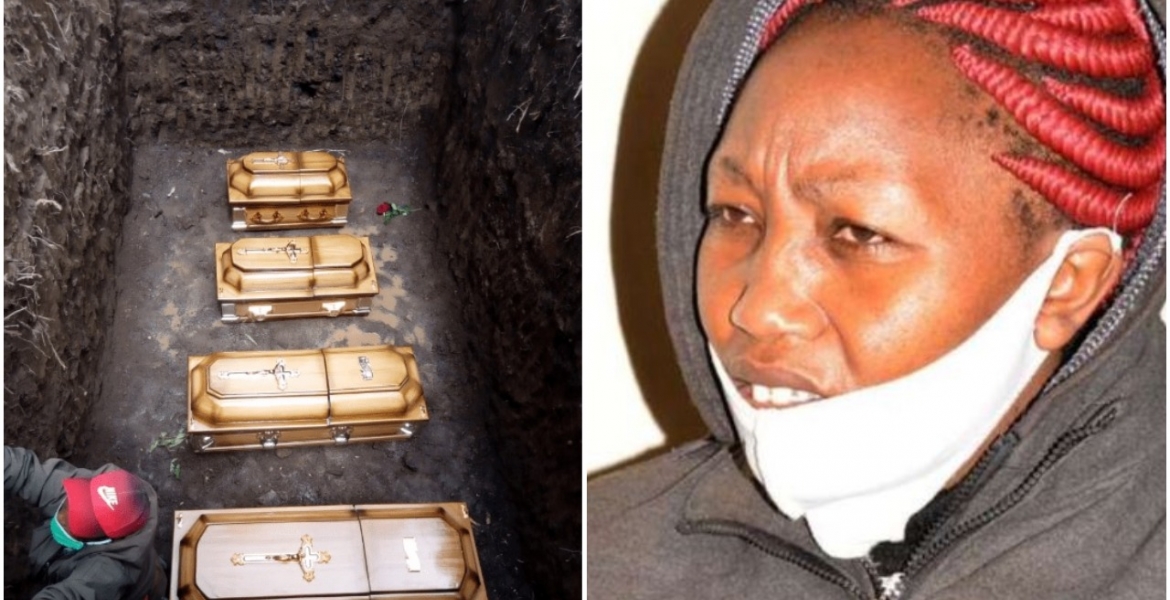 A 42-year-old Kenyan woman who killed all her four children on June 27th has been committed to a mental institution.

This was after a mental assessment report presented to a Naivasha court from Gilgil Mental Hospital revealed that Mwende had underlying issues, hence unfit to stand trial.

Mwende, who is being represented by lawyer Francis Mburu, did not take a plea after the report said she was mentally ill.

The matter will be mentioned on September 23rd, 2020 to determine progress made in the treatment.

The four children were buried in an emotional send-off in Kinangop, Nyandarua County on July 2nd.

She did not kill all her children. She left the 2 oldest. There is a note she left to her son who is a University student.