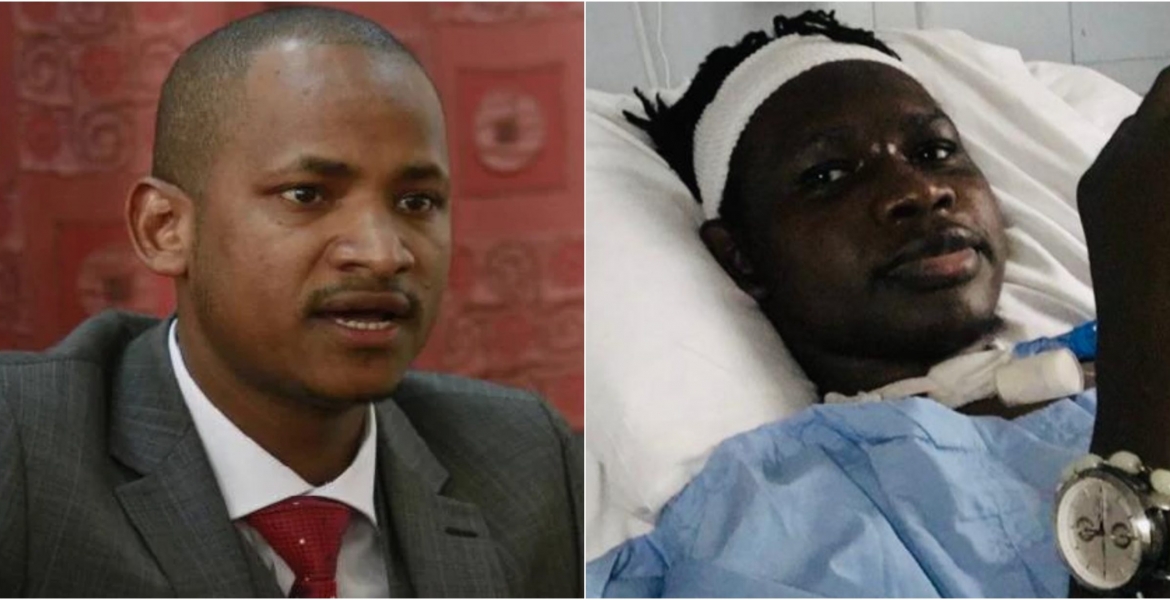 The order issued on Wednesday by Nairobi Senior Principal Magistrate Bernard Ochoi gags the Office of the Director of Public Prosecutions (DPP), the Directorate of Criminal Investigations (DCI), the media and bloggers from commenting on the case, where MP Owino is charged for allegedly shooting Felix Orinda, alias DJ Evolve.

On Wednesday, Owino’s lawyers Cliff Ombeta and Dunstan Omari told the court that the DPP recently incited Embakasi East constituents to recall the MP over the incident.

The defense team argued that the actions of the DPP are affecting the emotions of the accused person.

The matter will be mentioned on August 11th to confirm whether Orinda has recorded a statement.

Last week, MP Babu threatened to sue NTV for airing an interview with Orinda, who was recently discharged from the Nairobi Hospital after being bedridden for six months and undergoing multiple surgeries.

In a demand letter, Owino’s lawyers claimed the story by NTV was meant to “attack, accuse, persecute, reprimand, and convict our client in the eyes of the public with the sole intention of whipping up emotions and inciting the public against our client.”

Babu Owino is alleged to have shot and wounded Orinda at B-Club in Nairobi’s Kilimani area on January 17th, 2020. He denied the charges and was released on Sh5 million cash bail.

So this fool is worried about his reputation after almost killing the poor guy. The DJ is the victim here. Things will never be the same with him. Give me a break. This fool should have been tried for attempted murder. Nothing short of that. God forgive I don't and in this case an eye for an eye will come to play. You do onto others as they do onto you.

The court is gagging the media, DPP, DCI etc from commenting on this case so that it can die slowly and never be heard, Kenya Courts not justice kabisa, what other evidence do they need and yet all were produced by cctv?? Already BABU bribed them. But kilio cha huyu jamaa haitabaki bure, his justice will be served soon. My prayers will be answered in one way or another. So sas Kenyan courts, kujuana courts