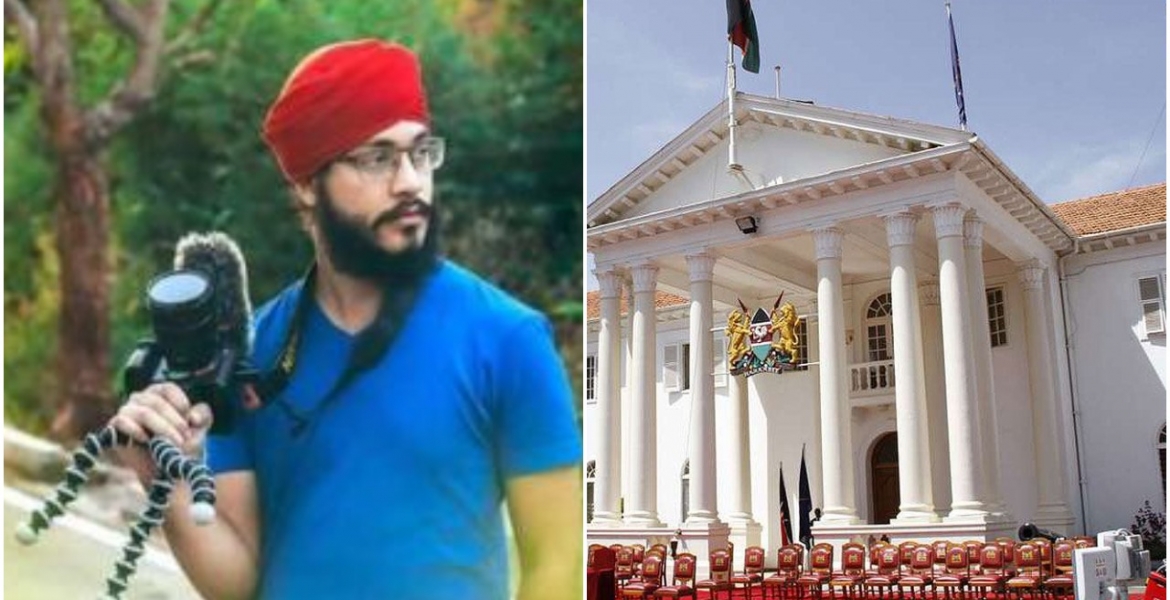 State House has reportedly agreed to compensate a Kenyan travel vlogger whose video was used to make a documentary aired during Madaraka Day celebrations on Monday.

Rajvir Sion, alias Adventure Singh, said State House did not seek consent from him to use the content neither did they acknowledge the source.

Through social media, the content creator said he was not only shocked by the use of his video in the documentary but also to watch himself on TV.

"(The State) has blatantly stolen my content with no consent, no permission, no credits, and no compensation. These clips have been played on Live TV (licensing for these can cost in the hundreds of thousands). I am not even counting the fact that they have used my face on live TV which is a separate cost on its own," he lamented.

He later said State House officials contacted him and committed to compensating him for the content used without his authority.

“The guys from State House Media reached out to me and we are now in talks and see how I can be compensated,” Sion said.

Sion, who utilizes his time to travel to various sites in Kenya, uses YouTube to recommend travel destinations that are ideal for weekend getaways and vacations.

Would they have agreed to pay if it was a kenyan? Even right here in Kenya right at home we get treated like second class citizens by people who are as black as I am.

Read well and stop payukaring. This guy is a Kenyan.

Assume the guest forgot the word real black before Kenya in the first sentence. Too quick to observe the negativity is a real threat to humanity.

He does not look Kenyan. The kenyans i see in mathare and kawangware don't look like that. He looks like an indian if you ask me.

Would they have agreed to pay if it was a kenyan? Even right here in Kenya right at home we get treated like second class citizens by people who are as black as I am.

Damn Indians and money! Give him two rupees and deport him! The material was taken in Kenya! What does he want?

Umbwa kali wewe ... he is a kenyan citizen ... u want him to be deported to where ??? Brarry fuuuuu

Deport him to Wuhan, China!! Period!!

He is a kenyan citizen stupid.

Where did you see a true Kenyan wearing some girly red turban? He is sucking money that can be used to help true Kenyans. He want to be paid over photos he took without authorization of our country. Tell him to stop being a leach to our country.

Piracy is illegal all over the World.

Blatant ignorance he is kenyan

A good start. Kenyans need to respect intellectual property. People just steal others’ stuff abandonly. I just told off a bank for putting me on their Facebook without my consent.

It was a case of mistaken identity! Who would want your old face on the their Facebook page?? Wow, your name just tell it all..

Whose intellectual material? His or of Kenya’s landscapes? He should be paying Kenya for taking shots of unauthorized landscapes!

That must be a very desperate bank to put your ugly face on their fb page! Are you kidding me? These luo women and propping their horns up!

This guy is more kenyans than the black diaspora wazungus who left kenya 5-10-30 years n have never returned.They r stuck in wazungu country.Some left their children wakiwa small n now wako wazima ati working helping them when ur stuck in those foreign countries for decades.I have never understood why somebody leaves wife/husbands/kids for more than 6-10 years n never to return.Kwani hii pesa imerogwa au wamerogwa or cursed.So in short this guy is a true indian kenya who markets n travels for our beautiful country.Let any black african think twice after the killing of another black americans.Your kids n u as black man in western world is not safe at all whether u have papers/educated/not educated.They will always see u as a slave,stupid n backwardness who invaded their country.So this indian kenyan is freely enjoying his country comparing with many of u stuck atiiiiiii abroooooadddd.Watch his youtube videos online.