'I was Misquoted': Raila Denies Asking Kenyans to Cremate Kin Who Succumb to Covid-19 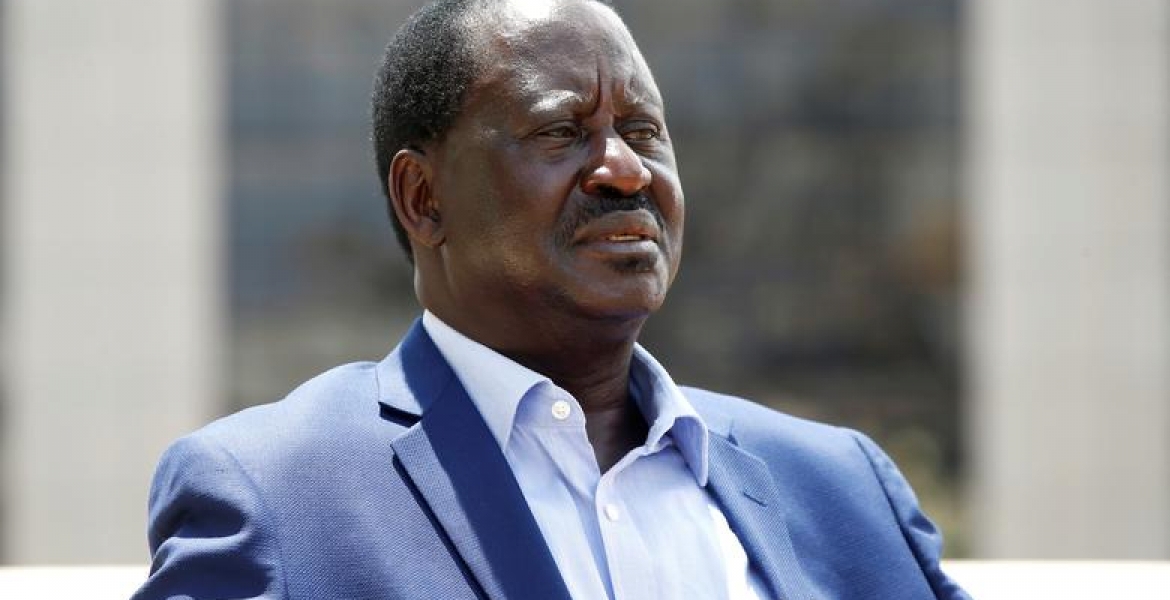 ODM leader Raila Odinga has dismissed a report by a local publication claiming that he called for the cremation of Kenyans who succumb to Covid-19.

The Star in an article dated May 27th quoted Odinga stating that bodies of Covid-19 victims should be incinerated instead of burying in order to prevent the spread of the infection.

Odinga, according to the report, termed the transportation of bodies of Covid-19 as a dangerous practice that exposes family members and mourners to the disease.

“My mother died while I was in detention and I visited the graveside four years later upon release. Don’t go to funerals that are not a must such as those for people not related to you,” The Star quoted Odinga as saying.

“We must stop this cultural belief that a dead person must be ferried and buried upcountry. They can be buried in cemeteries in urban areas where they died.”

Odinga, in a statement through Twitter on Thursday, May 28th, said he was misquoted by The Star, noting that he only advised bereaved families to exercise caution while laying their loved ones to rest amid the Covid-19 pandemic.

“I wish to clarify that in my interview with Kameme TV and Radio Milele, I did not ask the Luo or any other Kenyan and African community to cremate the dead as reported by The Star Newspaper. Instead, I called on Kenyans to embrace speedy burials and avoid elaborate and crowded burial ceremonies at this time of COVID-19 to help contain the spread of the Coronavirus,” Odinga clarified.

He added: “I ask Kenyans to treat the report in The Star as a continuation of the sensational misreporting that has characterized the paper lately including a recent false and sensational report that I was to head an economic recovery team.”

Odinga further indicated that cremation has never been part of the culture of most African communities and must not be imposed on people.

Raila did not say it. It's me who said it! And this is so that in case things get too Expensive or Impossible to take the Body back home, the Relatives or Friends in Diaspora can keep the ASHES until an Opportune time for taking them (ASHES) to Kenya. But this not a must; but just plan B (instead hurrying a Loved one in Foreign land just like that and maybe against the Wishes of people back home). Meanwhile: Stop blaming Everything on Raila!

Raila is correct! Why are folks so tiffed about the body of a dead person? The cremation idea is not that off the wall. The way things are normally done have severely changed with Covid 19. Cremation can largely reduce the risk involved in handling a dead body!

What’s wrong with cremation? Soon we are going to accept it.

Raila is a veteran politician.He will back out of any controversial statement he makes,by the well known defense of,"Iwas misquoted"or quoted out of context"
If RAO actually said it,he should stand by it instead of cowering. Nothing wrong in questioning so called african culture when it seems irrelevant,or counterproductive?
How many Luos still knock off their teeth?For all iknow those who did are wearing dentures.
People let us do what makes SCIENTIFIC sense.

The silver lining in the coronavirus pandemic is that it challenges our way of doing things. Culture is dynamic and it evolves. No need for a settled Nomad in the diaspora to be buried in Kenya if they pass away in diaspora. Zika huko ulaya. Stop making Kenya a cemetery. Bury where the deceased lived.