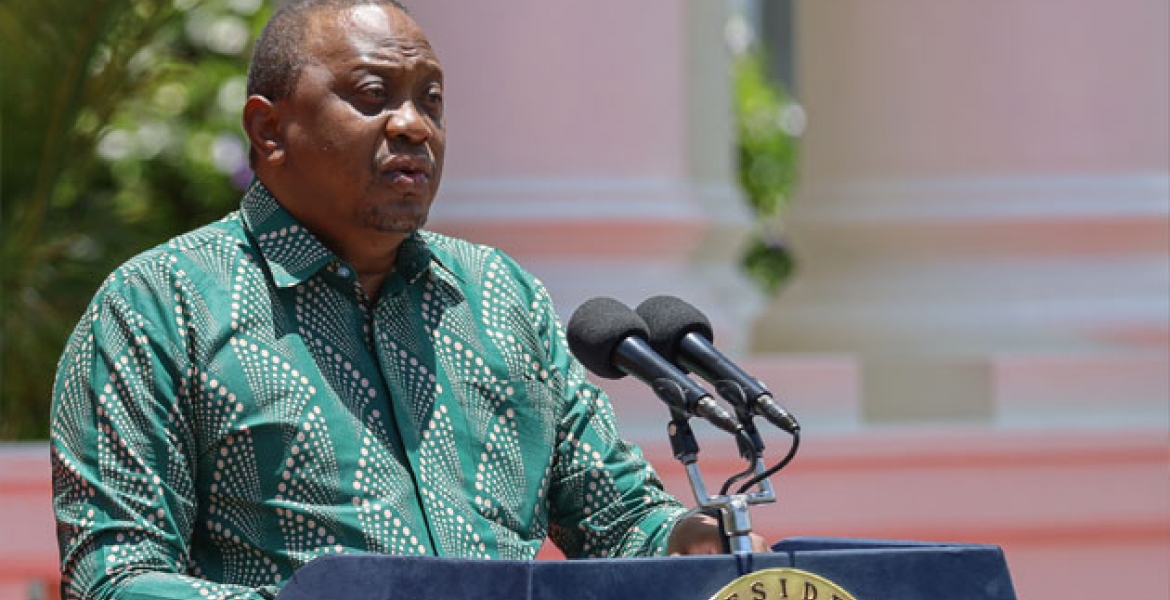 President Kenyatta has unveiled an eight-point plan whose aim is to revamp the country’s economy, which has been ravaged by the Covid-19 pandemic.

Sh53.7 billion has been allocated towards the initiative dubbed the Economic Stimulus Program, which targets key areas among them Education, Infrastructure, Small and Medium Enterprises, Health, Agriculture, Environment, and Manufacturing.

Uhuru said Sh5 billion will be used to hire Kenyans who will be tasked with repairing access roads and footbridges destroyed by floods.

Sh6.5 billion has been allocated to the Education Ministry for hiring of 10,000 teachers and 1,000 ICT interns to support digital learning as well as the acquisition of 250,000 locally made desks.

Sh10 billion will be used to pay outstanding VAT refunds and other pending bills while Sh3 billion will act as seed capital for SMEs credit guarantee.

On health, the government has set aside Sh1.7 billion towards expansion of bed capacity in public hospitals and hiring of 5,000 health care workers with diplomas.

The hotel industry has been allocated Sh2 billion which will be given out as soft loans, Sh1 billion will be spent on the engagement of 5,500 community scouts and another Sh1 billion for 160 community conservancies.

Sh1 billion has been set aside for floods control and Sh850 million for the rehabilitation of wells, boreholes, water pans, and underground tanks.

The Greening Kenya campaign has been allocated Sh540 million while Sh600 million will be used to support the manufacturing sector through the purchase of locally assembled vehicles.

“As a strategy, we will enforce the policy on “Buy Kenya Build Kenya”. I urge all of us to remain Kenya Daima; confident that the endurance we are so famous for will drive us to victory,” said Uhuru.

The kenyan economy is majority informal these kinds of formal strategies work in developed countries. Be Kenya centric in your thinking Uhuru. Don't just imitate what you see others doing.