Bring it On: Sons of Controversial Tycoon Jackson Kibor Dare Him to Subject Them to DNA Test 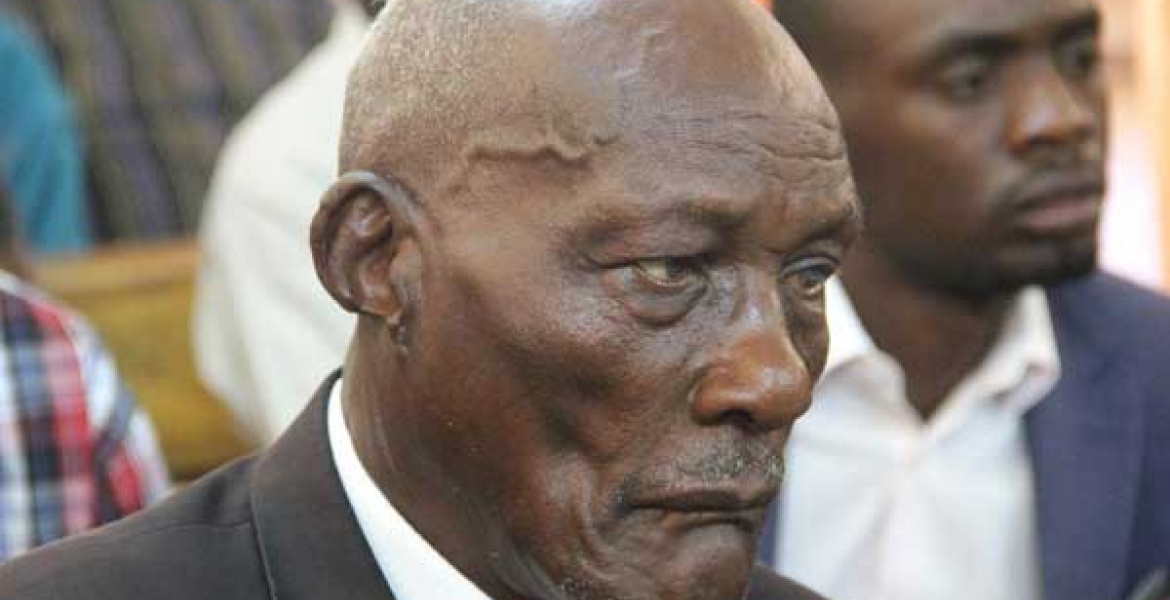 Controversial Kenyan tycoon Jackson Kibor’s sons have dared him to make good his threat of subjecting them to DNA tests to ascertain if he is their biological father.

Kibor, 88, said he will have his six sons undergo paternity tests after he defeated them in a court battle over a 1,250-acre parcel of land in Eldoret.

The octogenarian filed the case in 2016 seeking to block the transfer of the property to the six sons citing an unsettled family dispute over ownership of the parcel.

Justice Antony Ombwayo on Monday, May 18th, ruled Kibor was the rightful owner of the land located in Soy Constituency and ordered the sons to vacate within 150 days.

The court established the six sons illegally subdivided and processed title deeds to the parcel before selling it to third parties.

Speaking after the ruling, Kibor maintained he never married the children’s mother and doubts whether they are his sons.

On Saturday, May 23rd, one of his sons Kipng’etich said they are ready to undergo DNA tests but on condition that they be carried out in a government facility to ensure results are not doctored.

“We are ready for a DNA test as long as it is done in a transparent manner,” he said.

Their mother Naomi Jeptoo, who was divorced by Kibor in 2018, also backed the plan to subject her children to DNA.

“I welcome the proposal for the sons to go for DNA tests ... it will change the destiny of my sons,” she said.

Kibor, a farmer and retired politician, grabbed headlines in 2017 and 2018 after he divorced his two wives Naomi Jeptoo and Josphine Jepkoech, who he was married to for more than 40 years. In both cases, he accused the wives of deserting their matrimonial home and mistreating him.

You do not fight with your father. Get your own wealth out of your seat. What about if you were born in the slums. That is your dad's properties and has a right to give it to whoever he want even if is Al Shabab.

If he did not burst nuts there would be peace now.He brought it to himself.

I support your comments 💯%. Most children of the rich these days are stupid.
Fight for your own wealth.

Is there a curse in the Rift Valley? From Kibor and his prodigal sons, then William Ruto and his political troubles due to chest thumping and lack of natural wisdom.

Moving further down you meet the naive Murkomen who lost shs 400,000.99 for being naive before the sun went down!

Then we have Sudi; I mean Sudi, an MP of dentists!!! Can it get worse than what we have now?? Buckle up folks!!

2022 all diaspora in riftvalley be ready to go back where you came from if you dont vote Ruto.

You are so stupid to say that as if kaenjins only reside in rift valley.Kenya is one country and one tribe cannot fight 42 tribes.Be wise you fool.Kenya is for all.

Just tell this Chinese dude to worry about Wuhan and the mass killing of innocent people worldwide! They have already developed Ruto-poisoned food packaged to kill the Kikuyus before 2022! Tell him to keep advising Ruto but be ready to face the dare consequences of his madness!

This Chinese wuhanvirus idiot is very stupid?? Be advised that Kenya belongs to every one and Rift Valley is no exemption. No one will move out of the Rift Valley to any other part of Kenya regardless of who they will vote for. For your information - Ruto will never be the president of Kenya. Let those planning to kill others know the world is watching very closely the movement in the zRift Valley! Ruto will be the biggest ICC casualty should anything go wrong in 2022. So, you can run your mouth all you want but remember people are very ready to defend themselves; unlike during 2007/8.

To avoid certainty DNA test must be varied by doubled testing with different entities just to be fair.

It's too late. He let children grow as his own.

Nothing is as potent as having some lazy a** threatening sons walking in the face of this earth. They marry dumb a** lazy women to suit their caliber to fight you. At night they procreate many kids to fight you.

You are better of having many lazy a** daughters who will cook for you and procreate but will not go selling your property and bringing violence to your home. All you have to do is feed their many kids and they will be happy.

What is family? What is parenting and what are parents? Slow down; go apologize to your father; and repent. Many sad years lie ahead for you.

Inheritance is not a must as some people think. Those kids have to humble before this old mzee. Otherwise he has all the right to deny them regardless of DNA test

Some parents are just mean. They don't know when to let some things go. Go to muranga and see those tea farmers with 50 year old sons who have nothing to call theirs while the father has a tea farm. Those sons don't even have a gathunu because dad refused to show where to build a cube leave alone cut a piece of machani for the son to have some income. I can't blame this boys..many parents are stubborn

Have you ever thought that adults children need to move on and make a life of their own away from the parents?

Stop encouraging grown up men to be lazy bustards, as they wait for the parents to die so they can inherit them. They need to work hard and buy their own property! How mean is that by the parents? It is called being responsible!

Thus why these kind of men when they die nobody sends any tear.

No body will shed a dry tear when you die; you fool!

Whereas Mzee Kibor has more than twenty kids its only six from his estranged wives that are trying to claim their piece of the wealth.
I now think its unfair for this other boys and their family. They got kids too. Kibor's lineage/tree. DNA thing is just a ruse.

What would you do if you came from a polygamous family and your family doesnt get to share equally like the other families??

Its time to bring in the big time lawyers and a real judge to sit and bring this saga to a close before its over blown.

These children are sick in the head.They dont own anything.Its their fathers.Let them work sweat and get their own property.

if were Mzee kibor ,would the same what he has done. How do they dare sell their father 's Karen house .They should approaching in good way for any thing need. well done mzee and let other Kenyan learn lesson.let young people work hard for themselves first instead of grabbing what is their father