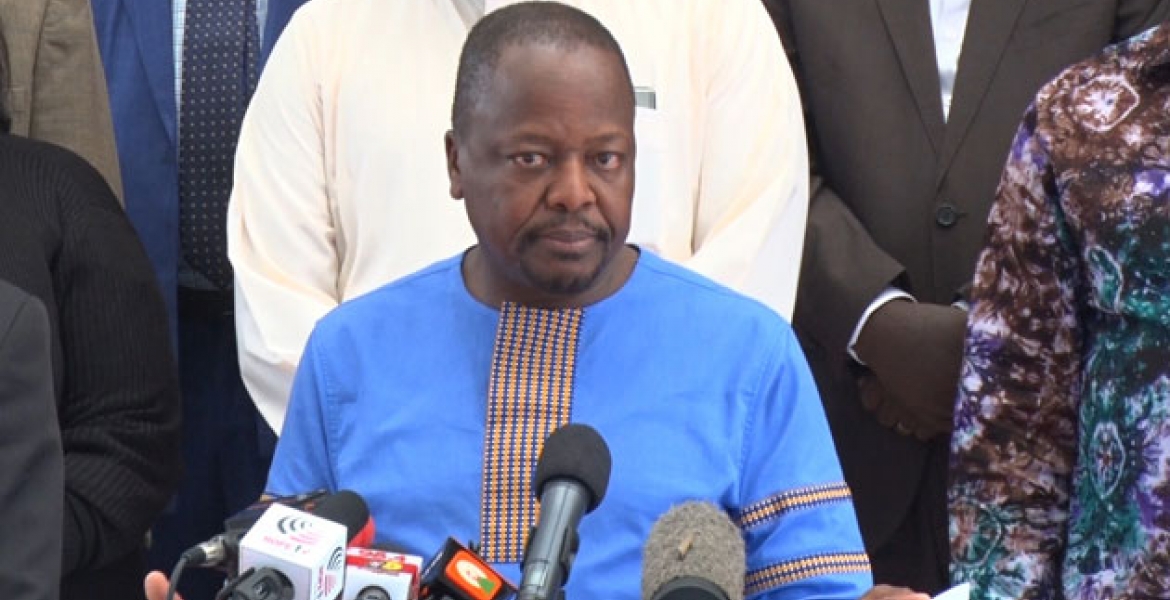 The Wall Street Journal has named Kenya Health Cabinet Secretary Mutahi Kagwe as one of the leaders who have emerged as ‘heroes’ in the fight against the coronavirus pandemic in the world.

Kagwe was featured alongside three other leaders in the Wall Street Journal article written by Sam Walker.

In the article, Walker describes the four leaders as “career deputies” who have emerged on the frontline in combating the spread of the disease.

“As the novel coronavirus continues to spread around the world, a funny thing is happening. The leaders who have distinguished themselves under pressure are rarely the bold, charismatic, impulsive, self-regarding, politically calculating alphas we’ve elected,” Walker notes.

“The real heroes have been, for lack of a better term, career deputies.”

He further notes that “Kenya’s unlikely coronavirus hero is Health Minister Mutahi Kagwe, a businessman with an MBA who had washed out of elective office.”

He adds: “In politics, Mr. Kagwe was seen as a technocrat; too ordinary and emotionally distant. In his coronavirus briefings, these traits became assets.”

“Mr. Kagwe projects calm, emphasizes evidence and urges Kenyans to face facts, a style one senator described as ‘a breath of fresh air’”

Kagwe served as the first Nyeri Senator from 2013 to 2017 and unsuccessfully run for the county’s governor seat in the last elections. He also served as the Minister for ICT during retired President Mwai Kibaki’s administration.

President Uhuru appointed Kagwe as Health CS in January this year to replace Sicily Kariuki, who was moved to the Water ministry.

I would have expected such an award to go to a caregiver, the CS is maybe number 5 in line, just behind the police who are enforcing the curfew.

His words and demeanor speaks for him

Someone kissing butt so they can sell vaccines in Kenya.Mutahi Kagwe beware, do not sell us of to the highest bidder. That said you have done a good job and we do not need the West to tell us that.

Nonsense Nonsense Africans r so much brainwashed when they hear praises from their white masters!We love to worship everything white n from the west!Ooooh how stupid are we!bure kabisa

CS Kagwe was well praised way before this article was published. Most Kenyans have seen how well he dealt this matter.Now You can guess who is stupid and bure kabisa

I'm not worshipping any white man flat ass but Mutahi Kagwe has done a tremendous job regardless. I asked where the other BBI midomos were, then saw their cowardly selves are farming cabbages in white pants and the others are hunkering drinking bourbon and Gin at Karen n Kitsuru

Let the results speak for themselves.This corona has just invaded Kenya if we have fewer than expected casualties may be then he deserves a congratulatory message but then again as some one commented he is just the face real first Kenyan responders at the forefront treating the sick deserve all the credit that is if we beat this thing.It is one thing to provide daily data on new infections it is quite another when we start counting bodies

We are in bed with a tiger unless we get all our motorcycle riders to wear face masks. Touts and matatu crew and others in public transport to follow suit. Else, we are minced meat.