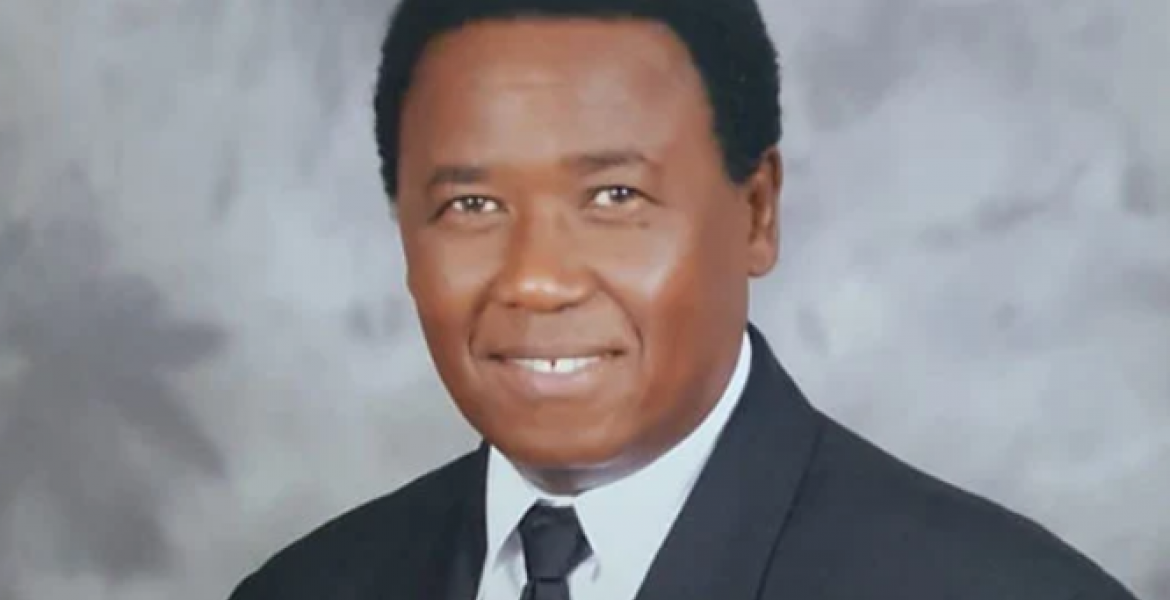 A Kenya Airways pilot who evacuated Kenyans from the US last week due to the coronavirus pandemic has passed away.

Captain Daudi Kimuyu Kibati is one of the two people the Health Ministry on Thursday announced they had succumbed to Covid-19, raising the number of fatalities in the country to three.

Captain Kibati, who was in charge of a KQ flight that landed in Nairobi from New York on March 24th, was taken ill on March 29th and died of Covid-19 at the Nairobi Hospital on April 1st, according to Daily Nation.

This was KQ’s last trip before Kenya’s ban on all international flights took effect on March 25th to stem the spread of the virus. KQ offered a one-way complimentary ticket to Kenyans wishing to return home from the US amid the coronavirus outbreak.

The 61-year-old pilot is said to have gone into self-quarantine at the Ole Sereni Hotel immediately after he landed the flight at the Jomo Kenyatta International Airport (JKIA).

His brother Arnold Kibati said was taken to Nairobi Hospital where he was admitted after being diagnosed with coronavirus. He died two days later.

“He tested positive for coronavirus on the eighth day after undergoing rigorous medical screening in all the cities he flew to, and three more tests in Nairobi which were negative,” said Arnold.

Captain Kibati’s death was confirmed by Kenya Airways Chief Human Resources Officer, Evelyne Munyoki in a statement on Thursday. Kibati was a retired Major of the Kenya Air Force.

The other person who died of Covid-19 was identified as Ursula Buluma, a Kenya Ports Authority (KPA) staff. She died at Pandya Memorial Hospital in Mombasa and was laid to rest on Thursday in accordance with Islamic tradition.

He had tested positive on the eighth day after undergoing rigorous tests in all cities he flew to. Why, how did they allow him to fly a plane that was intended to “rescue” Kenyans from the USA?

Some people are just Kind and Philanthropic. Unfortunately: Tasks and Risks involved can sometimes be danderously Subtle, Merciless, and Unpromising.

The passengers should have been screened before boarding the plane or the flight crew should have been provided with personal protective equipment. Crazy how this virus incubation period can vary where it shows negative after several days of catching it. You all be safe and practice social distancing. My condolences to his family.

Captain Kibati's death, as heroic as it is was absolutely avoidable. It was KQ's responsibility to make sure he was protected and KQ failed in that. What about all others who were in his company?

Very good question; but disconcerting to those who came in contact with those that Travelled (to Kenya) from New York.

Am worried for KQ. My family, Head of Engineering and Servicing and another Electrical & Electronics engineer have to keep going to work. Apparently planes must be serviced even when not flying. And a special pilot friend for American Airlines has to go any way flying domestic DC and wherever.

Maybe it was an order to rescue some of Kenya Elite...in NY..Not for ordinary citizens...what a costly trip

Fare thee well. I think that he may have overstretched himself, by flying to the two highly infected areas of Italy and New York, within a week, without spacing the trips. He obviously came into close contact with many infected people. The Cabin air in an Aeroplane is heated, pressured, and distributed everywhere within the Cabin. I just hope that the people he flew from Italy, and New York, to Nairobi, were not asked by the GoK to 'Self Quarantine'.

I read elsewhere that he had also flown a KQ flight from Italy to Nairobi, in the week before the New York one. He was a brave soul.

Rest in Peace. Yours is a heroic death as it came about in the process of saving others.
May God comfort your family.
What is the status of all that were in the plane?

@seneca vipi my nephew finished diploma in auronatical engineering in engines last year n he went back to do airport operations kindly hook me up with your family juu he is still husling for work nasitaki aende majuu juu he is young 23 yr old n our country kenya need such talents juu somehow if i ship him outside he will drop his engineering either awe nurse as many become.He is very responsible young man.
Waiting for reply's.