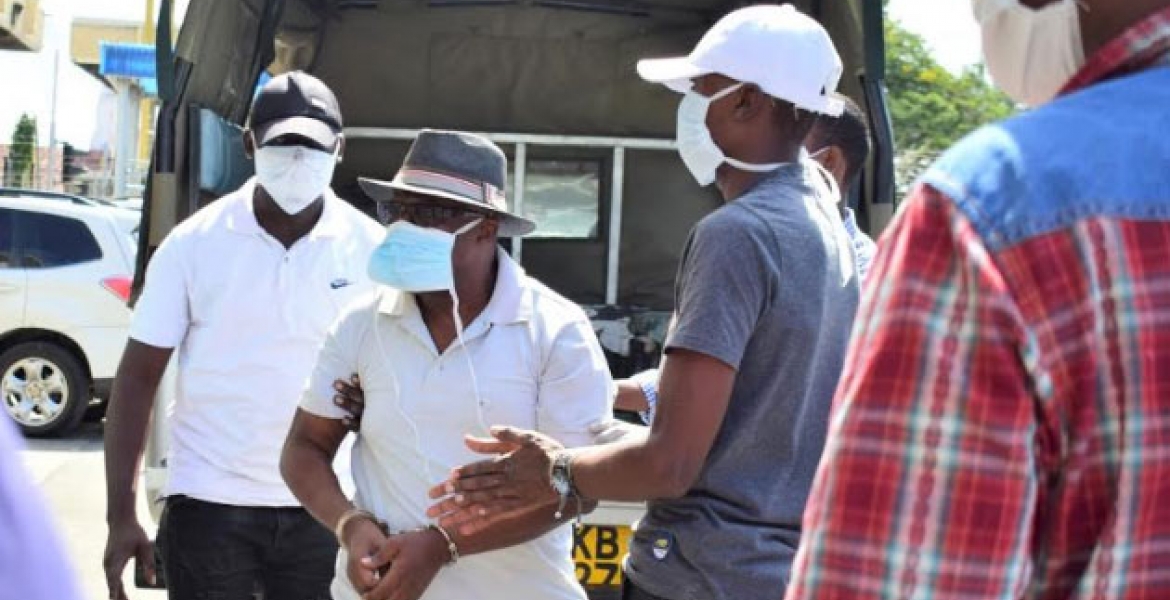 Kilifi Deputy Governor Gideon Saburi was on Friday afternoon arrested for defying the government’s directive to self-quarantine for 14 days after arriving from abroad.

Saburi was arrested moments after he left the Coast General Hospital where he was under mandatory isolation after testing positive for coronavirus last month.

Police camped outside the hospital waiting to arrest him once he is discharged. He is among the four Covid-19 patients in Kenya who have fully recovered from the disease.

On Thursday, Health CS Mutahi Kagwe said Saburi will be charged in court for putting the lives of many people at risk after he defied quarantine order.

Saburi was diagnosed with Covid-19 on March 22nd, nearly two weeks after he returned to the country from a trip to Berlin, Germany. Last week, Saburi issued an apology to Kilifi residents and Kenyans for spreading the disease.

“I am very remorseful for bringing anxiety on Coronavirus spread in Kilifi County and the entire country and hope that people will find a heart to forgive me,” said Saburi.

“I am a responsible person. I am a leader, a family man, and a mentor to many. I did not do this on purpose,” he added.

He admitted to having interacted with Kilifi Governor Amason Kingi, mourners in different funerals and also shopped at an undisclosed supermarket after flying back from Berlin via Amsterdam.

Catch and release doesn’t help. We are used to corruption. He will be out on 10 k bail and that’s end of it

Kenyans, We have a soft spot in our hearts for forgiving. DCG Kilifi Mr. Saburi claims to be " a leader, a responsible person and a family man" while he is the opposite. FORGIVE!!!