George Kinoti to Undergo FBI Training in the US 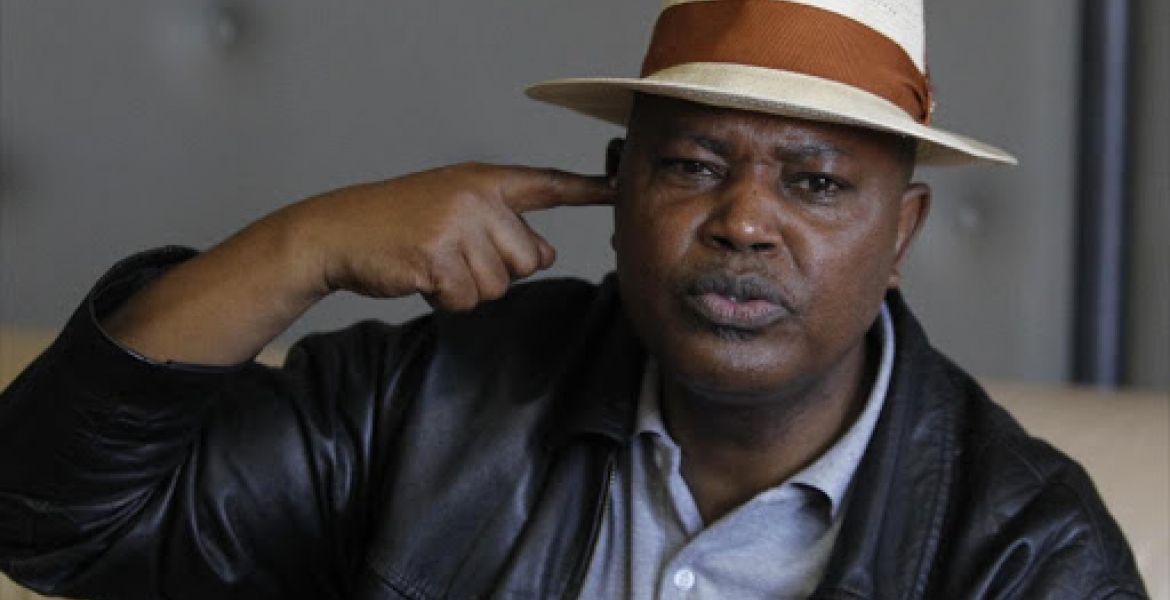 The head of Kenya’s Directorate of Criminal Investigations (DCI) George Kinoti is set to undergo a special training in the United States.

Kinoti traveled to the US last week ahead of a Federal Bureau of Investigations (FBI) executive training.

He is the only top detective from Africa who will undertake the three-week high-level training at the National Executive Institute (NEI). He will be trained alongside four other detectives drawn from Canada and Australia.

The five will be trained on strategic leadership development and current affairs by a team of at least 15 top FBI officials.

The first phase of the training, taking two weeks, will be done in Washington while the final part of the course will be taken in Glasgow, Scotland.

“NEI consists of three one-week training sessions throughout the year. Two of the sessions are hosted by the FBI Academy; the third is typically conducted overseas in concert with our global partners,” NEI's website states.

“One of the most valuable aspects of NEI is the range and diversity of the executives, who bring immensely different levels of experience and perspectives.”

Please learn everything necessary so you can go for the big fish once you return! We all want nothing more than the real truth in Kenei’s murder! No stone should be left unturned as we eagerly wait for the truth.

Questionable choice in Mr.Kinoti!
My ask:
Lack of well educated, articulate and qualified career Officers?
His handling of the most high profile cases is absurd and displays, totals disregard of law .
Begs to wonder, how he attained the current title !

We can do better..

Why now when there are hot cases on the burner? This used to be the NGO tactic of removing an officer who was a stickler for details..or who was hard to get on your side. By the time they are back, several far-reaching decisions have been made and/or they get transferred altogether. Sad. Our DCI is an honest man who likes to see justice served...and served promptly.
Now I don't know-

Yeh! He needs it; truly inadequate in investigative or general knowledge. I hope he is capable of writing notes for 3weeks training! How Kenyans waste money; just bare stupidity

How can such an experienced officer be still under going proffesional training? At his level he should be training others and conferring with his peers. At his level he should stay relevant by having and inquisitive and analytical mind and not going to class with a notebook. What a shame! I would expect him to have FBI officers to visit Nairobi to benefit from his years of experience. Big let down!

@Guest #13, every professional job needs to upgrade your skills once in a while. Learning does not stop.

&#13 - it is called “refresher training” of professional experts, you dummy. Those with a professional acumen get regularly retrained to enhance the job performance; except those who work in your bush village.

I'm sorry but his position is not skills based. Skill that need to be refreshed. He is the head of the organization. That is a qualities based based position. qualities like vision, courage, foresight. You don't get those qualities in class.

This is the only sensible comment I have read
You clearly show that you understand the PRoject Management structure
The head of DCI does not need that training but his advisors need tag training to help him make good decisions
His position is a political appointee position so what happens when the next regime enters and he is moved to agriculture - Kenya will have lost all that training
Btw stop sending us redundant Kenyans to get trained in the USA, I once went to train some Kenyans who came for cyber security with Homeland Security and those gentlemen were dumber than a door nail - My team even doubted that I was from Kenya because I was their technical lead and yet these dumb Kenyans tried to associate with me like we were cut from the same cloth

This uhuru just grabs these fools from mashambani as long as you have the right name and speak the right language. this fool cannot even express himself in English. foolish government ya mafi.

Check for listening devices implanted in his body while at the FBI.
Think I am joking?
Wonder how they got top level mafia and narco bosses? They planted such devices up their you know what.

While I applaud the notion of increasing ones knowledge in their particular field or discipline,what I would like to know is how they came to know that the likes of Kinoti "lacked the advance knowledge" ?Is is because of what the ambassador has told the FBI,...?Could he not independently arrive at the same knowledge on his own?
And finally,are two to three weeks enough to ingain the missing knowledge? Just curious.And who is coughing the cost,and how much is the education cost in total.
And finally, he better be very productive on coming back,otherwise the trip would be seen as a joyride.

I am sure he is there with 100 joyriders .. kazi yao ni kulala na wazungu na mashoga .. idlers ... WAJINGA SISI

Haji is the one who needs training. He cannot prosecute a case successful to save his life.

Our Maumau did not need foreign training to fight for the truth and for what was ours!!
It's time for Revelation and Restoration!!
TMH, is taking care of business, and we are grateful!!!