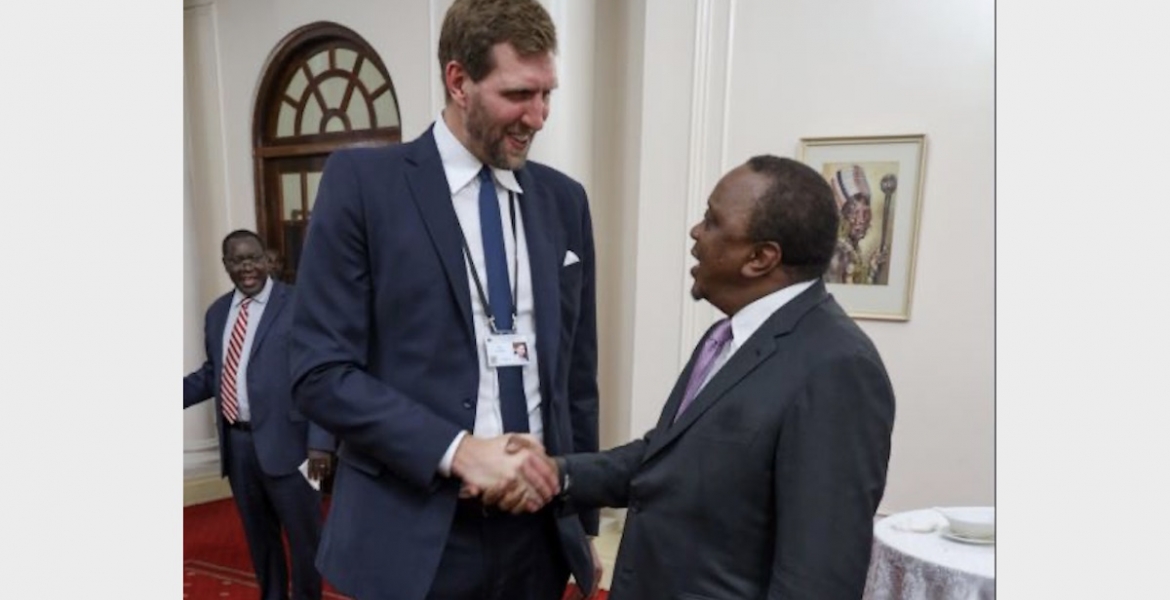 The photo was posted on State House Facebook page on Monday following a meeting between Kenyatta and visiting Germany President Frank-Walter Steinmeier at State House, Nairobi.

The height difference between Uhuru and Nowitzki is what caught the attention of online users. Uhuru, who is known to be tall, appeared like a dwarf while standing next to Nowitzki.

Uhuru is about 6 feet tall while Notiwizki’s height is recorded as 7 feet. Notiwizki is among the delegation accompanying President Steinmeier during his three-day visit to Kenya.

Here is what Kenyans online said about the photo:

Consolata Connie posed: “How tall is the mzungu???Uhuru is very tall already but now he looks as short as me.”

Kim Irungu said: “😂😂😂😂😂 in Kikuyu stories we used to hear about 'mutheca itu' I think it's the guy.”

Miey Njogu wrote: “Uhuru is tall but the guy is long.”

Noah Kihara Jackson noted: “I looked at this photo like 10 times thinking it was HD😃 Uhuru is tall but this man is high.”

Alex Kiambi said: “Dirk has shrunk our President. HE is tall…here he's like a pigmy. I wonder how shorter people to our President would look like in his presence… how they hold a conversation or you speak to his knees.”

Notiwizki Is married to Jessica Olsson, who was born in Sweden to a Kenyan mother and a Swede father. Dirk and Jessica married in a traditional ceremony in Nanyuki, Kenya in 2012. Dirk played for 21 years in the NBA, all with the Dallas Mavericks. He retired in 2019. 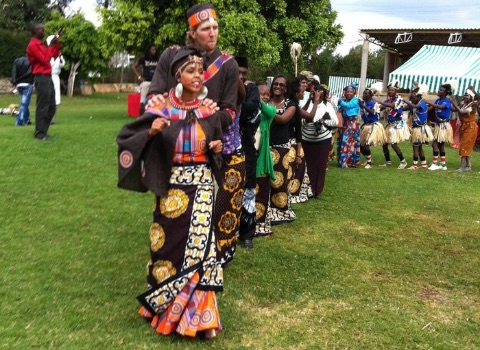 Iwoulnt call 6ft very tall.Uhuru is certainly is not adwarf.Chinese are not known for their height but when when you have over abillion citizens chances of getting afew 6footer goes away up.Anyway ,what is impressive is what he could do on the basketball court. Not too many 7 footers are coordinated.

I don't know Maxiley. Around 10% of nba players are 7ft tall and they are all coordinated. You might be thinking of those with hyperthyroidism or other diseases that cause extreme stature. They are not coordinated. And yes I'd say 6ft is slightly above average

@At zmundumugo.Yes NBA players are coordinated and thats why they are exceptional. However, the 7footer average joe is usually not too coordinated