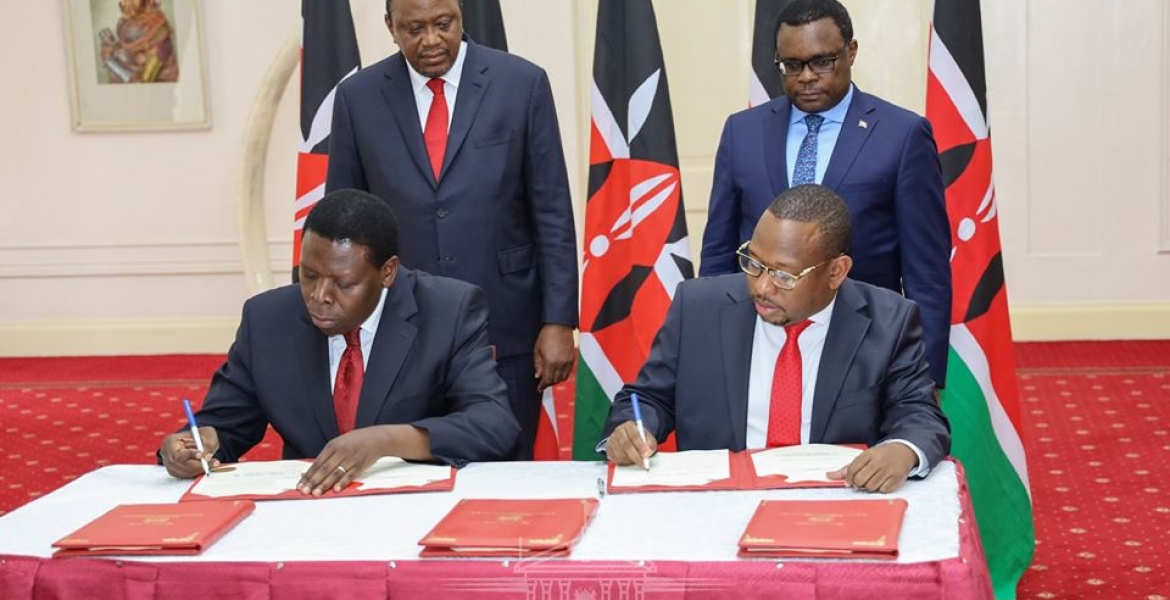 The National Government has assumed the functions of the Nairobi County Government after the court barred Governor Mike Sonko from accessing his office last December.

In a statement on Tuesday evening, State House Spokesperson Kanze Dena said the national government takes over the functions in accordance with article 187 of the Constitution.

Dena said the agreement to take over the roles of Nairobi County government was signed by Governor Mike Mbuvi Sonko and Devolution Cabinet Secretary Eugene Wamalwa in “concurrence with H.E President Uhuru Kenyatta.”

“The signing of the agreement was also witnessed by the Speaker of the Senate, Hon. Kenneth Lusaka and the Attorney General Paul Kihara,” the statement read.

The National Government will take over the county health services, transport services, public works, utilities, and ancillary services as well as planning and development.

“This will ensure Nairobi residents receive services efficiently. The move comes as a breakthrough in the running of county services that had ground to a halt,” Dena said.

Way to go! Nairobi should never have been a county. The government needs to nominate an able mind that can clean up the rot. At all costs we need to make Nairobi a clean gateway to Sub-Sahara Africa.

Jubilee supporters especially Kikuyus are so determined to make Nairobi a local village.

There is one Kamba, 2 Luhyas and one Kikuyu. Has this one Kikuyu overruled the other 3?

Matiang'i territory is increasing. Now he is the Nairobi Governor-Mayor & Super CS-Prime Minister of the republic of Kenya.

Much better that way! Matiang’i can successive work ten jobs! What you said here is only 4 jobs! Too easy to handle!!

Blame Nairobi residents for electing a fool and a thug. This is the result of electing illiterate individuals to public office! High school dropouts running a city of million young and educated citizens! What's wrong with Africans? You could have just kept Kidero, he was slapping loud-mouthed whores and stealing but he delivered services needed by the city residents!

Will Uhuru run the county any better than Sonko his nyama choma at kenyyata market buddy? I doubt it. SGR phase II is his signature project.