Uhuru and I are Inseparable, Says DP Ruto 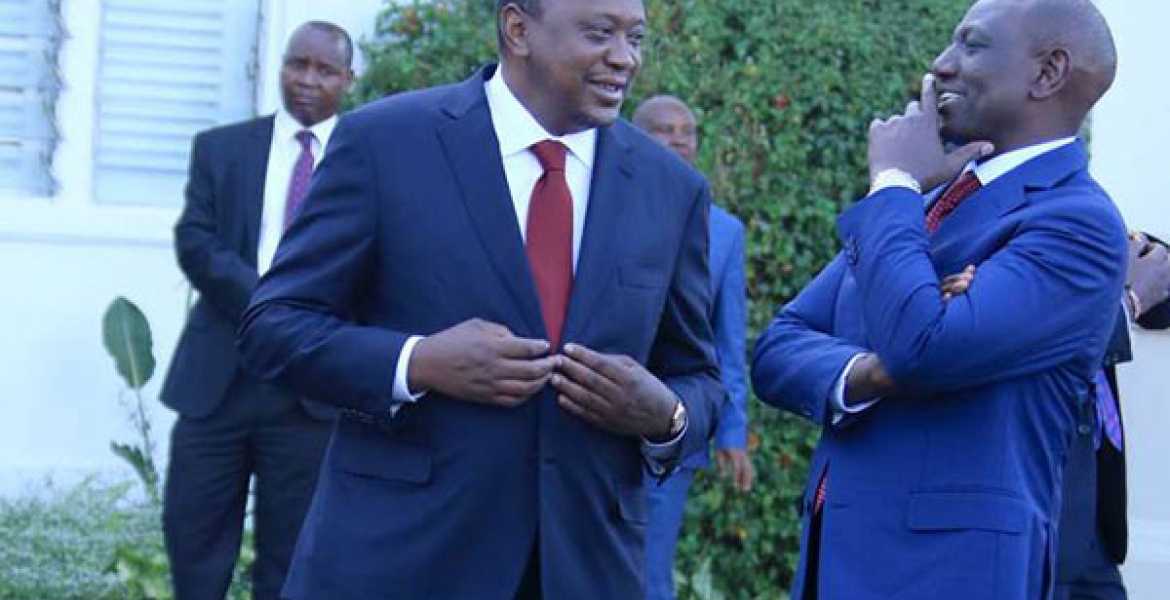 Deputy President William Ruto has insisted that there are no rifts between him and President Kenyatta as some reports suggest.

Ruto, who spoke during a fundraiser at Giakanja Boys Secondary School in Nyeri on Friday, maintained that his relationship with Kenyatta is still intact and that the two are inseparable. He noted that those waiting for the ruling Jubilee party to fall were in for a rude shock.

"Uhuru and I are like a car and its battery, we cannot leave each other," said Ruto, adding that the Jubilee Party is also solid.

Ruto’s sentiments appear to be the opposite of the recent political happenings where the Jubilee Party is clearly split into two with one faction supporting Kenyatta and the other aligning itself with Ruto.

Leaders who back Kenyatta operate under a movement dubbed ‘Kieleweke’ while those for DP Ruto call themselves team ‘Tangatanga.’

Ruto is like a sucking cow-tick! What kind of a relationship is that of a “car” and a “ battery”? Which component is Ruto - the car or the battery??

Mala, he is married to Rachel; Malaingine, he craves for Uhuru’s warm company for convenience sake.

DP Ruto carries too many corrupt baggages for anyone to want to be in his company; except the most corrupt!

They have killed Kenyans together, stolen together, collapsed the economy together, rigged together.

Ruto’s both car and battery. Otherwise you would have someone else in state house! FYI he drinks Mala too; not your “mala “ but Mursik. Everyone is corrupt in Kenya until you prove them. You talk like he is deputy of a saint!

Ruto was given 36 Billion by Margret Kenyatta to support her son 10 years and will get more on support they choice of President to-be thereafter.

Wait and see how 2022 unfolds. It will be surprise to many I predict. Handshake brought stabilization in order to advance the development agenda. In 2022, kila mtu na wake. The wise man said: When a lad disrupts elders at a feast, the elders slice a piece of the goat mutura, give it to the lad (boy) and direct him to keep distant for the elders to dialogue. Think about; who is the lad.

@Sokora, meanwhile can you send me that mūtura you are talking about. My mouth is watering.