Mwangi Kiunjuri Accuses Uhuru of Deceiving, then Dumping Him 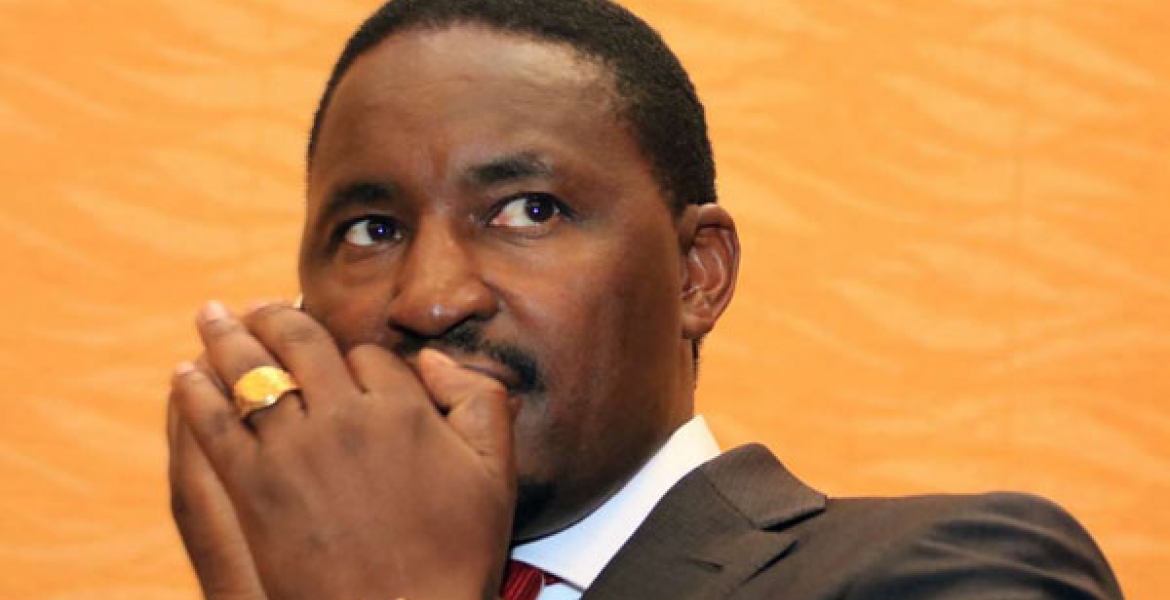 Former Agriculture Cabinet Secretary Mwangi Kiunjuri has accused President Kenyatta of deceiving and then dumping him.

Kiunjuri, who was fired from Cabinet last month, explained that he intended to vie for the Laikipia Governor’s seat in the 2017 elections but Kenyatta convinced him to drop his bid as he would re-appoint him to government.

Speaking during an interview with Inooro FM on Tuesday, Kiunjuri said he did not imagine that Kenyatta would one day leave him in the cold.

“I was ready to rejoin politics and vie for the governor seat in Laikipia County in the 2017 general elections. I was told not to vie for the position.”

“Out of the request by the president, I willingly obliged. Under very unclear circumstances I am now out of the cabinet and must wait for years for another election to happen,” said.

“I am now jobless and the status will remain for the next two years. No one would like to be in my current state.”

At the same time, Kiunjuri defended himself against claims that he was involved in the alleged maize scandal, where Sh49 billion set aside to buy maize from farmers was lost.

“Before I was appointed as Minister for Agriculture, the ministry had paid the larger part of the money and I was only left to pay Sh7 billion. I can show all records of the Sh7 billion and who it belongs to,” added Kiunjuri.

Kiunjuri was first appointed to the Cabinet in 2015 as the CS in charge of Devolution after former CS Anne Waiguru resigned over the Sh971 million NYS scandal. After the last elections, Kiunjuri was moved from Devolution to Agriculture Ministry where he served until his sacking.

Kiunjuri, who said his sacking did not come as a surprise, has vowed to make a political comeback. He is a staunch supporter of Deputy President William Ruto.

This fool needs to keep quiet. He should be ashamed of himself. Who would keep an incompetent person in any job. You were hired to do the work which you failed terribly. Now return the 50B you stole with your buddies.

Kiunjuri, if you aspire to be a great leader, don't show yourself as a liar. You told us,not too long ago, that the president was your friend.

@kiunjuri - just take a minute and listen to yourself as you talk absurd proverbs about “deceit, you and yourself oh how I wish I knew, and your extended folly of stealing public coffers!” You yourself knew you were a poor performer and did not qualify to be a CS - it did not surprise you when you got fired; did it?

First, you won’t have been elected the Laikipia Governor! Uhuru actually saved the people of Laikipia based on your inability to perform as the agricultural CS.

Second, the government is not a for profit corporation to provide employment to you. You joined the government to serve the people and not to steal from them. Your foolishness is the reason you are now out of a job. No one really understand why Uhuru hired you in the first place. You had performed very poorly as an MP!

Third, you have stolen more than enough - Kshs 49 billion plus 2 more billion shillings have been symphoned by you alone. Boy, I thought your teacher, the DP Ruto was bad! Return all the monies you have stolen to the people of Kenya! And now you want to justify the shs52 billion you stole with shs 7 billion? So you and Ruto are fixated with the 7 billion figure!?

Fourth, you must be barred from future engagements in politics! Laikipia residents will not elect you to any future leadership position. So Ati in 2 years you will be without a government job? You are dooomed for life - better look for some cows, chicken, and goats to look after.You too can make the phony 3,000,000 eggs a day to justify your stolen wealth!

Fifth - you surely whynn like a little girly boy whose toys have been taken away so he learn some math lessons. No one is willing to hire you based on all the money you have stolen and mismanaged.

Sixth - you have eyes but you are still blind to the changing times in Kenya. Laikipia folks do not want a thief associated with them, and so the entire country does not need you any more! You have no future service to lender Kenyans.

Uhuru did not deceive you; you deceived yourself by conning Kenyans of their billions of tax shillings,.You just got caught; you got fired - end of the long winding story; game over! Now you can return our stolen money or face some jail time. Stop whining like a little girly boy!