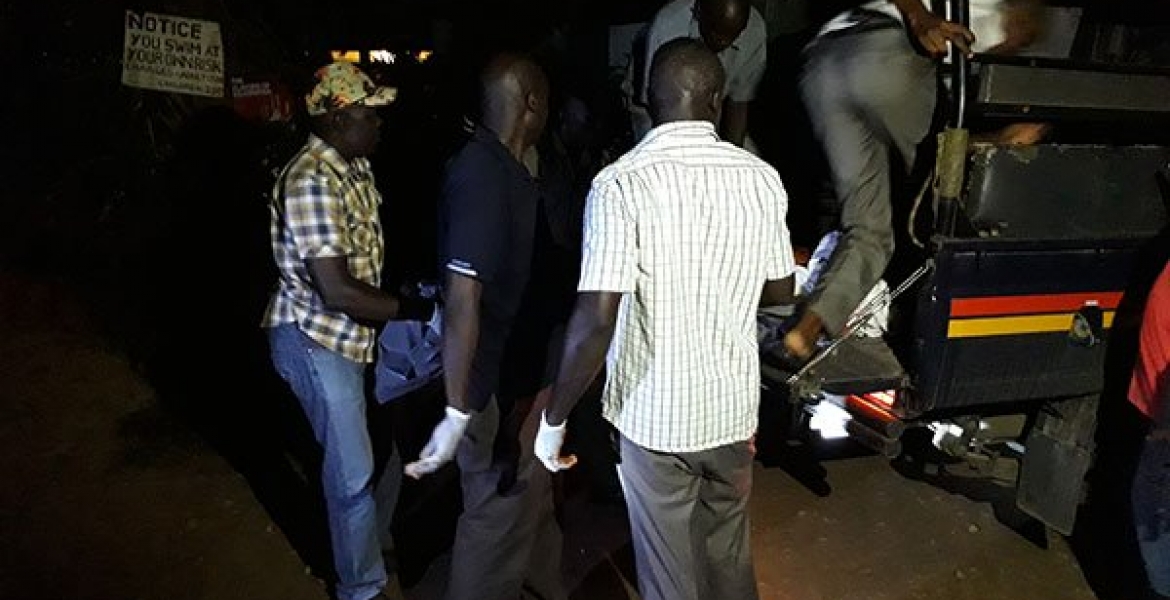 Police have launched a manhunt for a young Kenyan woman suspected to have killed her 75-year-old German lover in a hotel room in Malindi, Kilifi County.

The deceased, identified as Detering Herman, is said to have arrived at Moriema Cottages in Malindi together with his alleged girlfriend identified only as Mary, on Monday night.

Kelly Kazungu, a receptionist at the hotel, said a worker peeped through the room’s window on Wednesday morning and saw Herman lying near the bed with sheets stained with blood. The worker became suspicious after the foreigner failed to leave the room for the whole day on Tuesday.

Kazungu said he found Herman’s lifeless body with cuts and scratch marks in the face, back and neck upon opening the room. It is suspected that Mary strangled him after a confrontation.

“The two seemed happy and went to bed together late at night. We never suspected anything fishy until in the evening when one of the workers peeped through the window after he failed to show up and saw him dead,” said Kazungu adding that Herman had stayed in the hotel since December 4th, 2019.

“The lady is a well-known person and we are treating her like a suspect since investigations are still going on. The victim has been visiting Malindi and Ukunda for quite some time and it was not his first time to visit the hotel,” he said.

Police took the deceased’s body to Malindi Sub-County Hospital mortuary, where a postmortem is set to be carried out to establish the cause of his death.

Not good. I guess is that the Kenyan girl friend is about half his age...
Well if she killed him,we dont know under what circumstances...self defense, heart attack while xxxxx
or a trade deal gone sour.Iam investigation is still in early stages.
And yes, Iam mindful that people are free to chose whomever they want to be with,and for whatever reasons. If the old man wants to spend his fortune on a "young thing", more power to him.But a caution to these men who chase ndogo ndogo .is that their is no"balance" of trade(not that they dont know...).And from what I know,this kind of affairs do not usually end well.Yes it may end till death do us apart,but it is usually the Hombre who checks out first,and under suspicious circumstances.

Why did MARY leave the room without reporting the incident if she’s innocent? So many killings of foreigners by local women. What’s going on?

When you retire in your country and think you will come to Kenya and flirt it out with our pretty women, think twice before you come.