No One Can Stop Me, Uhuru Says on BBI 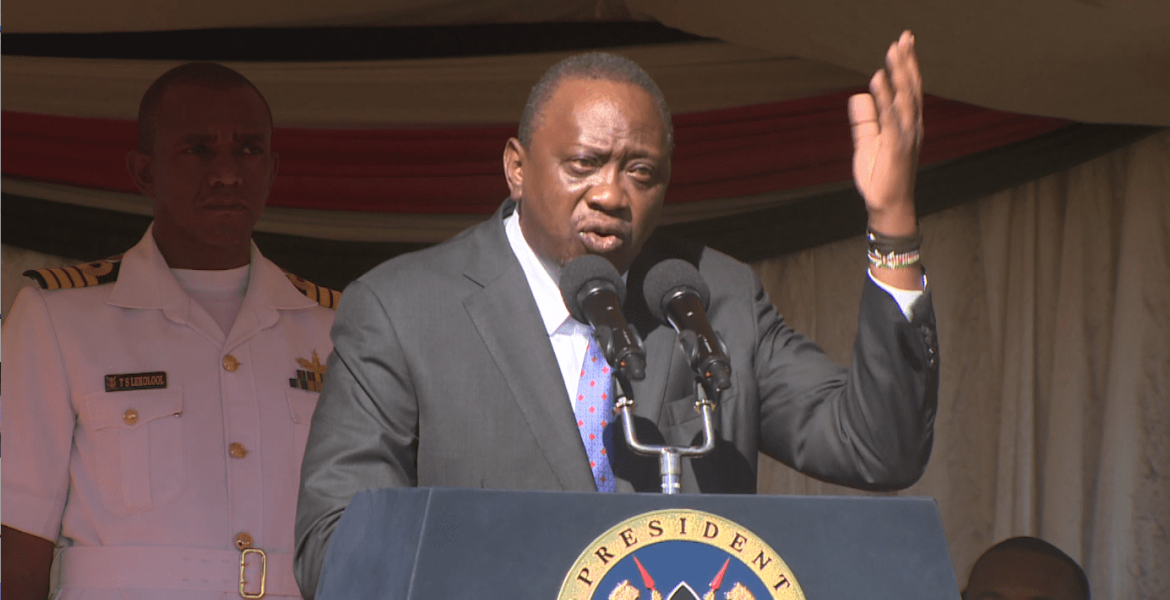 President Kenyatta has vowed to ensure no one stands in his way of leaving behind a united nation.

Kenyatta, who spoke during the launch of Simba Cement factory in Salgaa, Nakuru County on Tuesday, said his mission to bring Kenyans together through the Building Bridges Initiative (BBI) was unstoppable.

"Let's not be afraid of coming together. It is what is necessary for stability and to move this country forward. I will not be shaken. That is where I am and I will continue on that path until Kenyans have peace, not living in fear every five years,” said Kenyatta.

"We want Kenyans to vote, go home, eat ugali and chapati, wait for the results and be at work the next day without any bloodshed."

He called on elected leaders to avoid politics and instead focus on delivering services to Kenyans.

The plant, owned by Devki Group, will have the capacity to produce 750,000 metric tons of cement annually and create at least 700 direct jobs. Kenyatta said the opening of the factory was in line with his Big Four Agenda, particularly manufacturing.

“No one will stop me”, said a pathological liar, thief, killer and electoral fraudster.

Do you have to make every event about yourself?

this dude can't be taken seriously.

Uhuru will go down as the worst Kikuyu and dictator president Kenya's history! This is what happens when one hangs out with other dictators; Museveni and Kagame! This dude thinks he can just push anything down Kenyan's throat. He is using Moi's political tactics to remain in power. Kenyans have the power to reject this idiotic BBI CRAP! Its MEANT TO PROTECT; The Kenyattas, Mois and Railas and make sure the republic stays within their reach, the main objective; protect their ill-gotten wealth! Where is KARMA tO STRIKE THEM QUICK SO ALL GOES TO WANJIKU!