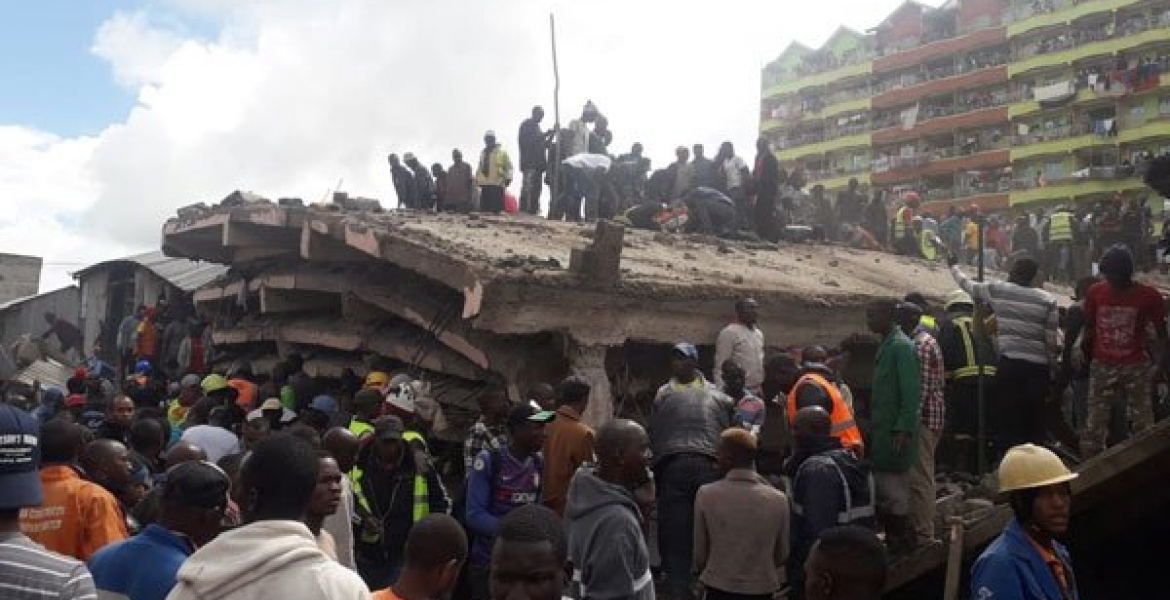 An undetermined number of people are feared trapped in rubble after a six-story residential building collapsed in Tassia Estate in Embakasi East, Nairobi.

The 46-unit structure came tumbling down at around 8 am on Friday, with tens of occupants feared trapped under rubble. While confirming the incident, Nairobi Police Commander Philip Ndolo said rescue operation is underway. 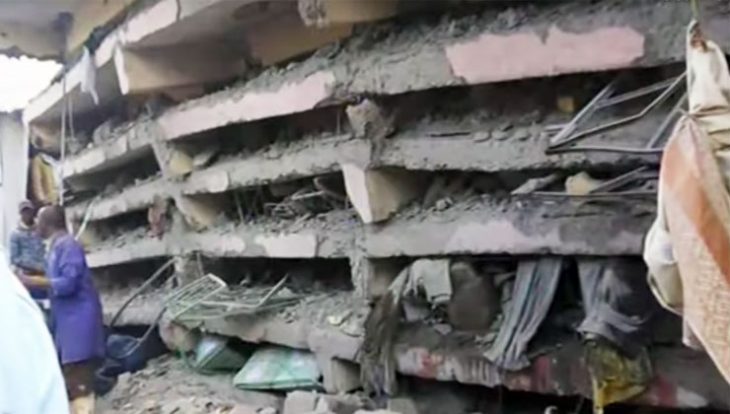 Public Works Principal Secretary Gordon Kihalangwa, who is among government officials who visited the scene, said several occupants had been rescued by noon.

The Kenya Red Cross Society said the building housed 22 families and it was not immediately clear how many tenants were still inside when it sunk. The owner of the structure, identified only as Mama Kanyoni, could not be traced to provide tenancy records, according to Daily Nation. 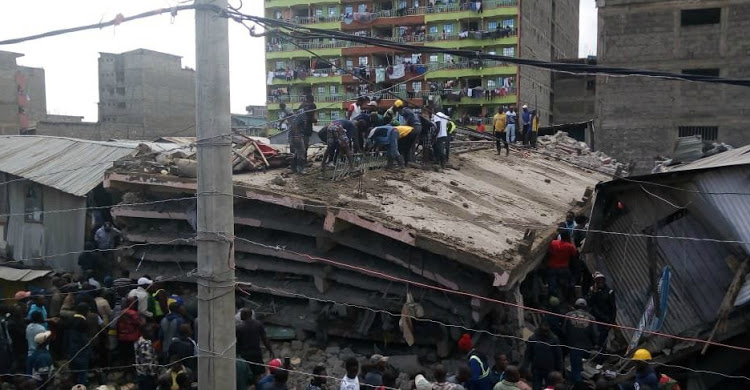 Although the cause of the building’s collapse remains unclear, it is suspected that soggy soil due to heavy rains could have contributed to the accident.