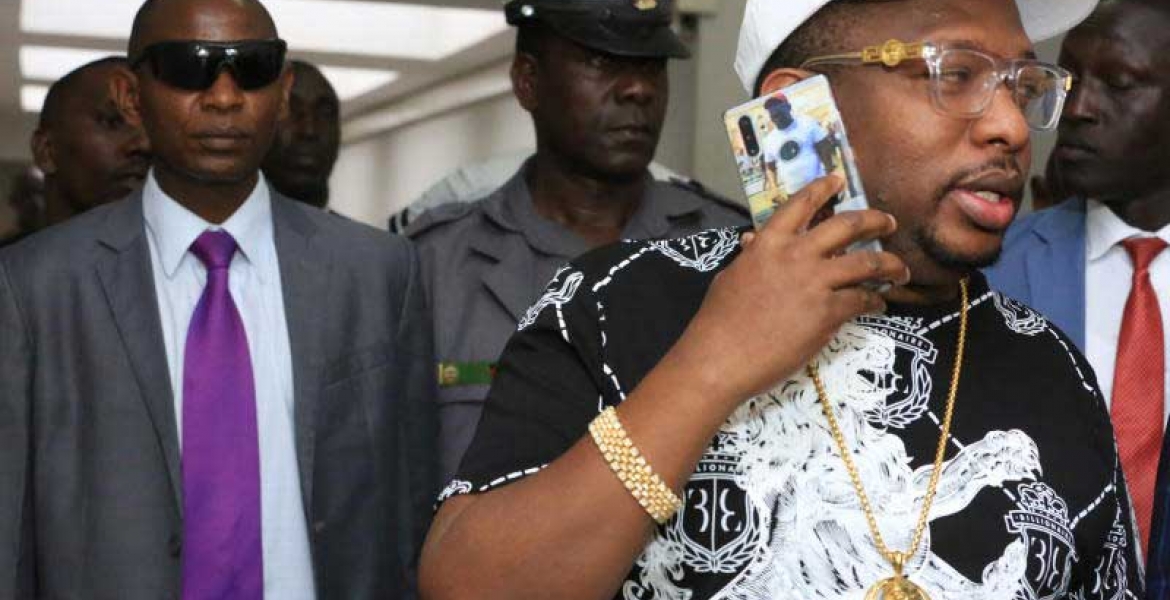 Sonko was arrested in Voi, Taita Taveta County on Friday morning, a few hours after Director of Public Prosecutions (DPP) Noordin Haji ordered his arrest in connection with irregular procurement and payments amounting to Sh357 million.

Haji, who said they have sufficient evidence that Sonko benefitted from the irregular payments, said the Governor will face among other charges, willful failure to comply with the law relating to procurement, conflict of interest, abuse of office, unlawful acquisition of public property, money laundering and acquisition of proceeds of crime.

He will be arraigned alongside senior City Hall officials, private and business entities accused of receiving illegal funds from the County government. They include County Secretary Peter Mbugua, and members of the tender committee Patrick Mwangangi, Samuel Ndung’u, Edwin Kariuki, Lawrence Mwangi, Preston Miriti among others.

“The investigations by EACC uncovered numerous instances of criminal conduct and a general disregard of the law by the governor and others in charge,” said DPP Haji in a press briefing on Friday.

In a statement on Twitter, EACC said Governor Sonko was nabbed by detectives at a roadblock in Voi while trying to escape arrest. He was reportedly traveling to Mombasa and was airlifted to Nairobi ahead of tarraignment.

“EACC confirms that Nairobi City County Governor Mike Sonko Mbuvi has been arrested while escaping arrest at a roadblock in Voi and is being transferred to Nairobi to face charges of corruption and economic crime,” read the tweet from EACC.

Rotten to the core. Let the truth be told. This is the face of corruption among many. What a corrupt country! All the public officials are corrupt. Billions and billions of taxpayers money is stolen every year never to be recovered. Let us start with governors...... a rotten bunch!!!!!

Wow he was trying to escape arrest,this amounts to resisting arrest.Add this charge to the corruption and other malfeascance he is charged with.
Hey when you ostentatiously display your wealth ,have acriminal record,and are arrogant,you are alightening rod,And an astute AG cannot miss the sound and light...
Lets see how you defend yourself.I dont think your buddy Uhuru can do anything for you now.Or so I hope.

Is this part of the catch and release program? If he is released on bail we will know nothing has changed.

When Anne Waiguru who stole more than ksh 791 Million getting arrested?

Or Sonko is getting arrested for stealing below ksh 500 million?

Sasa Mombasa atajificha wapi? Under Joho's bed or Shimo la Tewa prison?
No way he can stay away from City Hall and leave all that money in the coffers for someone else to steal. DPP wasted public funds airlifting this kihunii's black a$$ back to Nairobi.
Ujinga na ulevi ndio inamaliza Kenya.

And please do not let him out !

Way to go DPP.....heko! I hope this will be the end of Mbuvi...sick of his shallow, arrogant self.

Nothing will be done.

Sink and his team of thieves should stay in custody until this serious corruption maker is concluded. They all should be denied bond under all circumstances!