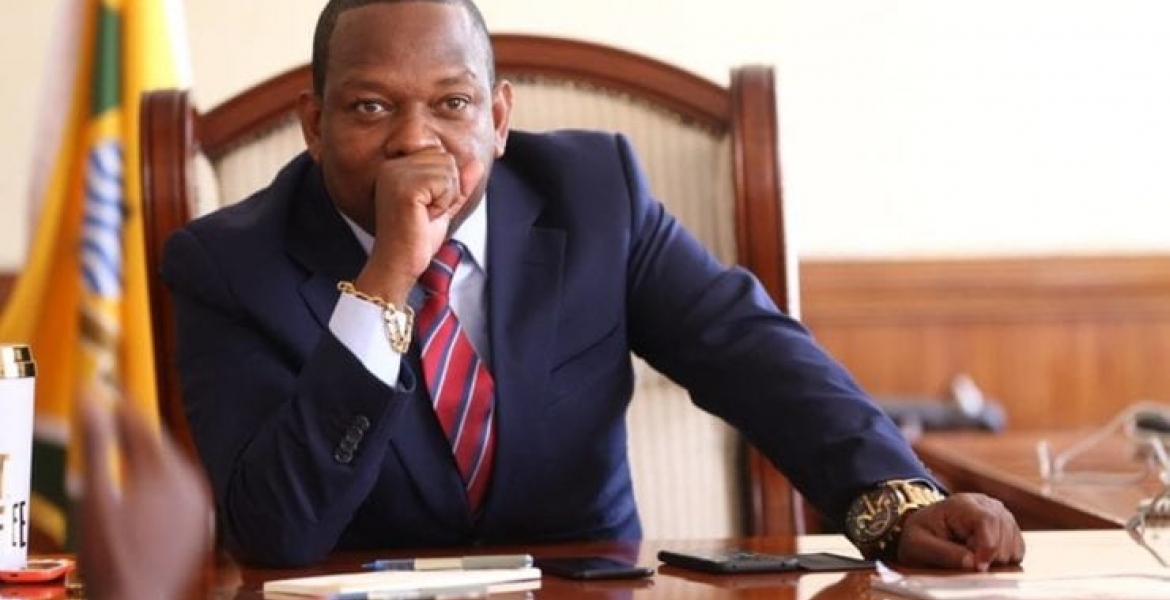 Nairobi Governor Mike Sonko could lose his seat if authorities succeed in their bid to have him return to prison to complete his sentence.

Prison officials want Governor Sonko back at Shimo la Tewa Maximum Security Prison, where he is alleged to have escaped before the end of his sentence, according to Sunday Nation.

In response to an inquiry by Ethics and Anti-Corruption Commission (EACC), Shimo la Tewa prison said Sonko should be sent back to the facility to serve his pending jail term as well as charged with the offense of escaping from prison.

However, he mysteriously left the correctional facility on April 16th, 1998, a month after his incarceration.

On November 15th, 2000, the officer in charge of Industrial Area Remand Prison sent a signal to Shimo la Tewa stating that Sonko had been remanded pending other criminal offenses. He was labeled a dangerous criminal and was, therefore, transferred to Kamiti Maximum Prison under number KAM/1255/001.

Based on information received from Director of Public Prosecutions concerning Sonko’s previous criminal records, EACC opened a probe after registering a complaint on September 19th, 2019.

EACC said it verified the information provided by DPP with various police stations and prison authorities. Sonko denied having been convicted, which according to the court affidavit was not true.

This means that Sonko contravened Sections 13, 29 and 30 of the Leadership Act, 2012 by failing to honestly present information to the public, falsifying records and giving false and misleading information to Independent Electoral and Boundaries Commission (IEBC) in order to be cleared to run for political office.

“That the first interested party, Hon Mike Mbuvi Sonko failed to disclose this information in the self-declaration form wherein one of the moral questions was: “Have you ever been convicted of any offense and sentenced to serve imprisonment for a period of at least six months?” He answered ‘No’, which from the foregoing information was not true,” says EACC in court documents.

Cartels may succeed this time. All just to regain control of Nairobi that Sonko has taken away from them. Tumekwisha sasa.Bure kabisa!

The plan is working.....use Sonko to get rid of Kidero (use a thief to catch a thief) then get rid of Sonko and Nairobi county governorship ...it doesn't have a deputy nor speaker ...have it under the national government....like Washington DC with no representation but taxation 😁👍🏾

Make sure he repays all the stolen money before he is locked up again. I will buy his Mua house to help the tax payers in that respect.

The guy Sonko can not elaborate how all millions from nrb County were diverted to his personal account. All his noise making is land cartel fighting me. Just for your information Nairobi city is collecting the lowest revenue compared to all other regime. Dont fall for his street shows and abracadabra cartoon or comics of bullying people for show at tunafanya kazi. four companies that coincidentally are all owned by Mr Sonko’s friends cumulatively diverted some Sh39 million to their sister companies before the money ended up in the governor’s accounts. Hardi Enterprises received over Sh357 million, Amaco Insurance, linked to Deputy President William Ruto, received Sh158 million, Yiro Enterprises Ltd Sh103 million and Web Tribe Sh102 million. Mike Mbuvi Sonko’s account numbers 1580261402765, 1380262333608, 0350299195757 and 0020264389109 held at Equity Bank, Mike Mbuvi Sonko received monies totaling to Sh27.4 million,