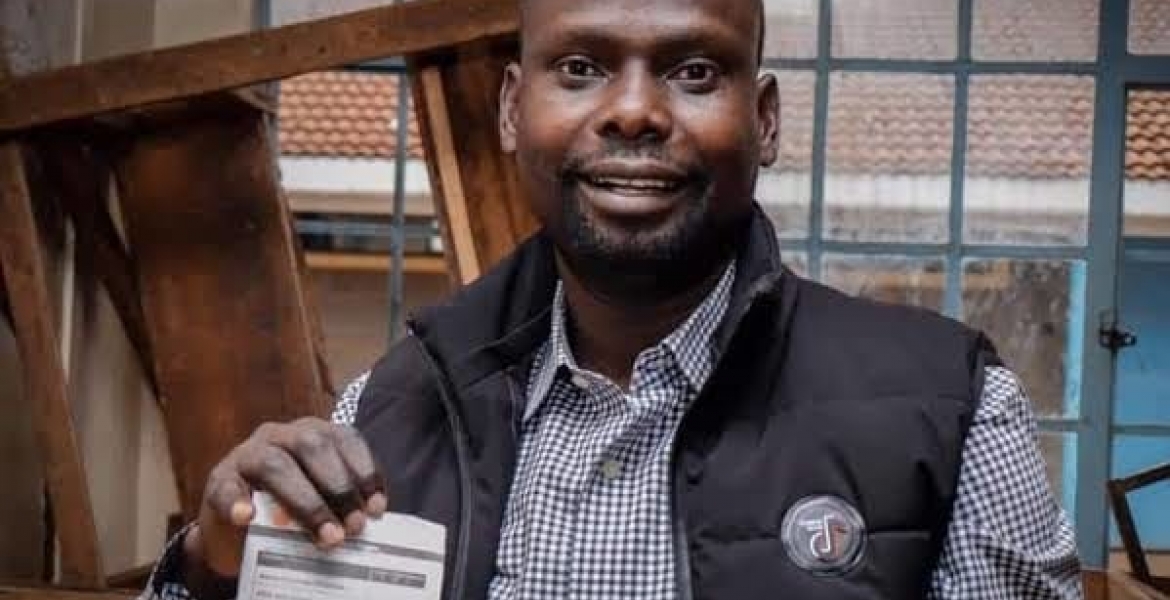 Imran, who is the younger brother of late Kibra MP Ken Okoth, clinched the seat after garnering 24,636 votes.

"I want to thank God, my party leader Hon Raila Odinga, leaders who stood by me and Kibra voters. It is now evident money can't buy leadership. I will serve you diligently and reciprocate the support you have given me,” Imran said after being declared the winner.

"I will start working immediately I’m sworn in and request my opponents to support me in serving the people of Kibra. It is only through unity that Kibra will develop. I support the handshake since I am the first handshake MP," he added.

Mariga phoned Imran to congratulate him for the victory and assured him of his support. “After elections tutarudi ile life yetu ya mabeshte na kila kitu…” Mariga told Imran.

A total of 24 candidates contested for the seat which fell vacant following the death of Ken Okoth, who succumbed to colorectal cancer in July this year.

Only 35.38 percent out of 118,658 registered voters participated in the by-election.