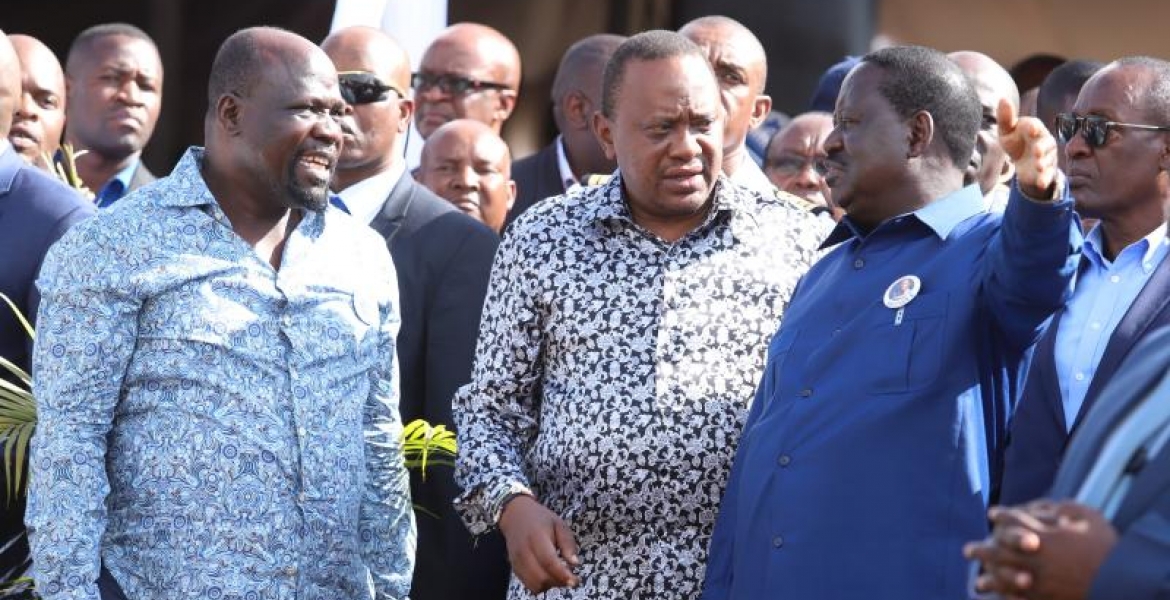 The government has directed all civil servants to wear Kenyan-made clothes to work on Fridays and during public holidays.

In a circular dated October 17th, Solicitor-General Ken Ogeto indicated that the move was part of President Kenyatta’s ‘Buy Kenya, Build Kenya’ initiative which promotes manufacturing, one of his big four agenda.

“Pursuant to the achievement of the Big 4 Agenda and specifically the expansion of Manufacturing Pillar by producing better goods and creating local employment, I direct that all members of staff shall on all Fridays be dressed in decent, smart casual Kenyan produced and tailored attire,” the circular read in part.

Mr. Ogeto confirmed the authenticity of the circular in a text message, according to Nairobi News.

“The circular is authentic yes. It was issued in line with govt. policy to spur the growth of local manufacturing industry as one of the pillars of the big four,” he said.

The directive was addressed to all heads of departments and regional heads and took effect on Friday, October 18th.

Is there Kenyan attire per say or they are confusing Kenyan attire with the ugly Nigeria dominated west African Kitenges?. Kenya's culture is western oriented and will always remain like that. The closest thing to Kenyan attire is the beautiful Masai attire which is far better looking than the so called Nigerian outfit. Kenyans should know Kitenges has their root in Nigeria and anything Nigerian is bad for Kenya. Personally I support the idea of buying Kenyan goods to build Kenya although I may not wear Kenyan attire due to my way of life

Someone's not thinking at the Kenya Government, but this isn't new. Kenya is being built by the Chinese - so maybe start there.

This is agood idea,however is should be s sense of pride driving Kenyans to buy Kenyan,not "an order".Just like funs buy Tshirts and memorabilia of their sports teams.
When you instill national pride into the masses,they will do what is "nationalistic".So we have to work on what make us proud Kenyans and the rest will fall in place.Agood place to start is for our leaders behaving in manners that we can be proud of such, as not being corrupt,using their massive wealth to do good for the community, not engaging in scandals that shame the masses,such as having mistresses,and impregnation young girls,especially school girls, doing away with people slums,and making sure that every kenyan has access to basic social amenities that would make their lives relatively comfortable.
Can someone tell me why west africans away ahead of us in this department?It gives me a sense of pride when I see "Olamide" seated in the United Nations conference in his Nigerian regalia,amid a sea of tie and suites.OOh how we still have to decolonize our minds.

Can someone help me understand how the Kenyan outfit improves productivity or efficiency in the workplace???

This is a good initiative, but is the Government also going to provide them with funding to recreate their wardrobe with kenyan-made "uniform"?

Also, it would be greatly beneficial to the local economy and Mwananchi if the Govt can order Chinese companies to hire a qualified Kenyan workforce for all the development projects.