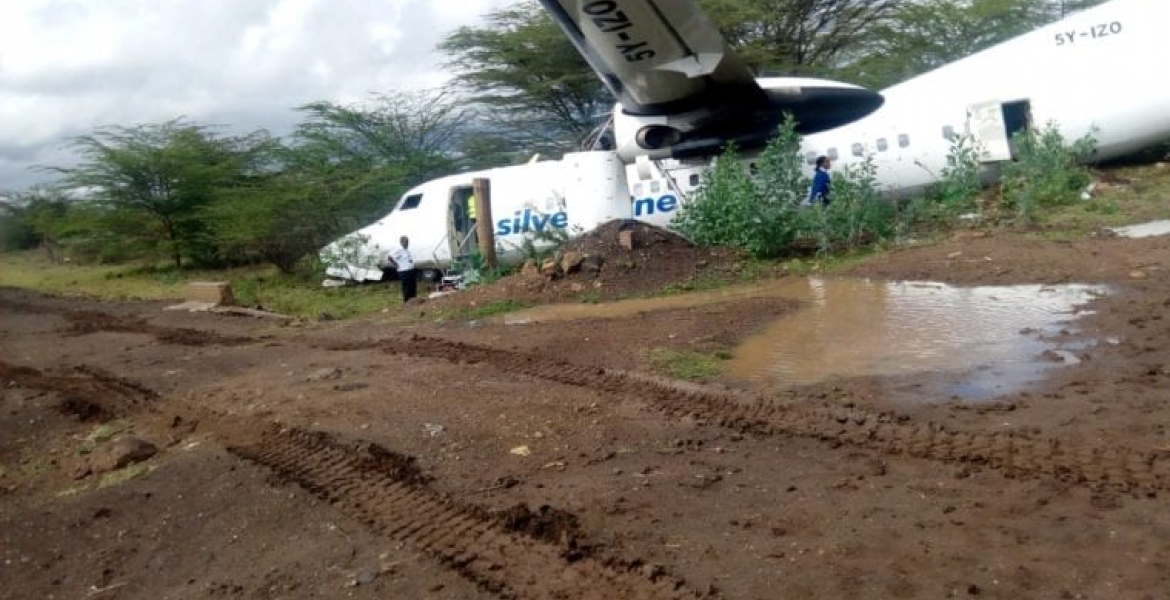 The Lamu-bound Fokker 50, 5Y-IZO plane is said to have skidded off the runway shortly after take-off with 55 passengers on board, including five crew members.

“We can confirm that our Fokker 50, 5Y-IZO has had an incident while taking off at Wilson Airport at 9 am this morning. The aircraft was operating the Wilson-Mombasa-Lamu-Mombasa-Wilson route,” Silverstone Air, a privately owned company, said in a statement.

President Kenyatta commended the emergency rescue teams at Wilson Airport for a swift response following the 9 am accident, where no fatalities were recorded. Nine people were reported to have sustained injuries.

“Civil aviation authorities are investigating the incident with a view of not only establishing the cause of the mishap but also putting in place measures to avoid similar incidents in the future.”

The rescue teams at the airport immediately rushed to the scene of the accident to help disembark the passengers and flight crew.

The Fokker brand of planes have one of the worst safety records of any planes. Thought you should know