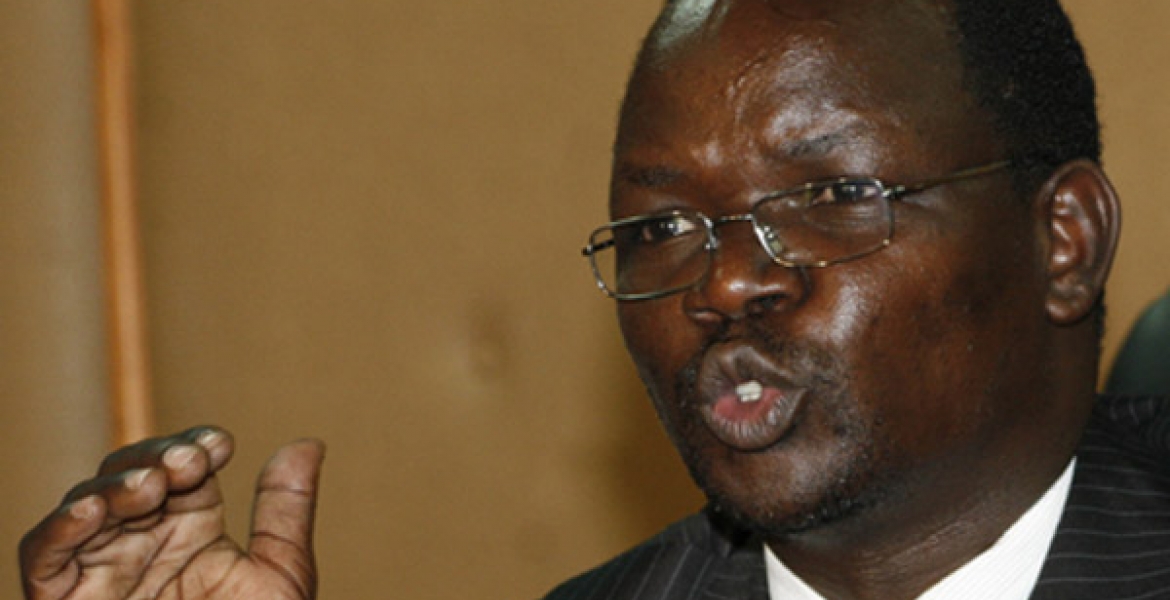 West Pokot Governor Prof. John Lonyangapuo was on Tuesday put to task by Senators to explain the absence of the county’s Deputy Governor in the country for several months.

He told members of the committee that Atudonyang, who practices medicine in the United States, was still there looking for donations for West Pokot County.

“My deputy governor comes [to Kenya] on and off,” Lonyangapuo told the committee.

“He left Kenya for the USA on December 2018 and was to return to the country on April 2019. That did not happen because he fell ill.”

“He is a practicing neurosurgeon. I am told he is still unwell, though I am not sure if he, indeed, is ailing,” Lonyangapuo noted.

Lonyangapuo further indicated that Atudonyang was working around the clock to get medical donations from US donors and explained that he no longer receives a salary from the county coffers.

“The last time he was away for six months, we had agreed that he marshals donors to assist the people of West Pokot. The [medical] equipment that he requested arrived in Kenya in September 2018. After the arrival of the facilities in Kenya, he extended his stay in the US.”

“I, thereafter, told him it won’t be possible for him to continue earning a salary as the deputy governor, yet he is hardly in the county. He agreed to forego his salary, beginning September 2018. Even when he travels, he is not facilitated by the county government,” said Lonyangapuo.

“If you really want to know where he is, the Senate or Parliament [committee members] can take a flight to check on him,” he concluded.

He should also get donations to pay the County workers, and more donations for infrastructure. This is one of the Governors fighting corruption.

Mulmulwas is begging for mutumba in Texas. Why can't they lease the equipment with the money they are given by the central government.

I wonder what difference his absence makes if he is serving his constituents. But you know how these diasporans are wanting to serve the country of their birth and all. How dare he? Hii mambo ya kufanya kazi bila mshahara lazima aache. People might get ideas.

It's very unfortunate that the West Pokot constituents are taken for a ride with this bullshit from Gov. Lonyangapuo(Mulmulwas).
He appointed him to serve the W.Pokot people and not Americans. I wonder if the job description for Deputy Governor is BEGGING for goodies for his constituents!!
I can bet you the governor is paying his sidekicks with the d.g salary. This is a typical example of a satellite or ghost worker and unfortunately every year we see pictures of malnourished children and kids studying under a tree.

I don't think he will be leaving Texas for Kenya soon. If he is smart and it seems like he is, he should use his contacts in big pharma and medical equipment sales help the people on west Pokot. Its a damn sight better than the useless legislators will ever do.

Just resign already. You are not the only one who can serve your people. You want to practice in the USA, quit your Kenyan job and let someone else do the job. You are not that unique. Stop pretending that you are that special.