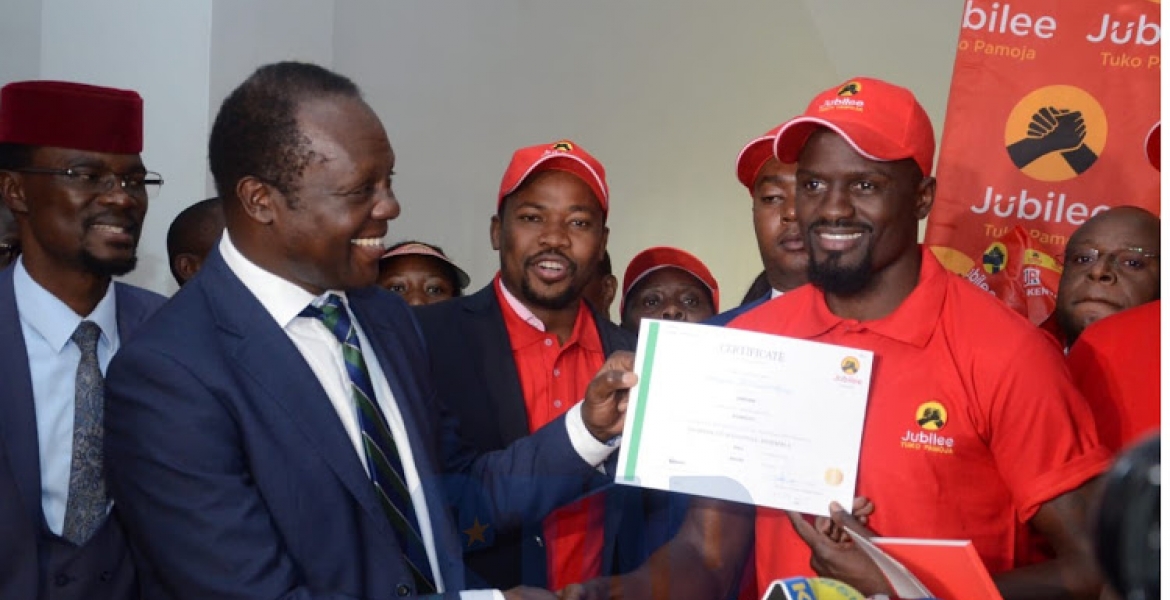 Jubilee Party’s candidate McDonald Mariga has been disqualified from running in the Kibra by-election set for November 7th.

Mariga was disqualified from the race by Independent Electoral and Boundaries Commission (IEBC) after it failed to find his name in the 2017 voters' register.

The footballer had visited the commission’s offices in Nairobi on Tuesday to present his nomination certificate as well as undergo a scrutiny process but was not cleared after his name missed in the voters' list.

Mariga emerged as the top candidate after scoring 500 out of the possible 600 marks in the interview carried out by six panelists, beating 15 other aspirants who were eying Jubilee ticket.