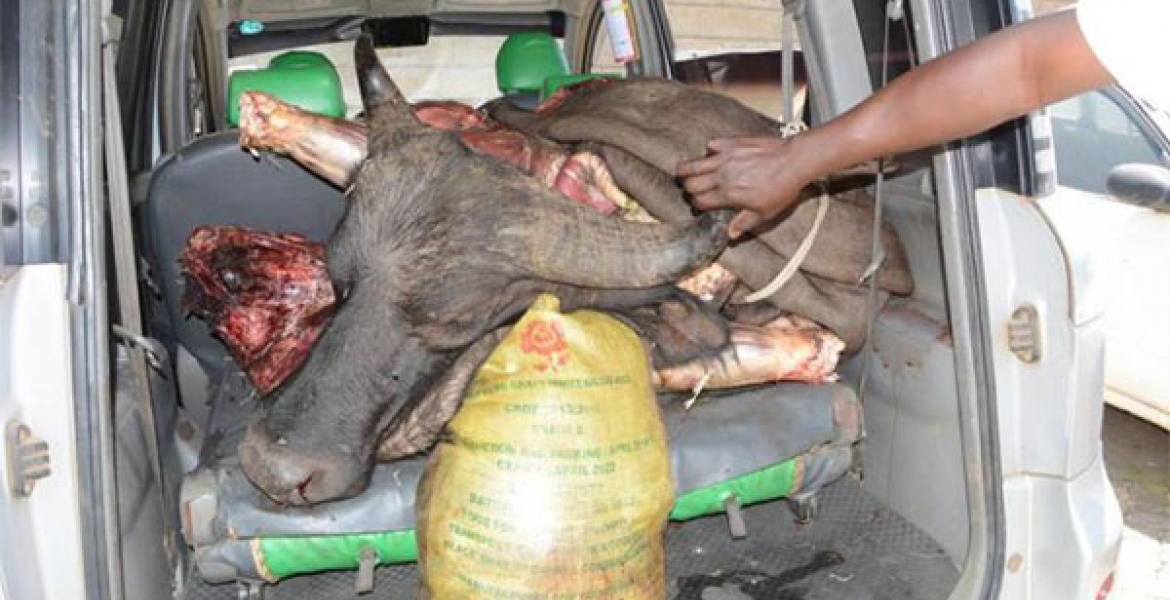 Officers from Kenya Wildlife Service (KWS) on Tuesday impounded more than 200 kilograms of bush meat destined for Nairobi for sale to unsuspecting customers at popular Burma Market in Eastlands area.

Three suspects, including a prominent businessman, were busted loading the buffalo meat into a vehicle at Marula farm, off the Nairobi-Nakuru Highway near Gilgil. KWS said officers arrested the three following a tip-off by security guards working in the farm.

KWS Central Rift region assistant director Aggrey Maumo said cases of game meat trade have been on the rise in the area.

“Our intelligence indicates that majority of the game meat that finds its way in Burma market is sourced from Naivasha and Gilgil and we are keen to contain this,” Maumo said.

“There are so many wild animals away from the parks and the ranches and the unscrupulous traders are taking advantage of this to kill them and sell the meat to unsuspecting customers,” he added.

KWS said the meat was gotten from two zebras that had been poached at Olturoto, Kajiado County and Portland Farm in Athi River, Machakos County.

Consumption of bushmeat exposes humans to diseases such as Ebola and Anthrax.

You know buffalo is a delicacy in some nations. A point to note is that all these cat, donkey, buffalo meat selling was unheard of until the Chinese invaded the country. The only meat the Chinese do not eat are dinosaurs and that’s because they are extinct.

Get rid of the Chinese they are killing our wildlife including humiliating grown men by whipping and slapping them. Even the US is pissed off at them. They have overstayed their welcome word on the street is that the SGR which was suppose to bring development has underperformed and is in fact losing money. Warudi kwao

@RAIA, I totally agree with you. These people are running around like they own Kenya. they need shipped back ASAP