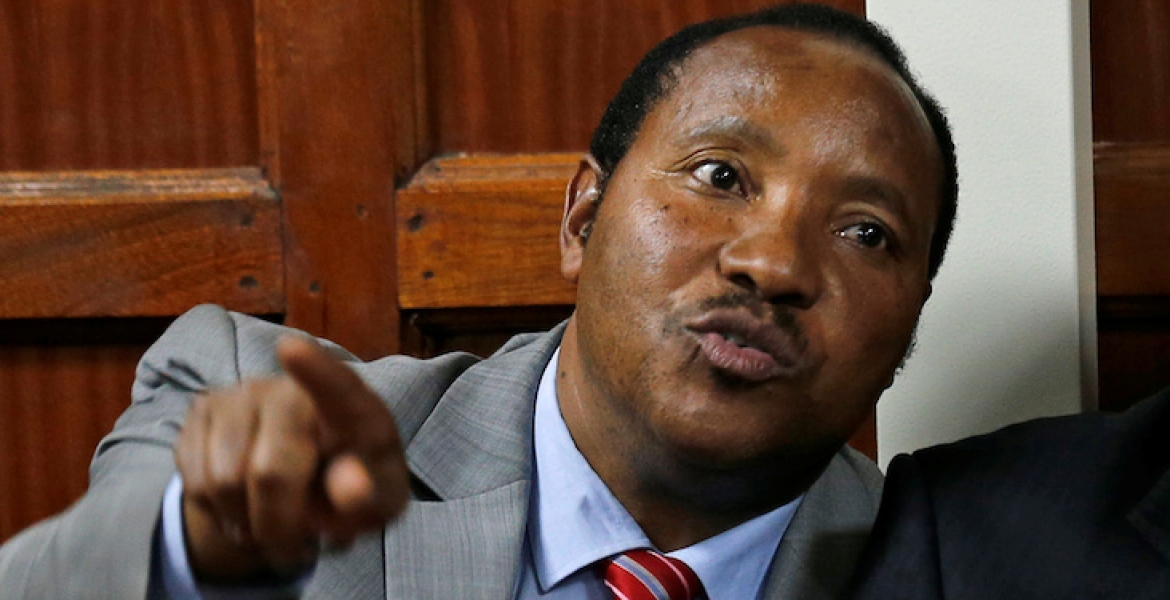 Kiambu Governor Ferdinand Waititu is facing allegations of nepotism after his soon-to-be son-in-law was reportedly among those shortlisted for a top county job.

Herman Gitau Nyotu, who is set to marry Waititu’s daughter, was named among five candidates for the position of Kiambu County Public Service Board (CPSB) Chairperson, according to Citizen Digital and Nairobi News.

The list was submitted to Kiambu County Assembly’s Clerk on Monday for tabling before the House on Tuesday but a section of MCAs raised questions over the listing of Mr. Gitau after it emerged that he is the same man who is set to wed Waititu’s daughter.

However, when the names of the candidates were read out in the County Assembly on Wednesday, Mr. Gitau’s name was conspicuously missing. An MCA who sought anonymity said Gitau’s name might have been dropped after backlash from his colleagues.

Gitau is set to tie the knot with Waititu’s daughter, Dr. Njeri Ndungu, on Saturday, July 20th, 2019. The wedding will take place at the PCEA Evergreen in Runda, and a reception later at Windsor Country Club.

Waititu and his office are yet to speak out on the matter.