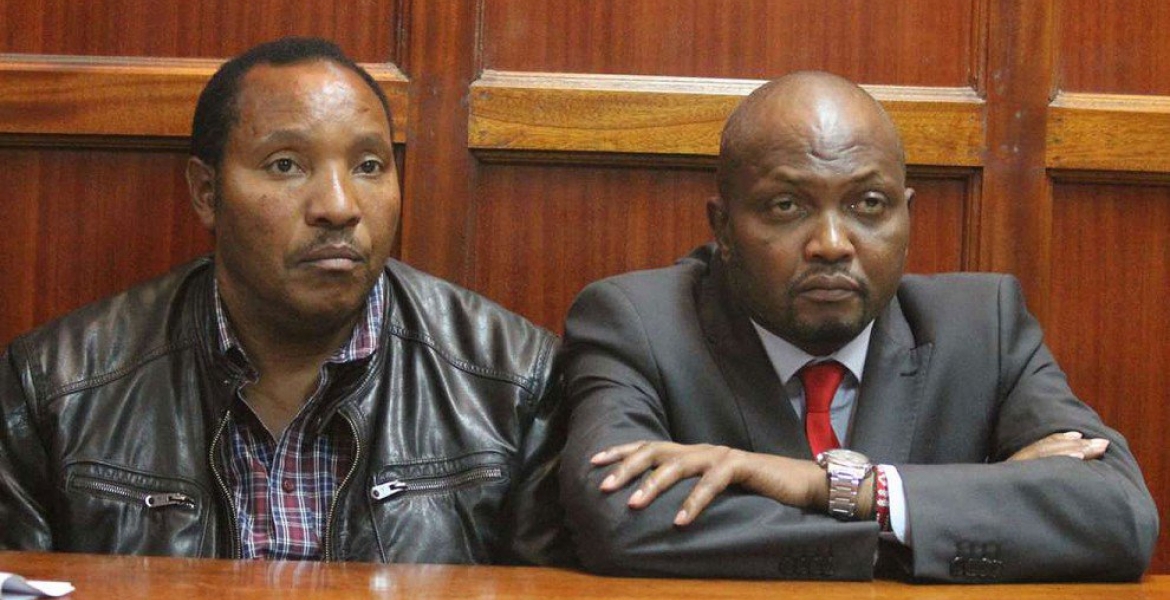 “He (my brother) got terminated at 8 pm last night, just a few days after our encounter with Waititu in Thika, and he was not even given time to handover,” Kuria states.

Speaking on New Year's Eve at Thika Stadium, Kuria criticized President Uhuru accusing him of neglecting his backyard as far as development projects are concerned. He claimed that Kiambu residents have been used as voting machines.

Two days after he made the remarks, his brother Ngigi, who serves as the Kiambu County Chief Officer in charge of Agriculture, Crop Production, Irrigation, and Marketing was sent on a 30-day compulsory leave.

"It has been noted that you have not taken your annual leave for some time due to the busy nature of your office. You are hereby therefore advised to proceed for your annual 30 days leave with effect from Thursday 3rd January 2019," reads a letter sent to Ngigi by Governor Waititu.

Kuria reads politics in Governor Waititu's decision. “Introducing politics in such affairs is very unfair, but that is the kind of governor that we have in our county, unfortunately."

Hon MK(Moses Kuria), I pray for you & your family safety.Soldier on and keep Kifua mbele. You are one of a kind on our Gikuyu Nation. You spoke the truth, the whole truth and nothing else but the truth on the plight of Agikuyu people whose importance in political chess-game is only kupiga kura. Gikuyu people are productive and important in matters Business, Agriculture, Education and quite frankly all other areas of our Kenya economy. We therefore need infrastructure development adequate to improve education, trade, commerce and standard of living in Central Kenya. Leaders need to stop using and dumping their people. Gikuyu community are not Pigs or Rats that need to keep on reproducing in large numbers in order to maintain political dominance as Mafia-like-Thug Jimi Wanjigi suggested.MK don't fear anything, keep still like a rock. The truth always hurt and those that can't stand it,they are hypocrites and fence seaters!

When will Kikuyu nation get rid of themselves these breed of leaders? uncouth, bullish and incompetent. If in kikuyu political class, we allowed half of the competence of other nations into our politics, coupled with the hardworking masses, the region would have made huge strides. Unfortunately kwa mumbi money is everything; king and queen and everything in between.