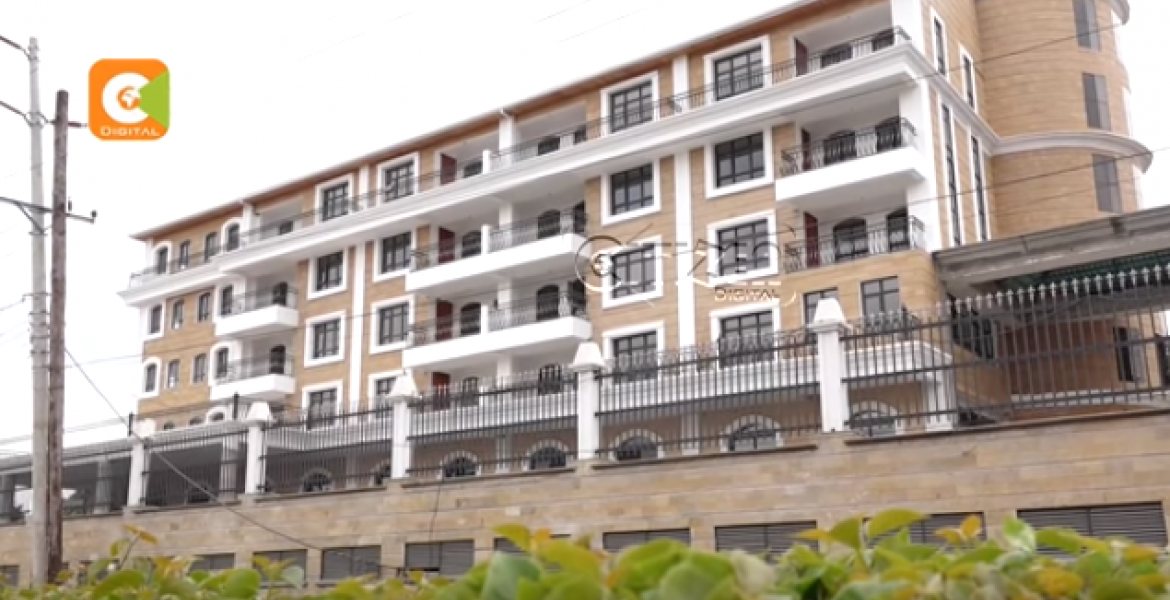 This comes as Kumar was on Monday evening arrested by detectives from the Ethics and Anti-Corruption Commission (EACC) while allegedly attempting to bribe Nairobi Governor Mike Sonko.

The tycoon was allegedly offering Sonko Sh1 million bribe for Sonko to allow the resumption of construction works at the hotel after they were stopped by the County Government. The hotel's construction is in the final stages.

Citizen TV reports that Gigiri residents and several embassies including the American embassy have been calling for stoppage of the hotel's construction due to claims that it compromises the area’s security.

The Grand Manor Hotel is being build opposite the US Embassy and the United Nations head offices on the other side. On the left is the High Commission of Botswana and the Embassy of Morocco on the right.

Its proximity to the embassies prompted various foreign missions to write to the county government and the Foreign Affairs ministry to oppose its construction.

In July 2015, Gigiri Village Association filed a complaint lamenting that the setting up of a commercial building in the area breached physical planning regulations for the low-density estate.

Residents said the estate is limited to low residential, one-family houses as it has no facilities to support the hotel.

The putting up of the facility was nearing completion, and some of the rooms are already equipped ready to open the doors to its clients.

Kumar is scheduled to appear in court on Wednesday over the alleged bribery attempt.

Where is Waititu to move these several embassies & United Nations head office the way he did to the river?

I think Sonko said the dude has constructed 2 extra floors which is against the plan.Also this nonsense of allowing embassy to build in a big chunk of land need to b stopped.I visited Washington DC us Kenyan embassy n in any around nikama Choo.I also have visited May countries n USA embassy always occupies big chunk of land n always say who n who n which what should leave around or build.So as we fight corruption let’s also stop this nonsense of building big embassies which end up controlling the citizens of that land.

Wacha wivu, they are not allowed, it's a willing buyer willing seller situation. Kenyan government can buy any piece of land in the US, and perform any construction, as long as its in line with State and local regulations.

Ati you have visited many countries and seen their USA embassy. What were you going to do at those USA embassies? 🤔. Every country you go, you visit a US embassy?

Well, he could have been going there to apply for a visa to come to the US.

There is a reason Embassies are located in Embassy Row = proximity to conduct business with the host country I imagine is one of the reasons? I could be wrong :-):-):-)

The worst thing he did was bribing.
My question is! Seriously didn’t they know that the hotel was going to be a security threats for all that time?. Can any of the Embassy or organization buy the building and turn it offices or something of the kind?. I am suggesting that if he obtained it legally and went all the required procedures.

The arrogance. The impunity. Just imagine the number of bribes he has dished out over the years. There should be a thorough audit of this man to determine what he owns, where and how he got it, and for buildings, are they legal?

How did he expect to get away with this high rise next to the American embassy? The audacity!

Should be demolished. We don't want to loose the UN relocating to Kigali. Plus this is a residential area and we cannot have a highrise commercial hotel.