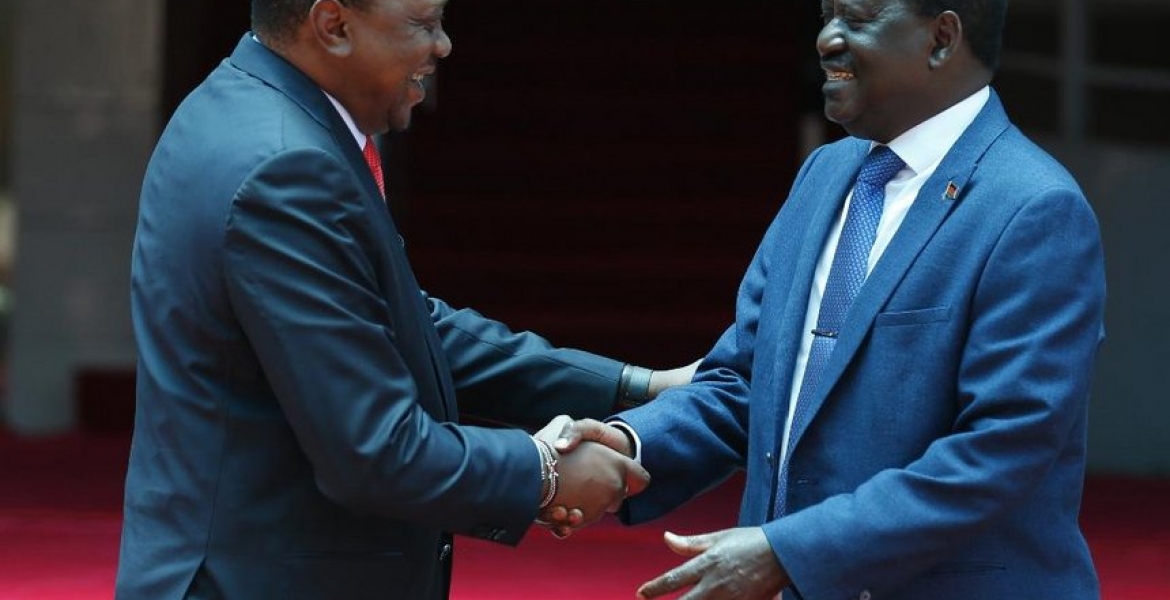 President Uhuru Kenyatta and Opposition leader Raila Odinga are this week set to embark on a four-day joint tour of the Nyanza region.

The tour comes five months after the March 9th handshake between the two leaders, where they buried the hatchet and vowed to unite the country. The unity deal came after the acrimonious 2017 presidential elections that left the country badly divided.

The Standard reports that the tour will see the two former political arch-rivals visit Kisumu, Homa Bay, Siaya, Migori and Kisii counties. They will inspect and launch several development projects undertaken by the national government.

“It is confirmed that Uhuru and Raila will hold rallies in the region and also have closed-door meetings with leaders from the area. The two are keen on implementing their Building Bridges initiative,” a source told the publication.

Their first stop will be Kisumu, where the leaders will be hosted by Governor Anyang’ Nyong’o. Last week, Kisumu Deputy Governor Mathews Owili confirmed the Head of State would commission the setting up of Kisumu’s Universe Health Care (UHC) programme on August 9th.

They will  also launch construction of Kisumu-Nandi road before heading to Siaya, the home county of the Orange Democratic Movement (ODM) leader.

In Siaya, they will launch Sh2.3 billion water project that serves Bondo and Siaya towns as well as the Last Mile electricity connectivity program. They will later tour Homabay before concluding the trip in Migori and Kisii counties.

I said it first. The wonder boy will be used by Raila the same way he was used by Ruto. You see the way he is visiting Raila. That is what puff puff does to the brain.