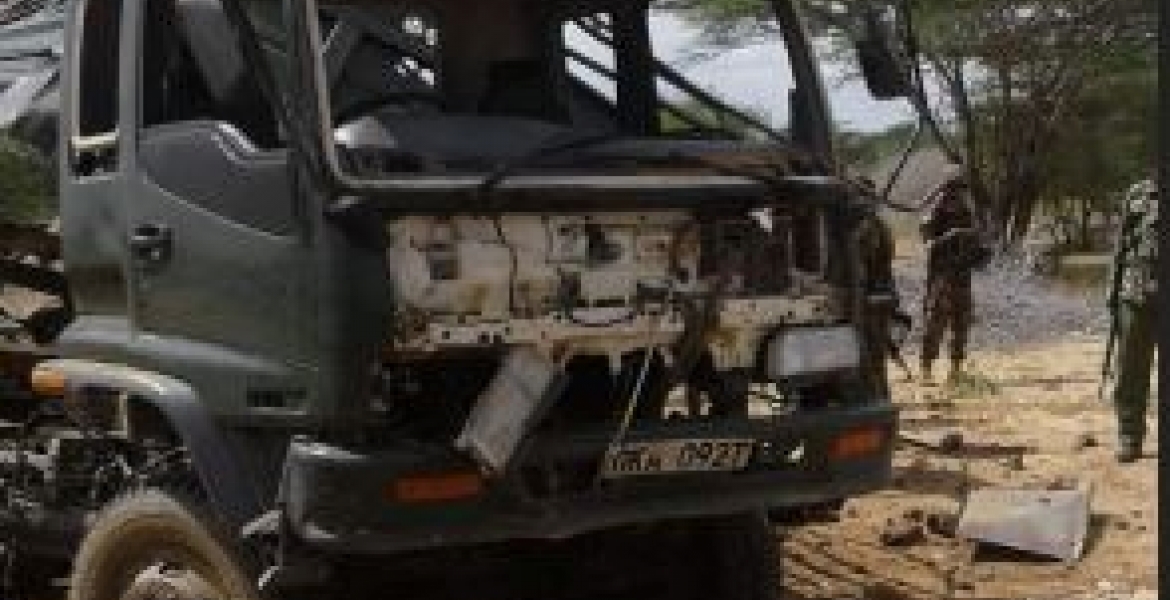 Six police officers drawn from the General Service Unit (GSU) were killed after a truck they were traveling in tripped a landmine in Liboi area along the Kenya-Somalia border on Wednesday.

Another officer sustained critical injuries, while two others are in stable condition, Garissa County Commissioner Joshua Chepchieng said. The three have been airlifted to Nairobi for further medical treatment.

The nine security officers were carrying routine patrol along the Kenyan-Somalia border at 8am when their lorry hit an Improvised Explosive Device (IED) suspected to have been set by Al Shabaab militants.

The police boss said the officers were headed to Liboi when the explosion occurred causing the lorry to roll several times.

"There was an attack this morning targeting officers on normal patrol. Unfortunately, we lost six officers while three others have been injured,"Dadaab Deputy County Commissioner Harun Kamau told the Nation.

The GSU and the Kenya Defense Forces (KDF)
officers are part of the multi-agency team fighting the militants in Somalia.

More officers has been sent in the area for reinforcements as they pursue members of the Al-Shabaab militia suspected to be behind the attack.

Brother Aden Duale and all elected members of parliament who are members of the Somali micro-nation of Kenya:

I challenge you to talk to your members of the Somali fighting forces of Al Shabaab and bring a "Hand Shake" to all the peace loving people of Kenya.

Before Al Shabaab, there was the "Shifta" menace immediately after independence in 1963. Let us work together and build a road and a railway from Nairobi to Mogadishu. This is not possible when fighting is still going on.