I Was Deported Four Times to Germany, Says Kenyan Activist 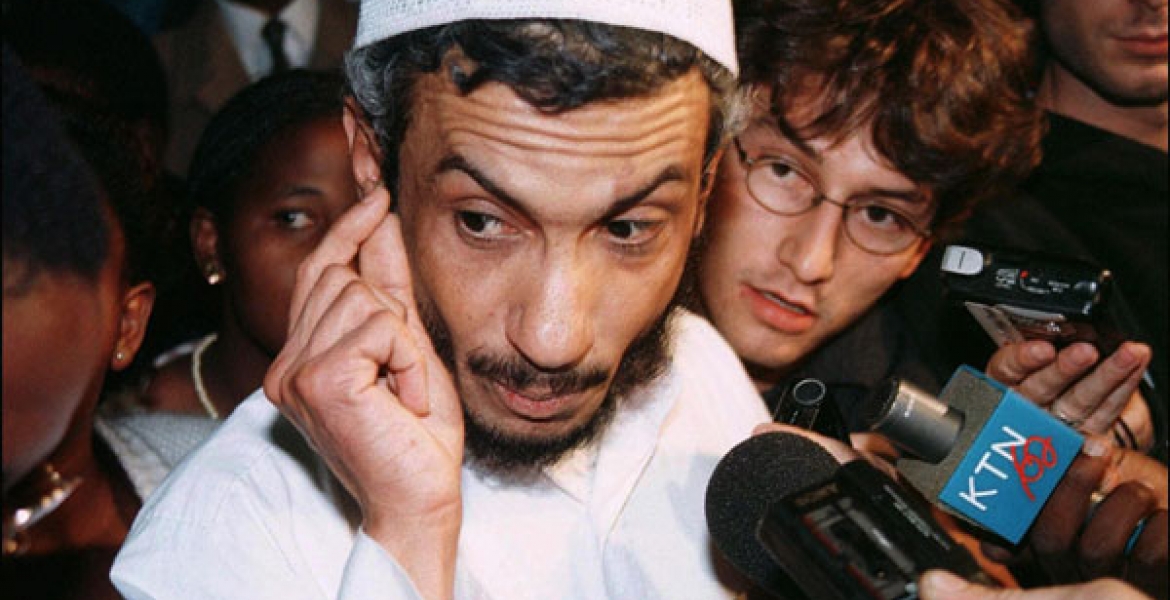 After Miguna Miguna last week drama at the Jomo Kenyatta International Airport, Sheikh Khalid Balala has narrated how he underwent a similar predicament more than 25 years ago.

The 60-year-old, who operated as a fiery preacher, political activist and an orator in the 1990s found himself in a citizenship row with the State. This saw him deported to Germany four times after the government declared him a non-Kenyan.

“My case was worse because I was deported to Germany four times. I was stateless for two years after the government revoked my citizenship,” he said in an interview with the Standard.

Balala, who refers to himself as Ocampo said his standoff with the State started in 1991 after he co-founded the Islamic Party (IPK). IPK was behind an uprising against the Kanu regime in the Coast, forcing the State to outlaw it and also deemed Balala an enemy of the government.

In November 1991, Khalid who also calls himself Marcus Garvey, a Jamaican black rights crusader who he drew inspiration from, was apprehended and charged with treason for allegedly imagining the president’s death.

However, months later, Mombasa Chief Magistrate, Joyce Manyasi acquitted him after the prosecution failed to prove the treason case.

“It was a trumped-up charge to keep me in jail until the1992 elections were over. After my acquittal I went home and found my house broken into and passport stolen,” he recalls.

When he applied for another passport, the State issued him with one valid for only three months. More trouble followed him after he travelled to London to attend a conference on youth and democracy and later a fund drive for IPK.

“In Germany I met a Kenyan immigration official who advised me to visit our embassy in Frankfurt to renew the passport as it was about to expire.”

He added: “On December 9, 1994 I went to the embassy to renew the passport. I handed it to a Mr Mudavadi who kissed it and disappeared.”

To date, Balala has a copy of the said passport A015667, which is clearly stamped “cancelled.” He says the government has frustrated him in the attempts to acquire a new travel document since then.

“In 1997, I applied for the passport. I collected it from the tenth floor at Nyayo House only for it to be taken away by an armed police officer on first floor,” he said.

He recounts how he spent three nights at the Kenyan embassy in Germany, hoping the Immigration officials could issue him his passport to facilitate his return to Kenya.

“Three days later, during the 1994 Jamhuri Day celebrations, I was publicly declared a Yemen citizen,” he said.

He decided to fight the government declaration in German courts and after a three year legal battle, the court ordered the Kenyan Embassy in Germany to facilitate his return. The court also ordered the embassy to pay him Sh200m ($2m) in damages.

Opposition leader Raila Odinga was among individuals who testified in favour of Balala in the German court.

Despite the ruling, Kenyan authorities denied him entry and deported him to Germany four times.

“I was ejected once at Moi Airport, twice at Nairobi’s JKIA and once when I tried to come in through Dar es Salaam airport,” he said.

He was, however, allowed to return to the country in 1997 after pressure from the United States, but he was incarcerated again until December 25th, 2000.

Since being born in Kenya does not make you a Kenyan.
US,UK,Germany and Canada need to start issuing Kenyan born Kenyans citizenship so as to enable them to go back to their "REAL" countries.

The exit of the rest of Kenyan born Kenyans should be facilitated immediately by US,UK and European Union.

They can keep their broke country.Peace!

I thot you gave up your citizenship. Why do you care?

@guest3 u mite b very dis-organised or have some mental disability.Please if u follow the law nobody will denie u yr rights but if u don’t u will b dealt with triangular or pepidicular!@guest3 If u want to make yr point which will b heard by us please show up at jkia without any documents eithe pp or travelling documents from the embassy n see if u will pass thru!Just show up n stop talking trash??If miguna could have followed the law he will still b in Kenya talking spitting loudly as he use to do on AM news.I personally have declared that I support miguna 75% of the pointe he makes but other 25% he needs to grow up

Someone who call himself "REAL KENYAN"(Mkenya Halisi) should be happy with the removal of 'COUNTERFEIT KENYANS" (Mkenya Bandia)also known as Kenyan born Kenyans who are also known as Canadanians, Americans ,British and Germany.

Their "Real Countries" should facilitate their SAFE return "Home".