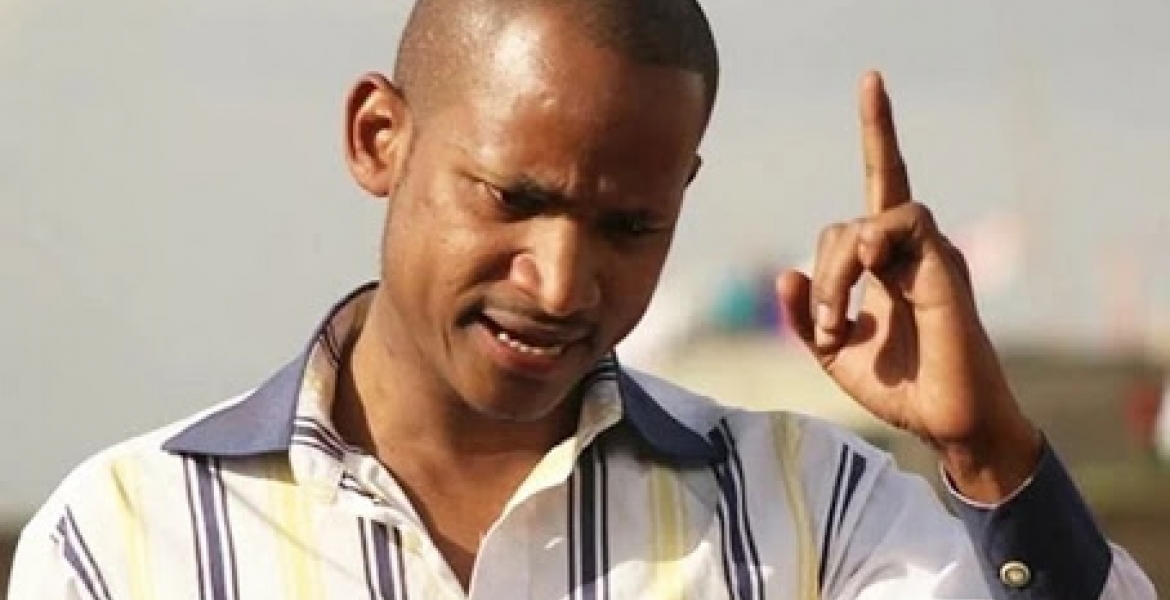 Voters of Embakasi East constituency could be headed back to the polls after the High Court on Friday nullified the election of MP Paul Ongili, alias Babu Owino.

While nullifying the election, Justice Joseph Sergon ruled that Babu Owino of Orange Democratic Movement (ODM) was not validly elected and directed the Independent Electoral and Boundaries Commission (IEBC) to conducted a by- election with strict adherence to the law.

The court further ordered Owino and the electoral commission to pay the petitioner, Francis Mureithi of Jubilee Party, Sh2.5 million each.

The ruling follows a recount and scrutiny of votes ordered by Justice Sergon on February 13th.

In his witness testimony on November 28th, last year, Mureithi claimed that the poll was marred with violence, intimidation, voter bribery among other malpractices.

Following the recount, a report filed in court by the deputy registrar on Monday showed that Owino won the disputed contest. The report indicated that Babu garnered 46,817 votes against Mureithi's 42,501 votes.

They both registered a slight increase in votes after the recount was done.

Speaking after the ruling, Babu accused President Kenyatta and Deputy President William Ruto of having a hand in the outcome of the petition.

“The whole nation knows that this is a war between the president and the deputy president versus Babu. It is sad that the government is controlling the Judiciary,” he said.

“No one can destroy me. If either Uhuru or Ruto decides to vie against me in Embakasi East I will beat them seriously.”

Poor Judiciary, they are either being controlled by Jubilee or Nasa. Is being independent an option?

Good question at @imkgoogo.one thing is common with Keter and Babu, lack of respect in the law. Few years ago, Keter in company of a muhindi were videoed harassing workers at the weighing station. Babu beat up a city worker just this year a case which is in court. Such people who have no idea how to follow the law can not be trusted to behave when their careers are on the line with "mere" polling workers holding the card. What a nightmare to have to deal with bullies who have inflated sense of entitlement. These cases will teach them a lesson so they know when all the dust has settled they will still be answerable. Keep UhuRuto name out of your shenanigans and get with the program.

Babu Owino have a lot of opportunity left to attain a leadership position. He need to go back to school for his masters degree and he will easily get elected a student leader there. That will give him a break he need to get circumcised. There is no room for uncircumcised men in the corridors of Kenya parliament. As a circumcised man he will bounce back with the wisdom that is required to became a legislator.

@Dr. Koni Hanene, that little naughty lad needs to go to school that teaches discipline & respect. Without those two things I have mention he is just a useless person.

Please Ati the whole country knows... go back home to your wife and learn to humble yourself... You are done and completely finished mr Tibim.. alternatively look for a position from your people’s president.. Kenya is not university.. when you have a president that won a case in ICC and the father is engraved in country’s currency I would be careful calling him dogs and all your rubbish talks.. now go home mwananchi and I am sure Jaguar is laughing at you right now.. bure kabisa

I am starting to ponder if mad Trump was right after all, we are a sh%!h.. republic! How long is this rubbish going to continue? Never ending elections, jamani.

Poor babu. Yours isn't the only nullified election, but you (and Keter) seem to be the only ones seeing the invisible hand of UhuRuto in your misfortunes. Learn to look inwards. You celebrated UK's misfortunes; now drown in your own sorrow. Forget the drama, pick up yourself and try again and don't use underhand means. You can make a come back.

Quote, "Following the recount, a report filed in court by the deputy registrar on Monday showed that Owino won the disputed contest. The report indicated that Babu garnered 46,817 votes against Mureithi's 42,501 votes." Am I missing something? Perhaps i need more coffee.

Uhuruto won the August 8th Presidential election as well and it was nullified. Am I missing something as well?

Oh little naughty lad. You will learn through the hard way. You came out blasting in pride. Mpanda ngazi hushuka. The world will teach you how to humble yourself

Are the MPigs losing their seets going to refund the illegal salaries earned between August and now??

Aiiii, si l thought they did vote recounts the other day and Babu’s votes were found to be more than those of Mureithi. So where has the nullification come from? Or am l not understanding the article.

Well....it seems like the high Court judges are to jubilee, as Maraga is to NASA. Food for thought.

Guys if you watch the ruling, the judge was clear of the grounds of nullification, i.e intimidation, hostility, etc...judging by the way his followers are jumping up and down following this, I don't think this will be done away with. Luos are never happier than when they are chanting, breaking or uprooting something and using matusi to intimidate, so....

Sasa this monkey of a boy who is used to calling other peoples nasty names like mtoto wa mbwa. Does he even know his father ? So what would we call him especially in kiswahili ? I won't mention it here in respect to his mother but he knows what it is. Asiye fundishwa na mamake atafundishwa na ulimwengu.