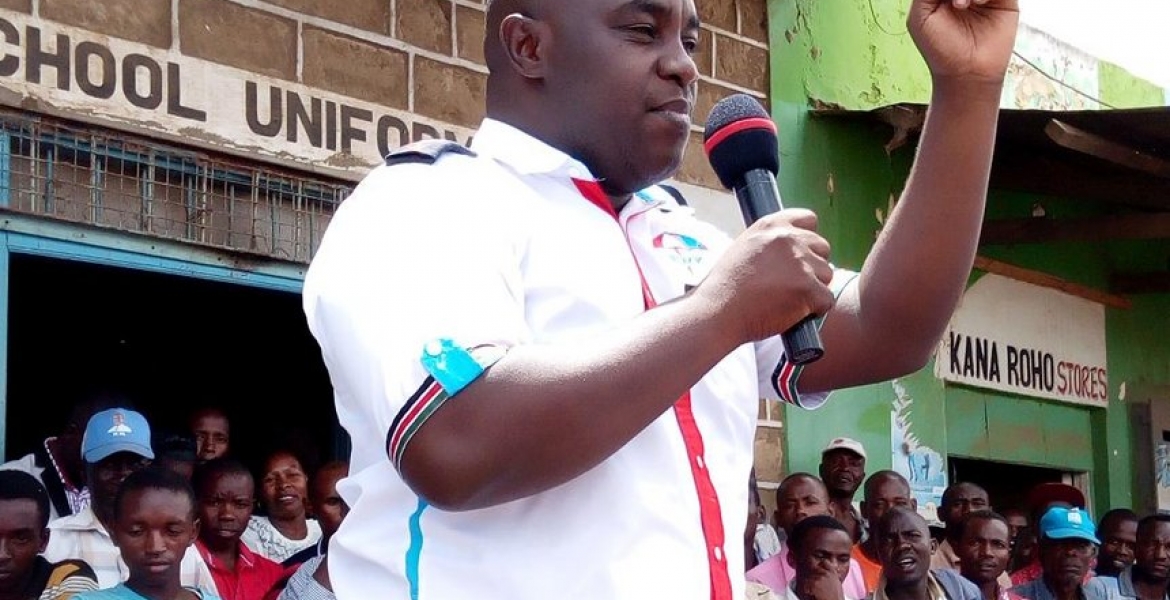 Speaking in Mwigi on Sunday during the homecoming party of Mwingi Central Member of County Assembly Mary Kanini, the senator said the product boycott amounts to "shooting ourselves in the foot”.

Wambua argued that it was unfair to punish traders in opposition strongholds, while it was a few individuals who were involved in the alleged bungling of presidential election.

“The bigwigs who were involved in the alleged election rigging and other malpractice should be dealt with, not the employees and other beneficiaries,” he said.

“There are so many NASA supporters who will end up jobless as well,” he added.

Wambua said there are many opposition supporters operating M-Pesa shops and many working in the companies listed as being pro-Jubilee. He also called for wider consultation within Nasa into the boycott calls.

“What will happen to them when they lose their jobs? Consider the tough economic times we live in.”

Nasa has asked supporters to boycott products from Safaricom, Bidco and Brookside Dairy.

In a statement last month, Raila Odinga asked supporters to take instructions to boycott newspapers, TV stations, products and services in their push for change in Kenya.

“We start a battle for electoral justice where we have a credible election,” he said.

Safaricom has Denied DECLINE in Sales; and BROOKSIDE has Tricked into Re-Branding itself as TUSKEYS' milk.

At least one NASA leader who understands economics. The rest are cows and nothing more. Raila is the bull. That's why he is sticking it into everyone else.

Sokora. According to you he "understands Economics" but also understand that What's is Going on in Kenya is a REVOLUTION (Tibim) that has Chosen "Economic Sacrifice" at the PAINFUL Expense of (even) "shooting yourself in the foot".

@Guest1. That is foolishness not revolution. The two are very different

Only in the eyes of NASA and the blinded is there a revolution in Kenya. Your "god" Raila is only blowing hot air. He is running around like a chicken whose head has been slashed. No direction; but now we see some in NASA whose heads have reached a reflection point. They can now see.

@Guest 1,Hahaha ati revolution?? The only revolution going on is people figuring out alternative places they can get fish from besides Kisumu cos business has to go on and demand for commodities has to be met. Otherwise its business as usual but I guess you would not know this while you sit your behind in Texas. Soon your county will be isolated and the only thing you Will have to show for it are rocks. If Kisumu was mining gold or oil we would be talking, but it's not period.

kkkkkkk made my day. They are all being shafted.

Time to buy safaricom stocks and to sell airtel stocks

Kuku mzima. I agree with you because yours is Good Advice for Jubilee.

For those who believe in the boycott, can they explain what Anyang Nyong was doing at an MPESA outlet here http://wazua.co.ke/forum.aspx?g=posts&m=814332#post814332

MaragA. This is OUTDATED (before Boycott) and therefore Cheap Propaganda.