Jubilee Files Case against Raila, Kalonzo at the Supreme Court 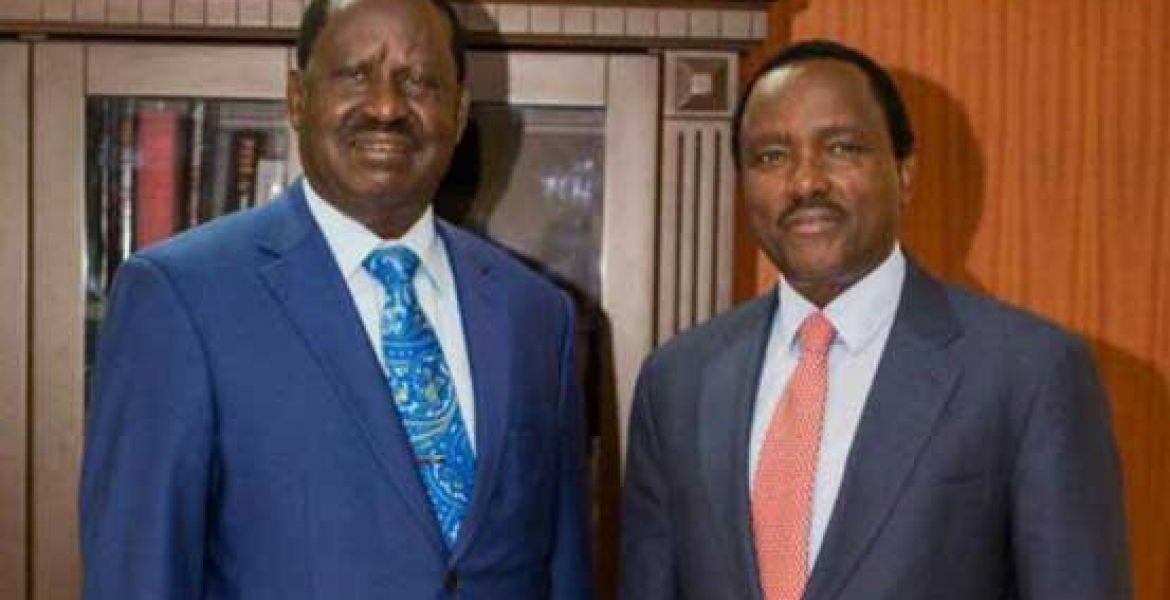 In the suit, Jubilee, through its Secretary-General Raphael Tuju, says that Raila and Kalonzo have been in contempt of the court ruling that nullified the August 8th presidential election. Jubilee says the NASA leaders sent a letter to the IEBC declaring they have withdrawn from the October 26th repeat election but have refused to sign the statutory Form 24A to officially withdraw.

Jubilee also says NASA has obstructed the training of IEBC officials in the NASA strongholds, mainly in Nyanza. The suit specifically says Kisumu governor Anyang’ Nyong’o and his Siaya counterpart Cornel Rasanga have obstructed the IEBC from training staff for the upcoming repeat election.

Applaud that effort however Not when Maraga continues to seat on that bench.,

Uhuru is CURDING Himself by Going Back to His VOMITS (Maraga and Others.

I mean "Uhuru is CURSING Himself by Going Back to His VOMITS (Maraga and Others).

That's a predetermined case as per the #Mikoranetwork#

NASA HAS NO CASE TO ANSWER AS JUBILEE CAN NOT COMPEL A CITIZEN TO COMPETE NOR TO VOTE IN ANY ELECTION. aND WHO IS PAYING FOR THAT SUIT?, HOPE IT'S NOT TAX PAYER MONEY.

I have not seen your name on the Supreme Court bench!!!

Why don't you hold your horses, and let's hear back from the SC. Remember once someone said that this is their time to "redeem themselves".

Uhuru's advisors should be sacked for sleeping on the job. His actions are becoming increasingly suicidal! Kwani he has not realised that Odinga is the judge/court, etc....More money down the drain. In the meantime, I see they have called for a bank holiday on the election day! One would think Kenya is not a third world country they way these leaders are carrying on. All this is costing the country's economy dearly and will take years to recover.

Alafu the poor will get poorer, and the fat cats will be none the wiser! I despair!