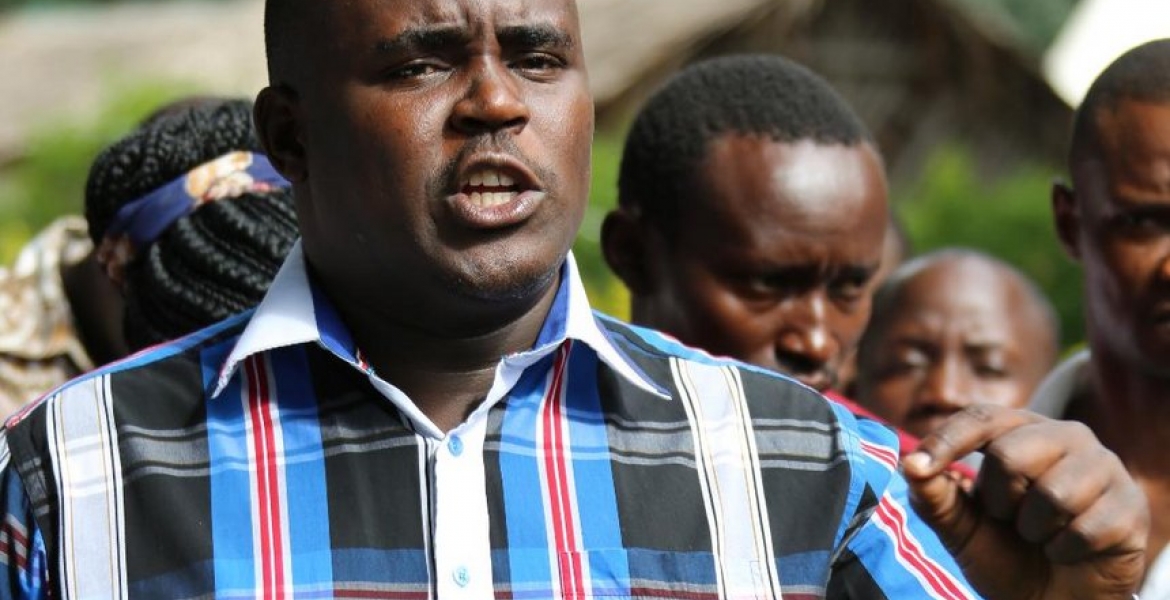 Kakamega Senator Clophas Malala was on Wednesday charged with incitement, following utterances he reportedly made during a NASA anti-IEBC demonstration in Kakamega town on October 13th.

Malala has been accused of inciting his supporters and to boycott the October 26th repeat presidential election. He also reportedly dared anyone to take ballot boxes to Muliro Gardens.

Weka yeye ndani until after elections

It is not incitement it is called standing up for your rights and refusing to be bullied in your own home.People have a right to refuse to vote.A sham election will be conducted in Jubilee zones only .Wacha wajichague, wajihesabu na wajitawale.Kenya belongs to 42 legit tribes but Uhuru can have the Makondés and wahindi when he forms KCA.

Yes, but don't infringe on those who want to vote

Uhuru and Ruto: You have embarrassed our country ENOUGH with your dictatorial tendencies and taking us back to the sad days of the Nyayo era. Those were the days of darkness and death! Your legacy will be that, when you were unable to lead the wise people of Kenya, you resorted to intimidation, unnecessary arrests, and the undermining their rights to exercise their " freedom of speech."

We know that both of you vehemently opposed our current constitution! You are slowly shredding our constitution the way Kenyatta and Toroitich did which they turned our nation into a police state! For goodness sake, in case you think the people of Kenya have forgotten, we know what Toroitich did in Kasarani! He refused to endorse his two former vice presidents (Mwai and Saitoti) to run for the presidency of Kenya when he was outwitted by the people of Kenya of the second liberation and then picked Uhuru after the wise people of Gatundu had turned him down.

Uhuru and Ruto are not fit to run Kenya! Uhuru himself has openly admitted that he is totally unable to tame the corruption which tops all the corruption that took place during his short administrative more than the three previous presidents combined!

If you two cannot tolerate any form of criticisms, just resign and go back to the job that you did when Toroitich rescued you from "no where."

Unless, public speech involves violence, let the people of Kenya enjoy democracy the way it was intended. After all, you two are employees of the people. We pay your salaries. You are not our bosses but our servants. If you cannot accept it, for goodness sake resign and leave our beautiful Kenya alone.