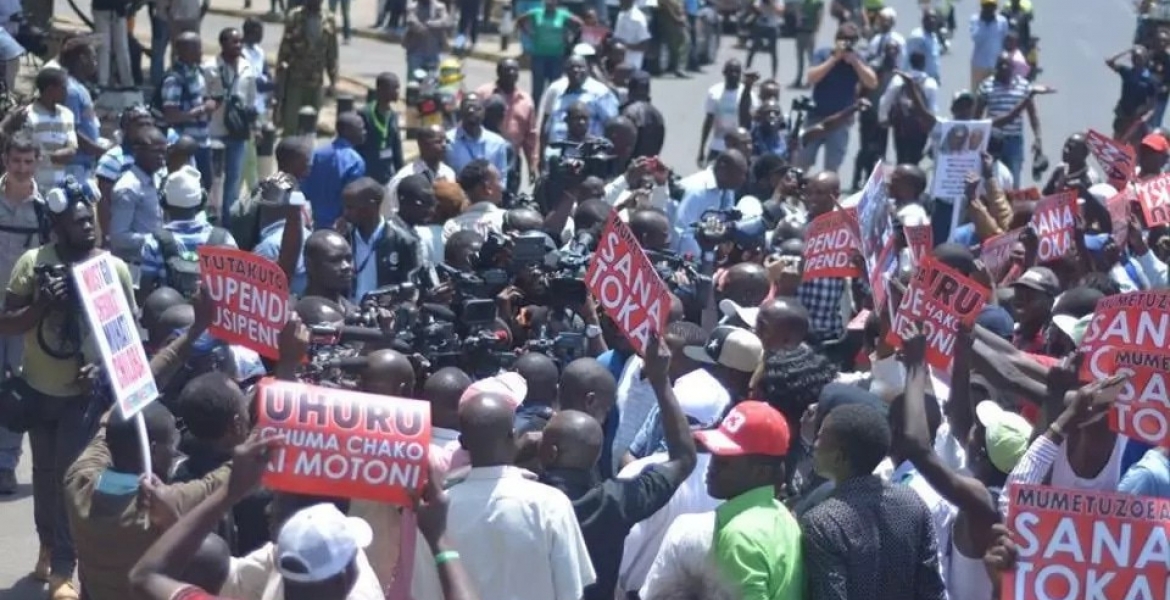 The opposition outfit said that it decided to put off the protests to take time and condole with the victims of police brutality.

In a statement issued by opposition leader Raila Odinga’s spokesman Dennis Onyango, Nasa, however, said the demonstrations would resume on Wednesday.

“This is a temporary step to enable the coalition to attend to the supporters who were brutalized and hurt and families that lost loved ones today after police and State-protected goons descended on protesters and NASA leaders,".

“The protests will resume on Wednesday, October 18, 2017 nationwide. The coalition directs all its supporters to stay off the streets tomorrow and resume Wednesday,” the statement read.

NASA also condemned the excessive force meted on their supporters during the protests meant to demand for electoral reforms within the the electoral commission.

A Form Four student was shot dead in Kisumu on Monday during anti-IEBC protests, while a two-year-old girl sustained injuries after a bullet lodged in her shoulder as anti-riot police repulsed demonstrators. The girl is said to have been playing near their house when the live bullet hit her.

NASA has appealed to local and international rights organizations to “take keen interest in the atrocities being committed against its supporters across the country and provide necessary support to victims in addition to taking actions commensurate with the crimes.”

The opposition outfit has vowed to continue with the daily demonstrations under the banner of “No reforms No elections”, with only nine days to the October 26th repeat election.

Per a Facebook user, one tomato in Kisumu is ksh25 while it's ksh3 in Kiambu. Per the same user "sasa kuleni tilala dry fry and tibim tumbukiza". How long are low income Luos and other Raila cult followers going to continue being used? I have a strange feeling that Jimmy Wanjigi has called from his bunker asking baba to go easy because he's feeling the heat.

Raila you are Bure kabisa. You will be the one they should take action against.. wacha wajinga wafuasi was dynasty continue to keep dying.. support the police 100.. don't throw stones and steal from businesses

The tiger gas been cornered. Thank you to the two Kenyans who filed cases against Raila and Kalonzo at the ICC. Raila has caused deaths of 67+ people due to political greed. He must be tried for these crimes at the ICC.