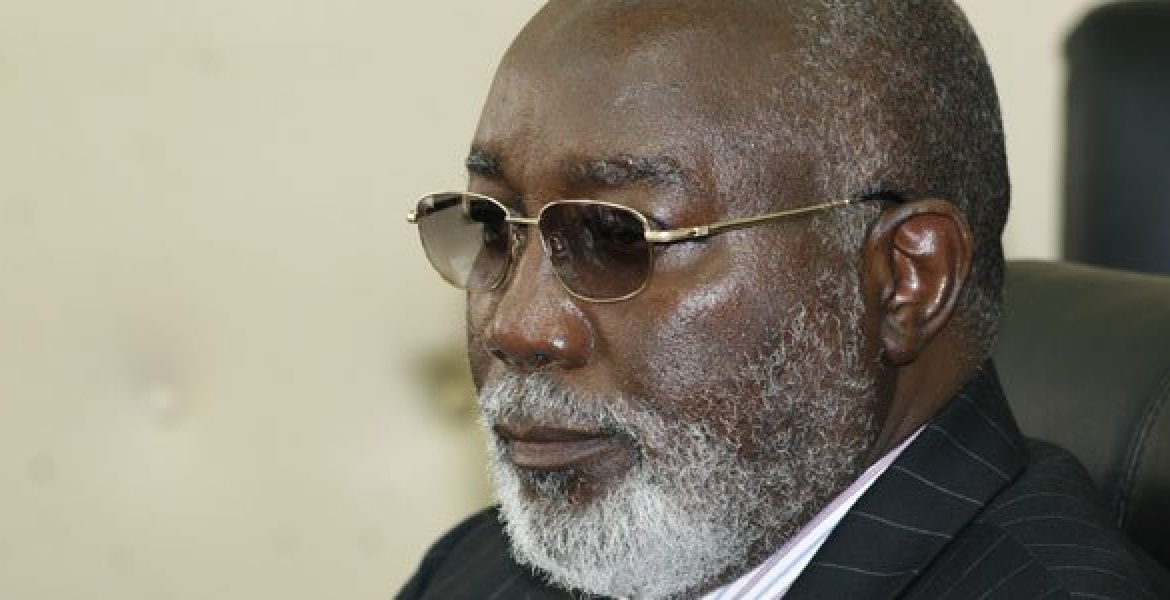 Former Kilome MP Harun Mwau has filed a petition at the High Court seeking to stop Independent Electoral and Boundaries Commission (IEBC) from carrying out the repeat presidential election set for October 26th.

In a suit filed under certificate of urgency on Monday, the politician argues that the fresh election is being held contrary to the constitution and should, therefore, be stopped.

He further points out that after the August 8th election was declared invalid, null and void by the Supreme Court, the electoral commission out to have called for fresh nominations before conducting the fresh election.

He has listed IEBC and and chairperson Wafula Chebukati as the respondents in the petition.
The case by the politician comes barely 10 days to the fresh election.

National Super Alliance (NASA) presidential candidate Raila Odinga has already withdrawn from the race, although IEBC insists his name would be in the ballot as he is yet to sign form 24A to officially pull out of the race.

Mwau you should spending your time and money looking for lawyers who will represent you in NY for drug charges. Soon you will be joining Akasha brothers.

Really, who is Mwau working for?

What do you mean by who is he working for? What if he is working for himself then what? What a stupid question. Do you feel you have to comment on everything even when you do not have a point?

He has decided selling "pain killers" and "other nervine agents" is not giving him enough euphoria and has come out of his lacuna to invest some of his loot in Baba's filthy endeavours. But at least he is trying the Court's way, rather than street terrorism. He won't succeed, but kudos for trying the sane way.

Thank you Ndugu Mwau. It is not too late for the concerned and patriotic Kenyans to save and rescue our nation before it becomes another Zimbabwe or Haiti!

Long live Kenya without the corrupt and incompetent IEBC running another election in our beautiful land of Kenya.

Pengine Harun Mwau anafikilia kusimama kuwa President.
He May think his chances are far much better than that of watermelon Kalonzo Musyoka.
You are time barred fool.
Wait for 2022 as there will not be any new nominations.
Elections or no elections on Oct 26th,Uhuru Kenyatta will be sworn President wapende wasipende.He worn on Aug 8th.
We are sick and tired of this nonesense.

...heard you were sick, you mean Idiocies is not cured yet? G back to you doc.....also get a drug-test...just to be sure. After that please tell us what you did for us when you headed the anti-corruption authority....where a thief was sent to catch thieves and instead used the position to sell drugs big time. Shame on you! You and RAO are worse than murderers!

@ To those who always like to address Raila as "muuaji," I would like to remind you that the truth is finally coming out about those fake ICC trials that happened in Hague. In addition to their favorite word "Muuaji," they must have the courage to include other two "wauaji" who escaped the trial in Hague as a result of "..."! The truth has finally been exposed about what Moreno Ocampo did to those accused from Kenya behind closed doors.

Kenyans are hard to change their minds once they make a decision. Uhuru, Ruto, Raila are not fit to lead the nation because of their "over-the capacity" closets full of " daily rattling skeletons."

Raila is he patron saint for drug barons and why Kabogo who was undercover NASA is now calling for dialogue... Mwau we know why you would love Raila in power even if illegitimately, for protection!!!