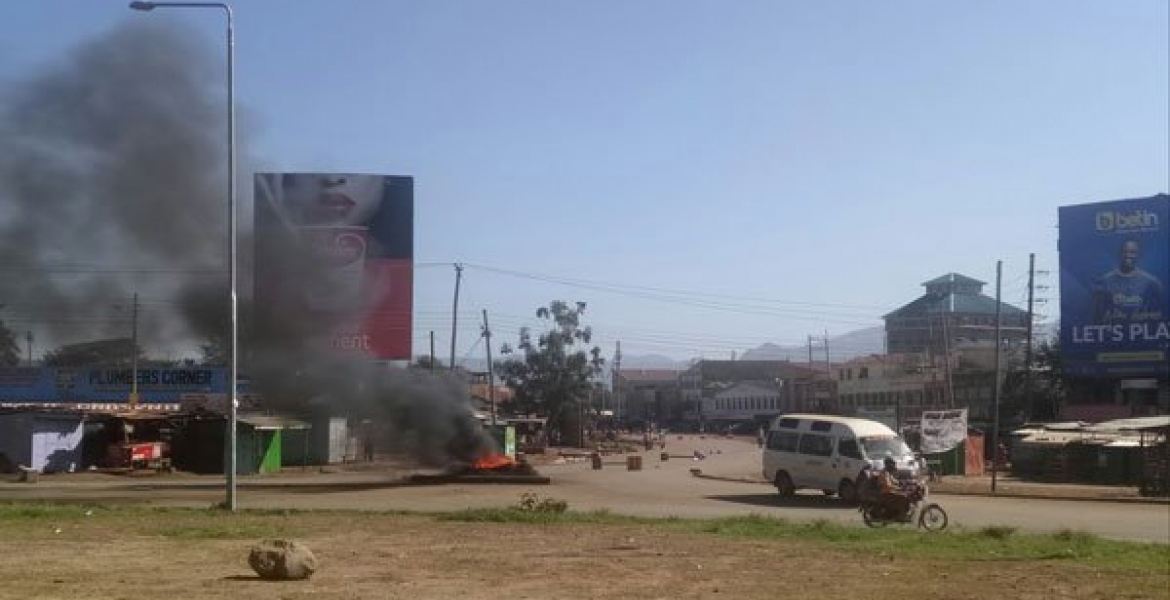 The demos in the lakeside City started on an ugly note as police officers lobed teargas canisters at the protesters, who hurled stones at them.

MP Ouda accused the police were infringing on their rights to protest and picket by using teargas on them.

"We can't be picketing peacefully and we are being tear-gassed. We only want to match to the IEBC offices and present our memorandum," he said.

The residents carried a banner christened "Chiloba Must Go" and no "reforms no elections".

The protests comes after the opposition outfit led by presidential flag bearer Raila Odinga announced they will be going to the streets every Mondays and Fridays to force a section of IEBC officials from office and get the electoral commission to give in to their demands dubbed "irreducible minimums."

Stupid Raila Luo servants, robbers and thieves are the ones creating chaos in Kisumu. Luos, destroy your community and we will not help you rebuild. Hii upuzi kabisa.

Only God can liberate there minds, they are continuously destroying there county, where they live and work, after this who in their right mind would want to invest there? They will permanently be left behind, while RAO enjoy his retirement.

Let them burn their city and livelihood, meanwhile in Nyeri , Embu , Meru, Muranga, etc cows have to be fed and milked looollllllllllllll

Else where in the country people are going on with their daily lives as normal. Who will suffer? Chomeni Kisumu ni yenu. You got a back-up in Mathare & Kibera who will be happy to come and help you when you get exhausted or run out of manpower.