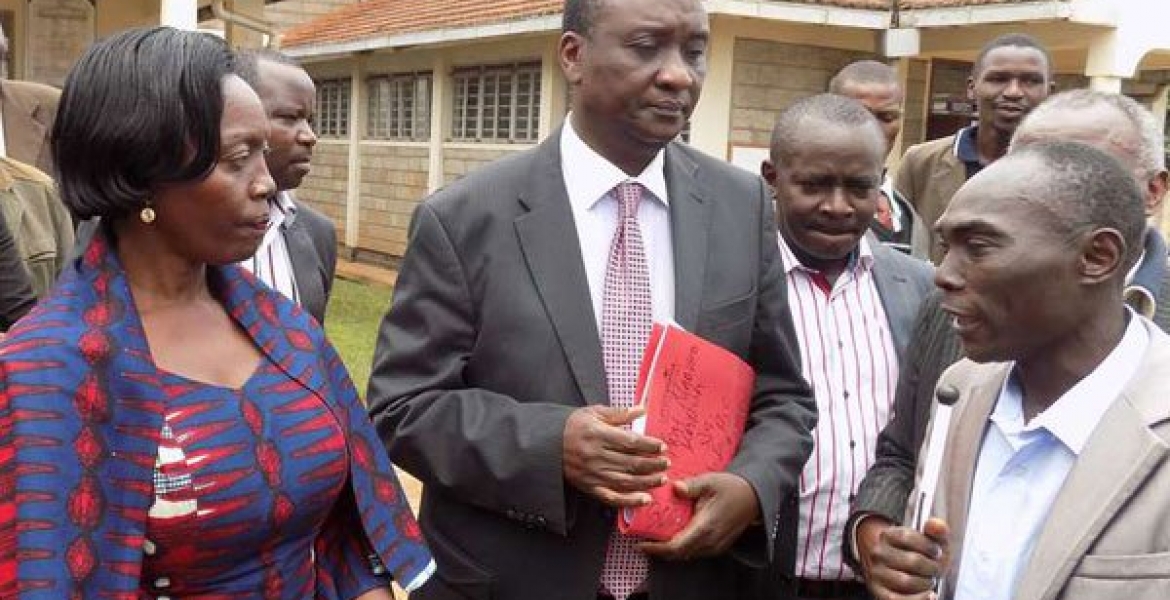 In a defamation suit filed in court, the former Gichugu MP and Justice and Constitutional Affairs Minister argues that the remarks by Kuria were malicious and defamatory.

She also argues that the remarks injured her reputation, as well as her personality as a politician, businesswoman and a lawyer.

Im het submissions before Justice Joseph Sergon, Karua said Kuria's remarks were made in Kapsokwony area in Bungoma County, on September 21st, 2015, at a political campaign “disguised as a prayer rally”.

She submitted in court that she has never held meetings with Kuria nor discussed anything to do with coaching fake witnesses to be paraded by the International Criminal Court prosecutor.

The court is expected to give its ruling on the suit on November 17th.

From an Iron Lady to Bullshit Lady. "THE RISE AND FALL OF A BULLSHITER MARTHA KARUA", Coming to a bookstore near you this fall.

Martha Karua stop your bullshit. Go away for good. You were a lousy loser. Go and hide yourself somewhere under a rock. Just go away.