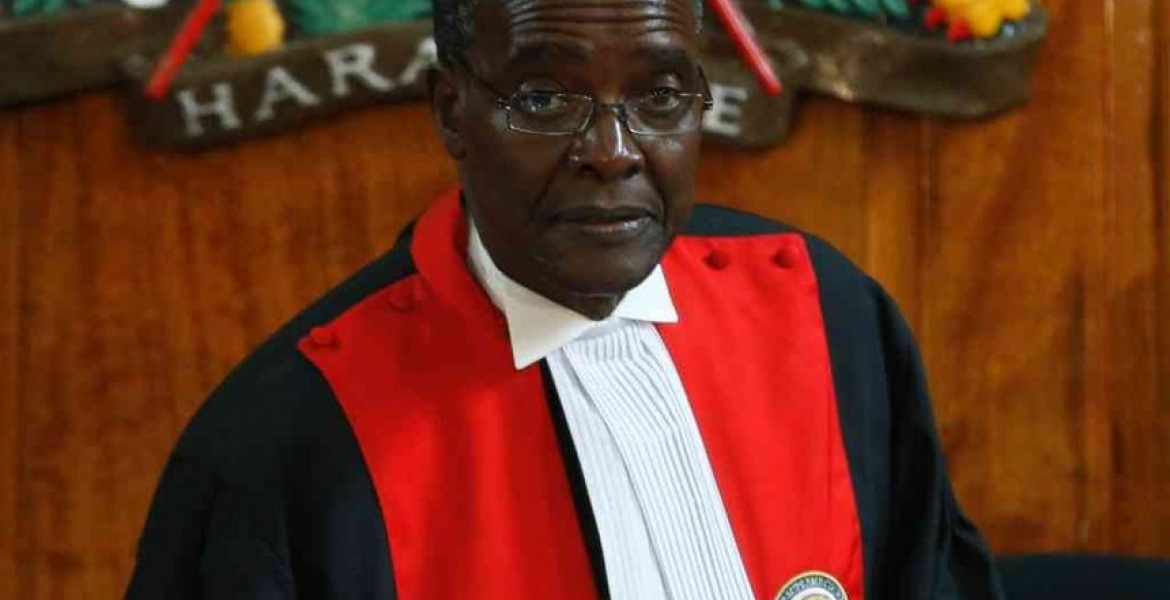 Chief Justice David Maraga says that the Supreme Court will not hesitate to overturn another presidential election if the Independent Electoral and Boundaries Commission (IEBC) fails to adhere to the law in conducting the polls.

While reading the majority ruling on Wednesday, the CJ said the apex court’s consistency and fidelity to the Constitution is an unwavering commitment, and that it won't delay to invalidate presidential election if called upon to determine a similar petition.

In its four-against-two majority ruling, the highest court in the country invalidated the outcome of the presidential election and ordered a fresh poll within 60 days.

However, President Kenyatta and members of his Jubilee Party were aggrieved by the decision and questioned the legality of the four judges cancelling the will of voters.
President Uhuru Kenyatta dismissed the judges as “crooks” and promised to revisit the decision.

"I think those robes they wear make them think that they are clever than the rest of us," President Kenyatta said, taking specific aim at Justice Maraga.

However, Justice Maraga while reading the majority judgement said that under Article 1 (3) (c) of the Constitution, Supreme Court is one of those to whom sovereign power has been delegated.

“All of this court’s powers, including that of invalidating a presidential election is not self-given nor forcefully taken, but is donated by the people of Kenya,” he said.

He said the court took a bold decision because, as judges they have taken an oath, as advocates first and as judges later.

“The legislature in its wisdom chose the words in Section 83 of the Elections Act and in keeping to our oath, we cannot, to placate any side of the political divide, alter, amend, read into or in any way affect the meaning to be attributed to that section,” he said.

“However burdensome, let the majesty of the Constitution reverberate across the lengths and breadths of our motherland; let it bubble from our rivers and oceans; let it boomerang from our hills and mountains; let it serenade our households from the trees; let it sprout from our institutions of learning; let it toll from our sanctums of prayer; and to those, who bear the responsibility of leadership, let it be a constant irritant.”

The four judges downplayed claims that by overturning President Kenyatta’s victory, the court lowered the threshold for proof in presidential elections.

“We do not think so,” the court answered its own question.

You should step down. You did not do your homework under the Law. Njoki and Ojwang did their homework. Explained by their rulings clearly and precisely which made so much sense. Philomena could not even let the words out. You Maraga are so deplorable for the judiciary system in Kenya and i honestly feel you should step down. You are an embarrassment to the counrty and you should be ashamed of your self to lying to the country. You should first address the issue on your compromised Justices before you open your mouth in any way shape and form. You should be suspended from your current role.

8. Better is a little with righteousness than great revenues with injustice.

Yes, Maraga, it is fine to do it again for the right reasons. However, it is wrong if legal decisions are muddled into politically. We know you as a man of good intentions; however, your naivety has allowed Mwilu, Lenaola and Wanjala to cajoled into doing the unimaginable. Be your own man. Remember, power is the people and people can remove you from office through a referendum.

WE DONOT WANT TO HEAR ANYMORE FROM THESE PRETENDER OF JUSTICE. THERE ACTIONS HAVE INTRODUCED ANARCHY B/C OF THEIR LACK OF WISDOM. WE SHOULD NOT HAVE ANOTHER ELECTION B/C THEY SAY SO,SINCE ARE NOT QUALIFIED. THEY HAVE MANAGED TO TURN KENYA INTO UNGOVERNABLE STATE. WE DONOT KNOW HOW KENYA CHOOSE JUSTICES B/C IT LOOKS LIKE THEY ARE NOT QUALIFIED FOR THESE POSITIONS, THERE IS NO VETTING SYSTEM. THEY MUST GO HOME, WILL SHOW THEM WHAT REAL BEES LOOK LIKE NOT THE ONCE THEIR WAGANGA'S SENT YESTERDAY. POWERS OF DARKNESS CANNOT RULE THIS COUNTRY, THE ARMY OF GOD IS HERE AND READY TO DISCHARGE HIS WILL. ONLY THE WILL OF ALMIGHTY GOD JAHOVAH IN THE MIGHTY NAME OF JESUS CHRIST WIll PREVAIL WITH NO AMEN!!!. THERE IS ALWAYS A PRICE TO PAY FOR GOD'S GLORY IT IS WELL.

We need righteousness from the Supreme Court.This outright theft of the majority will of the People by supreme court justices is abhorrent and repugnant.

I think that once elections are done.The Kenyan Public,at an appropriate time really needs to consider.Doing a referendum to ensure that the supreme court of Kenya, never again has the power to annul the clear majority will of the people.This power is being abused by the current supreme court justices.Primarily out of their own ignorance,incompetence and most probably maleficence.However, the will of the people will eventually prevail.The Kenyan Majority is going to continue to vote for Jubilee.The IEBC did a good enough job on august 8th.The election was free and fair.I do not know how much better they can do the next go around.The Supreme Court needs to stop being maleficent.The Supreme Court simply needs to affirm the will of the People.I for one hope that there was a legal and legitimate way to hold this judges accountable for their lack of good judgement and lack of fidelity to the clear will of the Kenyan People.Their bad actions are too great a risk for the overall Peace and Stability of the country.Their actions are also an incredible unnecessary cost to the entire Kenyan Economy.

Maraga is what shame of justice look like. He freed all the people who were arrested for killing people in 2007/08 when he was a judge in Nakuru

This muzee's ego has been inflated. He truly thinks he is a God.

Maranga you need to explain to Kenyans why you stole the will of Kenyans. Its clear that you are project Raila and not working for the best interest of our coutry. How can four judges steal the will of Kenya.