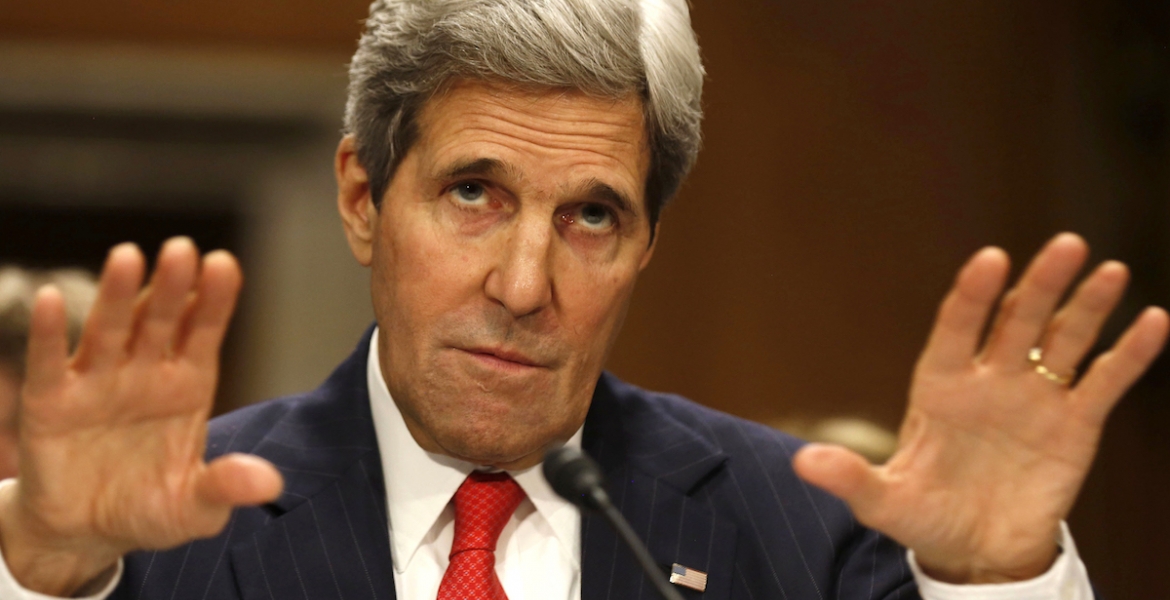 The US Carter Center has dismissed earlier reports that the co-leader of the Center's Kenya election- monitoring team, John Kerry had apologized to Kenyan opposition leader Raila Odinga for declaring the nullified August 8th presidential election free and fair.

There were media reports that the former US Secretary of State apologized to the National Super Alliance Presidential candidate in an interview to the BBC, but the Carter Center has termed the said interview as fake.

"I still maintain my previous position that the queuing, identification and voting at the polling stations were largely smooth and peaceful.” Kerry supposedly added: ”However, I want to sincerely apologize unreservedly to Raila Odinga for severally urging him to concede defeat yet total tally was arrived at through a flawed process.”

Carter Center spokeswoman Soyia Ellison clarified that Kerry did not have such an interview with the global broadcaster.

“This is, indeed, a fake. John Kerry did not give an interview to BBC or anyone else,” Soyia told Daily Nation's Kevin J. Kelly via e-mail.

Director of the Carter Center's democracy programme, David Caroll warned in a separate message that “it's easy for fake news to spread.”

“It’s important for citizens all over the world to make an extra effort to confirm that what they read or hear comes from a credible source.” Caroll said.

One week ago, Kerry in a commentary on New York Times co-written with former Senegal Prime Minister Aminata Toure said: “Multiple media reports suggested inaccurately that we and other international observers had declared the election free and fair,” Mr Kerry and Ms Toure wrote.

“Our preliminary report two days after the election insisted that the tallying process was in progress and that an overall assessment could be provided only after the process was complete.”

“We also indicated that the electronic transmission of results proved unreliable, with electronic scans of results forms not arriving as planned at constituency-level tally centers, where the results were tabulated.”

Mwakilishi carrried a story on September 17th on the above topic. We retracted the story as soon as we realized it was not factual. We sincerely regret the error.

Corrupt NASA compromise of Mwilu and Lenaola led to nullification as part of by hook or crook. Who would apologize to mwizi. Everyone realizes the win was stolen froM Jubilee by four people. Ngonjeni mtaona.

Thanks Secretary Kerry. We trust you and have Faith you. Raila is a habitual chronic whiner to advocates for violence and has costed tax payers lots of money with his selfish egocentric sinful greed. This time I am sure the country will put him behind once and for all. We want peace. Uhuru won the elections. We admire your leadership President Uhuru and you have preached for us to have peace. We are behind you president. Maraga has not yet even made any public comment on the issues sorrounding his compromised justices yet he came out chest pumping himself with raspy throat causing ear sores that "I will defend constitution at any cost" Mr. Maraga why don't you start with your bench member first before a country. You have dishonored your oath of office. You are deplorable and sickening image to our judicial system. You must admit or denounce this justices for what they have done unless you were part of the scheme. I am so disappointed that we have wasted money with repeat elections and money that could have been used to build roads, schools and hospitals. Professor Saitoti said "there come a time when the country comes first" you Maraga and your compromised justices have pulled us down. We leave to God to deal with you as you did not honor your oath and protect us from power hungry and invoker of Violence Mr. Raila Omollo odinga

I commend Mwakilishi for reminding me that not all we read can be trusted. This however is not true with the fake, corrupted, compromised judges at supreme court who have the gull to read aloud a judgement on IEBC while they themselves can't hold a candle on honesty. They should remove the big big log in their eyes before removing a speck from the rest of the eyes.Shame on them.

I think NASA has invested a lot in media and social media, courts and independent institutions, expats and fake experts, fake evidence and fake news-No wonder,apparently no one is calling them out.